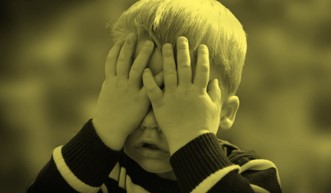 I grew up in New York and New England, spent two college years in Pittsburgh, and lived five years in both Chicago and New York City. I know how cruel winter can be.

But they’re dark and they’re gloomy.

On days like today, when the wind is strong and sharp and the temperature is low and the sky is clotted with thick dark clouds even when the sun is in the sky, it is very keenly felt.

There’s been a lot of American coverage in the Danish news lately, what with the mid-terms and Trump’s announcing his presidential candidacy and Biden meeting with Xi. None of it is anything other than what you’d expect.

It’s all secondary to coverage of the negotiations to form Denmark’s new government: they’ve been underway for two weeks, now, and everything’s still up in the air. Political analysts are now saying out loud that they believe a coalition between what have historically been the two biggest parties in Denmark—the Social Democrats and Venstre—is now not merely thinkable, but likely.

According to TV2 News’s analyst:

…the negotiations have not yet entered a stage where policies are being negotiated. Instead, they are in the process of finding out if there’s even fertile ground for talking further.

“You can compare it to dating. It can be difficult to determine whether there’s potential after one or two dates, but when you’ve seen each other eight to ten times, you know well whether you want to make it a more permanent relationship,” he says.

Will it work? Danish precedent isn’t encouraging, as TV2 notes in an inset:

To apply the dating metaphor, I guess you could say they decided to give the relationship a try but after fourteen months they realized they’d had enough of screwing each other.

I want to go back to Donald Trump’s “big announcement” just to lay my marker on the table.

For me—and for many like me—it’s not the man, it’s the mission.

The mission for American conservatives is to make America conservative again. Lower taxes. Law and order. A functioning border. Energy independence. A muscular military enabling peace through strength. Bringing strategic industry home. Peeling away the layers of sclerotic administrators clinging like barnacles to the hull of our ship of state.

And that’s not even touching on the culture wars: they’re obviously also “a kind of a thing,” as Danes often say when speaking English.

For conservatives to win federal office in competitive districts, they must have the support of the entire Republican base, a majority of Independents, and even a few centrist Democrats.

Anyone who followed election-night coverage of the 2016 presidential election surely remembers all the talk of pathways. Every time a state that had been expected to go to Hillary Clinton went to Trump instead, Wolf Blitzer (or whoever) would quickly point out that she still had a pathway to victory if for example she could just hold onto Wisconsin, or pull ahead in Ohio, or if the turnout in Miami-Dade was enough to offset the rest of Florida… those are made up examples because I’m too lazy to go back and look up what order states were called in, but it was all about pathways.

Until there was no pathway left: Just a dumbfounded Wolf Blitzer standing mute with shock.

Well, that’s where Donald Trump stands right now. A man with no possible pathway to the presidency.

Now officially running for president, to the wild enthusiasm of his die-hard supporters.

Just to make myself perfectly clear: I said I thought he’d be fine president if he were elected, and I meant it, but he’s not going to be elected. That’s just my opinion, obviously: the future’s always an unknown country and anything can happen.

But he’s going to run even though his pathway to victory is a titanium wall.

Can he serve the mission anyway?

I came across a commentator yesterday who made the case that he could.  I can’t remember who or where—only that it was a female commentator I wasn’t familiar with—but her basic premise was that a Trump run could provide stray voltage that would keep the media and Democrats distracted from other candidates, allowing one of them to sneak into the general election relatively unscathed by the media hit jobs all Republican presidential candidates usually endure.

It’s not entirely crazy, as far it goes, but it doesn’t go far enough.

It ignores all the damage Trump himself will  inflict on the other Republican candidates.  Candidate Trump is a killing machine: just ask low-energy Jeb, little Mario, or lyin’ Ted.  Crooked Hillary isn’t the only one with the Trump tank tread marks on her back.

But that’s great! one might argue, if he’s really that good at vanquishing his Republican opponents, then he deserves the nomination so he can do to Biden (or whoever) exactly what he did to them!

Except he can’t.  There are too many Trump antibodies floating around the electorate now. It’s no longer 2016.

He may very well win the Republican nomination, but the left, the center, and more of the right than the rump Never-Trumpers are never going to vote for him as president, ever. They’re done with him. Their minds aren’t going to change. For god’s sake, Pennsylvania Democrats just elected a glorified cabbage to the U.S. Senate rather than endure a guy associated with Trump.

And as we saw last week, his attacks on Ron DeSantis (“DeSanctimonious,” “Average Ron”) and Glenn Youngkin (“Sounds Chinese,” “Couldn’t have won without me”) aroused a surprising amount of pushback even from the Trump faithful.

He says he didn’t win in 2020 because the election was rigged against him.  That’s why it was so important to get more even-handed secretaries of state elected into office: to prevent the same thing happening in the future.  (That is, they would “fortify” the 2024 election for him the way Democratic secretaries of state “fortified” the 2020 election for Joe Biden.)  Every single secretary of state Trump supported in these midterms lost.

If Trump is correct and the system was rigged in 2020, then it’s still rigged because the effort to unrig it failed. That’s his own logic talking.

If Trump is committed to the mission of making America great again, he’s going to have to do it in a role other than that of president.

Which suggests to me that either he’s putting himself above the mission or he’s wildly deluded.

Either way, his presence in the race seems to me a net negative for American conservatives.

For the record, I’m not Never Trump; I’m not even anti-Trump.

But I’m for the mission, not the man, and I don’t see a Republican presidential victory possible in 2024 without Trump stepping aside and then actively and enthusiastically endorsing and supporting that candidate.

Would he do so? Could he?

That’s my two cents, and I find it depressing, but what the hell: it’s probably just the darkness.