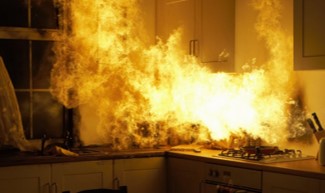 AUDIO NOTE: The audio experiment continues, and there’s always lots of bonus content in the audio—also a lot of fun mispronunciations, word bobbles, and the occassional unexpected background noise. That’s what makes it an experiment rather than a smooth and polished production. Today, for example, keen listeners may detect the occasional background shriek from youngest—even though she’s shrieking (with joy as she plays Minecraft online with friends) from her own room, down the hall, and with two closed doors between us. Keen listeners will also be delighted to learn that I remembered to silence my phone before recording today. Also, Dog does not bark.

Taxpayer-funded, state-controlled Danmarks Radio (DR) is rushing along with the American establishment herd.

This is a full-length article attributed to two journalists and given fairly prominent placement on DR, and yet its headline is contradicted by its own reporting:

There is no overall overview of how many Danish users have actually moved to Mastodon.

That’s from one of the closing paragraphs—the 30th of 33 total paragraphs in the story.

The headline isn’t derived from the reporting, but from DR’s apparent policy of parroting American establishment narratives without questioning them.

That’s problematic in an era when the American establishment has lost its collective mind.

It’s like watching a friend get rip-roaring drunk, stagger out to his car, and start it up—then shouting “shotgun!” and rushing to get in the passenger seat.

Here’s how things open up:

These are some of the hashtags that currently abound on the social medium Twitter, which has recently been exposed to massive criticism after the wealthy Elon Musk bought the medium.

Among other things, firings of around half of Twitter’s employees and a reopening of former US President Donald Trump’s account have caused some Twitter users—including numerous Danes—to flee.

And it is to the advantage of the much smaller social media Mastodon.

The phrase “massive criticism” links to a DR article entitled “Biden criticizes Musk after mass layoffs at Twitter.” That was certainly honest reporting: the American president had indeed criticized Elon Musk quite publicly.

“Elon Musk is going out and buying an organization that spews lies all over the world,” that article cites the president as saying.

That’s a fascinating formulation because in typical Biden fashion it spoke a truth it wasn’t intending to: Elon Musk bought an organization that was already spewing lies all over the world.

Lies of one political flavor, naturally. And even truths that didn’t conform to the correct political narrative were often suppressed.

Musk’s stated intention was to open things up to allow lies (and truths) of every political stripe to be spewed all over the world. That’s his sin, that’s what’s driving the left crazy. Twitter was their place to promote their lies and brush aside anything that contradicted them. And now Musk is going to let just anyone come along and tell their own lies without any censorship at all?

In their frenzied hysteria—and it’s genuinely pathological, there’s nothing reasonable or logical about it—what are all the politically obsessive leftists doing?

According to DR, they’re rushing off to a similar platform called Mastodon.

Several well-known Danes and active Twitter users have already registered on Mastodon. On the platform you will find acting health minister Magnus Heunicke, the musician Pernille Rosendahl and former member of parliament Uffe Elbæk , among others.

The latter has, according to his own statement, put his Twitter on “stand by” in favor of Mastodon.

“I could not see myself in Elon Musk’s ethics and the lack of seriousness in relation to what one wants to allow and not allow on Twitter,” says Uffe Elbæk.

Uffe Elbæk: a beacon of seriousness in an unserious world.

Note that Elbæk didn’t leave Twitter: DR says he just put it on “stand by.” But that’s not a thing you can do on Twitter, and Elbæk didn’t say anything like that in his swan song tweet. What he said (link goes to his tweet) was “Therefore I will in future be found primarily on Mastodon.”

As one commenter noted, “So you’ll just be on Twitter secondarily?”

A moral stand for the ages!

(For readers unfamiliar with Uffe Elbæk, in 2017 the press director of the political party of which Elbærk was the leader sent out an email to the party’s members recommending they send him pictures of their limp penises to be combined into a collage. Elbæk himself would later concede it was a bad idea, and it clearly was, but his stewardship of the party has done very little to establish him as a voice of seriousness among the roughly 97% of Danes who aren’t Alternativet members or supporters.)

Mastodon is a distributed service without central control. Here’s how DR describes it:

Mastodon is not a traditional social media, but works as a so-called “decentralized network” of servers.

While the governance and moderation of a medium like Twitter is generally centrally managed by Elon Musk and the company’s management, the users who create a server themselves control that platform on Mastodon.

The aversion to the centralized technical administration of Twitter expressed by Elbæk and so many Twitter refugees like him is hard to take at face value. Musk’s expressed ambition all along has been to provide less central administration of the medium. Anyone suddenly claiming to leave Twitter because it’s centrally administered is either being disingenuous or advertising their own stupidity.

But even though Mastodon works completely differently from Twitter, the two media are still very similar in their form. Therefore, according to Maia Kahlke Lorenzen, it makes sense that the increased interest in Mastodon comes precisely now, when Twitter’s future is under discussion.

“If people slip away from Twitter because they are tired of Elon Musk, then they’re also hungry for a real alternative that cannot be bought by a billionaire,” she says.

One of the advantages that Mastodon highlights is, among other things, that there are no algorithms that control what users are shown.

Leaving all that aside, however, one is still left scratching one’s head over the purpose of this article.

Some users are leaving Twitter for another service called Mastodon because they don’t like Elon Musk. That’s what’s happening. DR evidently saw all the breathless headlines coming out of America and wanted to join the frenzy. So they did.

And in doing so they tried to portray a mob freakout as something grounded in sound, rational thought.

And why not? Their peers across the Atlantic were doing it:

“In light of the uncertainty around Twitter,” intoned a very sound and rational CBS News correspondent last Friday, “and out of an abundance of caution, CBS News is pausing its activity on the social media site as it continues to monitor the platform.”

CBS News stopped tweeting out of an abundance of caution.

Caution? What were they afraid might happen? Did they think terrorists were going to leap out of their Twitter feed and attack them or their viewers? Were they concerned that Elon Musk was going to reach out through the Twitter app and pick their pockets? What danger did Twitter pose to CBS News, its owners, its subsidiaries, its viewers?

This is a news organization that routinely sends journalists into war zones. Here’s Holly Williams reporting just a few weeks ago from the civil war in Yemen, for god’s sake. That’s apparently okay. No caution required for civil wars.

Death toll from Musk’s purchase of Twitter? No statistics available. (My god, what is Musk hiding?)

So yeah: CBS News will send a young female journalist into a hot civil war, but sending short snippets of text onto a social media platform?

Too risky. Too uncertain!

And what on earth does it mean that they’re going to “monitor the platform?” Since as far back as the 1990s there’s been a word for people who browse interactive sites online without contributing to them: lurkers.

CBS News actually announced on-air, during a prime time newscast, in all seriousness, that they were implementing an official corporate policy of lurking on Twitter.

It only took them a little over 24 hours to conclude that Twitter was indeed safe for themselves, their affiliates, their sponsors, and their viewers, and I’m happy to report that CBS News operations have resumed on Twitter.

And a good thing they stayed on Twitter: journalists have found themselves embroiled in censorship controversy already, with their own journa.host—the sanctuary to which so many flocked as they fled the Insane Bloodlust of the Fascist Musk—being banned by dozens of other servers as “transphobic.”

And they’re apparently upset they can’t get themselves unbanned because there’s no central controlling authority to unban them.

The stupidity of our ruling class cannot be overestimated.

Surely there are intelligence tests for establishment news outlets, but I have to wonder just how low one has to score to make the cut.

So be sure to listen up real good to everything they say.