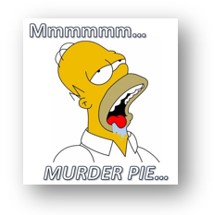 In 2021, an average of five women or girls per hour globally were killed by a partner or family member in their own home, according to a new report from the UN, according to Ritzau.

A total of 81,000 females were murdered globally last year, so more than half of them were murdered by a partner or family member in their own home.

“We need a joint effort on the part of society that fulfills the right of women and girls to feel safe—at home, on the street and everywhere,” says Director of UN Women Sima Bahous.

I don’t know that anyone has the right to feel safe “everywhere”—but I won’t quibble with semantics here, even though every word that comes out of the United Nations deserves to be thoroughly thrashed with quibbles.

Let’s just agree to agree that women and girls ought not to be murdered, in their own homes or elsewhere. By lovers, friends, or strangers. We don’t really need to make it any more complicated than that, do we?

Anyone disagree with the statement “Women and girls should not be murdered?”

What kind of joint societal effort would make women and girls feel safe from being murdered at home, on the street, or anywhere?

I’m in favor of anything we can do along those lines, as I am strongly against women and girls being murdered by anyone anywhere, and I’m proud to say that’s a position I have supported my entire life.

Murdering women and girls is a crime in both of my countries—Denmark and the United States—and beyond being a violation of the criminal code, it’s also strongly discouraged. There are taboos against it; it’s frowned upon in virtually every stratum of society.

Is it possible there are other societies in which the murder of women and girls is not illegal? Where, even if illegal, it’s not discouraged or at least frowned upon?

If there are, maybe that would be a good place to begin our “joint societal effort.”

Even within our own societies, however, the illegality and social mores against the murder of women and girls obviously aren’t enough to prevent such horrors from taking place.

It might help to openly acknowledge that there are such things as women and girls, and that because they’re smaller and weaker than men they’re more vulnerable to violence from their partners.

It might help to support rather than demonize law enforcement.

It might even help to normalize the notion that in many circumstances women and girls depend upon men for protection, and that it’s therefore a laudable thing for a man to be protective of the women and girls in his life—and even of women and girls who are strangers to him.

This would of course require acknowledging the differences between men and women, and women’s physical weakness in relation to men, and a certain feminine dependence on masculine chivalry and gallantry in certain circumstances—or at least, a dependence on men being kind enough to intervene on their behalf should violence befall (or threaten to befall) them.

Chivalry? Gallantry? Differences between the sexes?

It may not be the same people making both of these demands—although I suspect in many cases it is—but they’re irreconciliable to the core. Either all women are the equal of all men in everything, or women are weaker and more vulnerable creatures needful of male protection.

I can hear an argument being formulated: women don’t need men’s protection, Greg, they just need men not to murder them!

The good news here is that some chivalry already is at work, because men don’t murder women at anywhere near the rates that men murder men.

Globally, about four males are murdered for every female.

(Obviously that’s just part of being a man, however, or I’m sure the UN would get right on it.)

The global statistics are interesting, however, in that as a general rule of thumb, the more “westernized” the country the lower the overall murder rate—but the higher the share of female victims. A corollary: murder rates are generally much higher in the southern hemisphere, but females make up a much smaller share of the victims down there.

Iceland only had a single murder in 2013, and the victim happened to be a woman, so they actually led the world with their 100% female murder rate. Their per capita murder rate (0.3) was the second-lowest in the world, behind only Singapore (0.2).

Japan, South Korea, New Zealand, Latvia, and Switzerland were the only countries on earth besides Tonga and Iceland in which more women than men were murdered.

South and Central America had plenty of murders, in raw numbers and per capita, but women accounted for less than 10% of the victims in Panama, Honduras, Nicaragua, Venezuela, Ecuador, Colombia, and Belize. Greece and Luxembourg were the only other countries with less than 10% of homicide victims being female, but unlike the others in that group they had relatively low murder rates.

In Germany, Norway, Finland, Czechia, Belgium, Slovenia, Hungary, Croatia, and Austria, between 40 and 50% of all murder victims were female.

The only non-European countries in that range were India and Brunei.

I repeat: in general, the more westernized and the further north the country, the lower its per capita murder rate and the higher the ratio of female victims.

I bounced these fascinating facts and figures off Herself, and she was unsurprised.

“Well, that’s because most murderers are men, and men usually kill people because they’re fighting with them and it gets out of control, so the freer a woman is to fight with a man, the more likely it can escalate to where he’ll kill her.”

I think that’s a bingo.

Equity’s a bitch and then you die.

Quite a conundrum for the UN, though: freedom and rule of law seem to correlate to fewer murders in any given society, but the greater the equality between the sexes, the higher the ratio of murdered women.

I’d suggest the UN drop the project altogther: the statistic that correlates best to fewer women and girls being killed is the homicide rate among men. The lower the murder rate for men, the fewer women are murdered alongside them.

So let’s just focus on getting people to understand that murder is bad. Shouldn’t be too hard—a hashtag or two ought to take care of it. #Don’tMurderAnyone might be a good one. Maybe engrave it on a stone tablet or something?

After all, a bigger slice of the murder pie isn’t such a bad thing if the pie itself is shrinking.

And that pumpkin pie ain’t gonna bake itself…