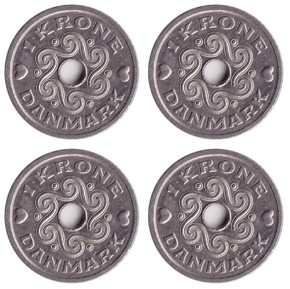 There’s a lot of stupidity in the Danish news today but a couple of days ago there was a sign of lucidity. That’s worthy of note.

The new Danish government—the monstrous red-blue-purple “technocratic” government installed as a consequence of the November election—has made one of its first priorities the demonstration of its economic ignorance.

Or, more charitably if less excusably, a demonstration of their assumption of the economic ignorance of the Danish people.

They want to drop one of the big national holidays (Store Bededag, or “Great Prayer Day”) to raise funds for the national defense. I mentioned this a little before Christmas without going into any real depth because the holidays were upon us and I was feeling very merry.

Even Danmarks Radio (DR), usually a reliable cheerleader for stupid ideas, seems to consider it at least worthy of debate:

Everyone has to work a little more, so that we can contribute more money to the Danish defense earlier than otherwise planned.

That’s the argument from the SVM government when they propose to abolish Great Prayer Day.

But former Social Democratic finance minister Bjarne Corydon thinks that is “too clever by half.”

Bjarne Corydon is, like all social democrats, wrong about a lot of economic issues, if not all of them. But he’s got this one exactly right.

The logic is that you get money somewhere and communicate that you want to send it somewhere else. And it’s a message that can be understood…

(But) it doesn’t fit. It’s not right. Because the banknote numbers are not written down in the state finances. The money that comes in goes into the big box and is used for all purposes—not just for a specific purpose. Therefore, it is more a communication (strategy) than a reality.

Money is fungible. From the Cambridge dictionary:

Imagine for a moment I was a wildly irresponsible drunken maniac who spent thousands of dollars a month boozing it up with his friends. One day I get fired and my family has to survive on my wife’s income. She wants to talk it over, but I tell her I have no time, I’m on my way to the bar—I’m running late!

“Don’t be silly,” I say. “I’ve always used your salary for booze. My salary covered rent and groceries, so that’s where we have to cut back!”

Everyone understands the stupidity of that argument. Everyone. It’s beyond obvious: it’s a joke. Fungibility is like gravity: you don’t have to know the word or its meaning to understand its operation.

So when our own government says, “we don’t have enough money for defense, so we’ll take this holiday away to make more money for defense,” the sheer stupidity is something everybody ought to understand immediately.

You want to spend more money on defense? Move money away from something else into defense.

Corydon calls the sleight of hand being practiced by our new “technocratic” government a rhetorical “trick.” But it’s not a trick. There’s nothing clever about it. It’s just dumb.

To their credit, DR actually presses the Social Democrats’ financial spokesperson, Benny Engelbrecht, on the issue:

Question: But it’s an overfunding—you have to use the money for three years, and then we have to work more forever?

Or we can use it to, for example, finance the green transition.

That’s not what’s being communicated?

We are talking about something that’ll come around after 2030. It’s really nice to be able to look forward to the fact that there might be some money that we can use after 2030. But in the real world, we have to deal with to how we finance things until 2030.

Do you not recognize the argument that the money that comes in is not earmarked for where it is going?

In a large perspective, that’s true. But in the near perspective, where a concrete agreement is made, it will almost always be clear how it is used and how it is obtained, so that income and expenses balance.

It is not stated in the government’s foundation how much money is expected to come in with the abolition of a public holiday. Therefore, it is unknown whether it is sufficient at all—or perhaps far too much for what needs to be spent to boost our defense. How can you say, “This is going to fund what we want,” when you don’t even know how much money is going to be on the table?

It is clear that we hope that this can fully cover the increased defense costs. I am also quite confident that we will get some good numbers.

Notice a couple of things: he makes it clear the government has no intention of restoring the holiday once the defense increase has been funded: he suggests the government will just find something else to blow the money on and throws out the “green transition” as an obvious sop to the greens.

Then he acknowledges all the objections to the stupidity of the premise—and stands by it anyway. Because he’s confident “we can get some good numbers.”

We’ve underfunded our defense for decades. There’s a war raging just a few hundred kilometers away—nothing but Poland between us and the rain of Russian missiles and kamikaze drones—and we’re going to make ourselves ship-shape by cutting a springtime holiday out of the calendar.

As silly and stupid and obviously fraudulent as it is, all they have to do is keep saying “we’re dropping this holiday to fund our defense (and if there’s money leftover we can use it for the environment—squee!),” and whether or not anyone believes it, merely having made the claim lets them counter any criticism very handily:

It’s not a bad strategy: just barf up any old absurdity, and instead of defending the absurdity itself attack your critics for opposing all the magical wonders your absurdity is supposed to accomplish.

And how can we tell the difference?

One of the things that annoy me most, is that they don’t even attempt to make it make sense.

They have only admitted to increase the spending in 2030 (to reach the 2% it should always have been), but the holiday is to be abolished in 2024. There’s a snowball’s chance in Hell that the government is going to save up the supposed increase revenue for 6 years.

Also, if they are using the war in Ukraine to justify this measure to increase military spending in 2030 rather than 2033 (wow! such urgency!), they are obviously expecting this war to last for a long time.

Maybe they can save the money in Al Gore’s celebrated “lockbox”… it’s just been gathering dust since the early 1990s.