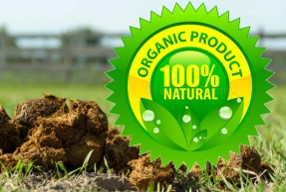 Danmarks Radio (DR) ran an interesting article over the weekend:

You’re being cheated more than you think: here’s how to see through companies’ green lies
Kasper Madsbøll Christensen, DR.dk, January 14

The ostensible purpose of the article is to help readers recognize when to be skeptical about product claims of climate friendliness. The answer is always, but that wouldn’t make for a very good article so they string it out for a couple of hundred words.

The article assumes that the reader cares deeply about living the greenest life possible—and is either a little insane or profoundly stupid, and lacking all common sense.

And if you have difficulty discerning what is a green lie rather than a green solution, you are hardly alone.

We have therefore allied ourselves with the chairman of the Consumer Council Tænk, Anja Philip. Below, she guides you to find out when there is actually reason to have a green climate conscience.

The last sentence is a little confusing—it’s not my translation, it’s also bad in Danish. Anja Philip isn’t guiding DR’s readers to discerning when they should have a green conscience.  Her assumption, and DR’s, is plainly that we should all have a “green climate conscience” at all times.

What she’s actually doing here is trying to help people who already have a green climate conscience avoid falling prey to misleading or dishonest claims of verdure.

“We begin with a trip to the supermarket,” the journalismist begins.

And promptly launches into a discussion of animal welfare.

So right away we know this particular shade of green isn’t really about saving the planet, but religion.

“Common sense and justice,” Anton Chekhov wrote in a letter to his friend and publisher Alexei Suvorin in 1894, “tell me that there is more love for man in electricity and steam than in chastity and abstinence from meat.”

Chekhov was mocking Leo Tolstoy, whose spiritualism was so exaggerated that his own wife was often compelled to ask if he wouldn’t mind taking some time out from saving the Russian people to tend to his own children.

There’s nothing wrong with caring about animal welfare but it’s not an environmental issue.  So either everyone involved in the production of this article doesn’t understand what “green” means, or “green” has become a synonym for “good.”

I lay that out as an either-or proposition because logic seems to demand as much, but there’s nothing either-or about it. The GLOB has decided that good is green and green is good. By the same token, anything that is not green is bad, and nothing that’s bad can be green.

From the grocery store we move on to clothing.

Philip explains how hard it is to interpret the various labels used by clothing manufacturers, and basically throws up her arms:

If you want to be truly sustainable and do something for the climate, Anja Philip encourages you to look at what you have in your wardrobe instead.

“There’s an enormous burden in producing new clothes, and it takes place at such a high pace that some newly produced clothes go straight to incineration before they’re sold. So use what you have. And pass on what you don’t use to good friends and acquaintances who might want to use it.”

Next we move on to cars.  That’s an easy one.

“You should never believe that cars are climate-friendly or sustainable. Regardless of whether it’s an electric car or a traditional gasoline or diesel car, there’s a lot of climate and environmental impact in the production of cars and batteries. It will always be a burdensome form of transport.

“The best thing to do is to walk or cycle. Period. And if you don’t have the opportunity or desire to because it’s too far, then it’s best to use public transport. The train usually comes out best when you do the math in relation to other forms of transport.”

From cars we move on to air travel, and Philip doesn’t mince words: “The best thing is not to fly.”

All of this surely seems discouraging to the DR reader hoping to do satisfy the demands of the green clergy—is salvation impossible at any price?—but the article anticipates that:

Can you really do anything right?

The short answer is: Yes!

And if it seems unmanageable to familiarize yourself with animal welfare concerns, clothing production, and climate compensation for air travel, there are still some easy—and quite concrete—things you can do…

“We have to use our food and use our things and appliances longer. It’s no good for sustainable development or our pocketbooks when we throw away food or replace our electronics and appliances too quickly.”

Who defines “too quickly,” I wonder?

“It is (good for sustainable development and our pocketbooks), on the other hand, when we use things up and we store them correctly, repair and maintain them. So don’t buy more than you need and make sure you use it for its full lifetime. Food can often last longer than it says on the packaging. And if you end up with too much food anyway, freeze it and use it another good time.

“Then you actually have very good reason to have a greener climate conscience.”

So while you’re expected to eat only the meat of animals who were raised and killed humanely and to wear your clothes until they disintegrate or can be pawned off on others, and you shouldn’t own a car or travel by airplane, you can consider yourself pretty well green as long as you’re not wasting anything.

That’s good and sensible advice. Waste is, after all, wasteful. Waste is intrinsically bad regardless of your politics or philosophy. There’s no movement I’m aware of advocating specifically for waste for its own sake.

If the green zealots were serious, if they wanted to minimize pushback on their agenda, they’d drop all the apocalyptic doom-mongering and embrace Philip’s advice: the best thing any of us can do for our species and our planet is to not waste stuff. We should extract the maximum value out of everything we use, whether that’s energy or meat or textiles. Not for the planets’ sake, but for our own: who wants to waste their own money, or time, or effort?

If we all individually focused on minimizing our own waste, our collective waste would obviously decrease as well.

For that to work, however, we also have to allow everyone to set their own standards with respect to what is and isn’t wasteful—it’s not up to me to decide when you’re being wasteful, any more than it’s up to you to decide when I am. I don’t have enough information about you to know how much toilet paper you “ought” to use in a week, or whether you “needed” a new car when your old one seemed okay. You don’t have enough information about me to know how much hot water I should use in a month or whether I really “need” to use a gas-powered lawn mower. If we are in fact being wasteful, we’ll feel that pinch soon enough—in the form of diminished resources, meaning we’ll have fewer resources to waste in the future.

What the greens don’t like is the economies of reality don’t conform to their apocalyptic vision, and allowing them to work isn’t as much fun as telling everyone else what to do.

The economies of reality tell us that it’s wasteful to cover the earth in solar cells and windmills to provide a fraction of the energy we can get from fossil fuels and nuclear energy: we should instead be milking fossil fuels for all they’re worth, squeezing every last little microwatt of energy we can out of them, and constantly seeking ways to create energy that’s even more reliable, less expensive, and cleaner.

The moment renewable power is as cheap and reliable as dirty energy it will replace it entirely. Until that time comes, however, it’s actually wasteful to keep propping it up.

Let the markets work and things will get better, cheaper, cleaner, and more reliable without any big government oversight. That’s what they’ll do because markets hate waste. They hate it because it’s inefficient. Markets punish inefficiency because badly allocated resources for which there are alternative uses will result in those resources being allocated away from the inefficiency. It’s Economics 101: if you’ve got a thousand bucks to invest and you can invest it over here, where you’ll get a 10% return on that investment, or over there, where you’ll get a 2% return, where’s your money going to go?

This is why government mandates are such a bad idea. Bad governance, bad employment practices, and unsustainable business models are always and everywhere punished by reality—often before anyone even realized the governance was bad, the employment practices unfair, or the business models unsustainable. Yes, there are always bad actors: swindlers and charlatans, cheats and frauds. But notice I said always. That includes the government and NGO programs devising these mandates. Hell, we’ve recently seen it even includes global human rights organizations.

Human institutions are always and everywhere corruptible because they’re made of people, and people are corruptible.

So Anja Philip is onto something: if we all just focus on minimizing our own individual waste, then things will take care of themselves. If we rely on others to tell us what’s good and bad, what is and isn’t wasteful, we’re actually worse off than we would be just obeying the requirements of our own circumstances, because our own circumstances don’t lie to us.

Herself and I have managed our lives with just one car for the entire quarter-century we’ve been together for a very good reason: it’s met our needs. There’ve been times when it would have been very nice to have two cars, and maybe there’ll come a time when we decide we need two, but our circumstances have always been such that the added cost and hassle of a second car outweighed the convenience it would sometimes offer.

We have friends who have two or more cars. Are they more wasteful than us? No: they just have different needs than we do. None of them are stupid (or wealthy) enough to spend their own money on a car they don’t need. Because no one wants to waste their own money.

But people will very happily waste other people’s money, which is perhaps the best argument of all for bringing down the massive infrastructures that have arisen to try and control how we manage our own affairs.

These people are insane. And when you drill down to the core, it turns out that their answer to the question “Can you really do anything right?” is an emphatic NO!

Every act given the green seal of approval today will be the vilest heresy tomorrow of the day after that. To the real anti humanists the only acceptable act is suicide (or – even better – genocide). But of course some of the louder voices are in actuality merely after power. And then there is a vast mass of gullible idiots whose main problem is the desperate need to be considered virtuous according to whatever the Current Thing happens to be.

If you wanted to have no impact you would not ride a bike if you could walk. Wearing clothes is pretty wasteful (damn practical though). And how wasteful is it to have DR exist? but as noted, once you go down that path, the end station is necessarily suicide, ASAP.