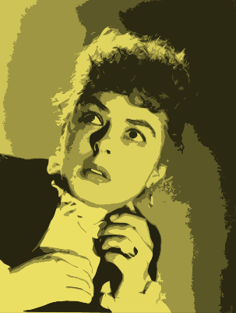 “There is no objective truth,” say the wise men.

In American politics, the wise men say, “perception is reality.”

That’s also obviously false. Perception is perception, and therefore subjective; reality is real, and therefore objective. Perception can wander pretty far away from reality, but it always snaps back in the end. What we call in retrospect manias or hysterias or bubbles were, at the time of their occurrence, just the conventional wisdom.

What the wise men ought to say is, “in politics you have to deal with the reality of the electorate’s perceptions regardless of how closely they track to reality.” It’s not very pithy and won’t fit on a bumper sticker, but at least it’s accurate.

When a feminine shriek in my home alerts me to the existence of a spider, I don’t shriek in response. I grab a paper towel, find the offending creature, gather it up, and get rid of. My daughters’ perceptions of the threat posed by spiders doesn’t track very well to reality, and to act as though it did would make me an irresponsible parent.

These philosophical observations are brought to you by dovetailing news events this week: the story of Joe Biden’s influence peddling (or worse) and the story of the celebrated anonymous Trump critic from within the administration finally outing himself.

Within America’s establishment news media, and the weak but faithful echo of it found in Danish media, the very real and newsworthy Biden story was ignored or brushed aside as a right-wing conspiracy. They got the wrong end of the Anonymous story, as well, focusing on the identity of Anonymous instead of the more newsworthy fact that Anonymous the Great and Powerful was just a mid-level bureaucrat behind a curtain.

This is the hall of mirrors we’re living in.

When I say the Biden story is real and newsworthy, I do so on the basis of the objective facts that have been reported. I won’t say they prove that Joe Biden has been selling his influence to hostile foreign powers, but they certainly suggest that he may have been.

As I noted Thursday, Anthony Bobulinski’s testimony is more credible and more corroborative than anything we ever saw or heard about the Trump campaign’s alleged Russian collusion, Brett Kavanaugh’s alleged sexual assault of Christine Blasey Ford, or Donald Trump’s alleged pressuring of the Ukrainian head of state for personal political favors. Establishment media certainly considered those stories worthy of investigation, if not outright hysteria.

Every line of defense the establishment media have so far put out to justify squashing this story can be crushed in two words: Michael Avenatti.

When the establishment media talk or write about this Biden story—which very few of them do—they’re not talking about the possible corruption of Joe Biden. They’re not reviewing the evidence, pursuing new leads, seeking additional witnesses, or doing any of the other stuff journalists sometimes do: they’re talking and writing about this new “right-wing conspiracy theory” about “Hunter Biden’s laptop” and debating whether Rudy Giuliani is more like Goebbels, Stalin, or Satan. Danish media played right along with their American media overlords:

When I say that the most important element of the “Anonymous” story is its context, I do so on the basis of the very obvious facts of the case, all of which are a matter of public record: the New York Times solicited or was offered a Trump hit piece from someone whom the Times then assured the world was someone in the “upper echelon of the Trump administration.” Now we know it came from someone who wasn’t in the upper echelon of anything outside of his own fevered imagination.

The “story” was the fact that Anonymous has outed himself as Miles Taylor. (News to which most of the world responded with: who?) The story about the story is what matters: the New York Times knowingly and deliberately misled America and the world about something as consequential as a top-level Trump insider working against the president from within the administration. That story was a lie.

If you don’t remember the kind of buzz the essay generated when it appeared, here’s a reminder:

That tweet was sent out into the world a full year after the Anonymous essay appeared in the Times, just to give a sense of the importance the story was given. Among the 13 people “who might be the author,” the linked article includes Kellyanne Conway, Jeff Session, James Mattis, Mike Pence, Nikki Haley, “Javanka” (Jared Kushner plus Ivanka Trump equals Javanka), and even first lady Melania Trump herself.

I’m not writing this to dig into either Joe Biden’s guilt or the dishonesty of the New York Times, but to explore an idea that commentator Dave Rubin has been promoting for a while and that I find more and more applicable with every passing day.

It’s an idea I think I’ve referenced before, which is that although we hear a great deal about the American culture war, and we’re all painfully aware of the American political war, those are both just different battles being fought within a much larger reality war.

Rubin discussed the idea recently in one of his videos: the relevant portion begins at 4:22, which is where the embedded video should begin; if not, just advance there. He spends about two minutes on the idea.

I would love to take that ball and run with it: to do a real deep dive into the implications of Rubin’s “reality war” hypothesis. But I don’t have time for such a digression. Instead, I’m going to be lazy and operate on the assumption that he’s right, and that everyone knows it, and that what we used to call “news” is now mostly a matter of gaslighting.

Not everyone knows what gaslighting is. The current usage is derived from an old movie (“Gaslight”):

To keep it as short and simple as possible, the movie is about a man who sets about convincing his wife that she can’t trust her senses by secretly altering things in their home and telling her that’s how they’ve always been. Never mind why, it’s irrelevant here: what matters is that this is what’s now meant by “gaslighting:” persuading people that something they know to have been true has in fact always been false, or vice versa.

Ironically enough, Wikipedia’s own article on gaslighting contains a perfect example of the phenomenon. The article mentions a song called “Gaslighting” by a band called “The Chicks.”

If you hover your mouse over “The Chicks,” a little info panel pops up:

In fact, “The Chicks” were actually “The Dixie Chicks” until this summer, when out of some weird sense of solidarity with the (avowedly Marxist) Black Lives Matter movement, they dropped the “Dixie” from their name. The band formed in 1989 was The Dixie Chicks, and they played and recorded under that name for more than thirty years. They have been “The Chicks” only a few months.

So in an article about gaslighting, Wikipedia gaslights its own readers.

Senator Mazie Hirono (D-HI) gaslit Amy Coney Barrett during her Judiciary Committee confirmation hearing by stating that “sexual preference” was an outdated and offensive term. The Miriam-Webster online dictionary immediately made the gaslighting complete by adding “offensive” to their definition of preference.

When the establishment American media and their social media enforcers insist that the emails and photographs on Hunter Biden’s laptop are “improperly sourced” (or hacked) material, and claim it’s all probably Russian disinformation, they’re gaslighting us. We know this because neither Joe nor Hunter Biden has denied that the laptop belonged to Hunter Biden, neither of them has disputed the authenticity of the emails, Director of National Intelligence John Ratcliffe has stated that the information “is not part of some Russian disinformation campaign,” and the FBI has stated they have nothing to add to Ratcliffe’s statement.

In the article I referred to earlier, DR concludes (emphasis mine):

This is pure gaslighting.

First of all, “intelligence sources” didn’t begin to make such speculations: rather, former intelligence sources who have been actively working against the Trump administration for years put out a joint letter suggesting that they believed that to be the case, even though they acknowledged that they were doing so without evidence.

Secondly, their partisan hot-take wasn’t what got Twitter and Facebook to censor the Post article: both organizations offered different explanations for their actions, but neither said that their decision to do so was based on that unofficial (and unsolicited) assessment.

TV2 is no better: in an article on the Post getting their Twitter account opened back up, they note that the Post’s accusations “were badly sourced.”

That’s our informational eco-system right now: something happens and the American establishment media decide whether or not it fits comfortably within the reality they wish to perpetuate. If it doesn’t, they either ignore the story completely or, if that’s not possible, they simply dismiss it as Russian propaganda or whatever other smear lends itself to the task. And the Danish media then uncritically repeat the American gaslighting straight to their Danish readers and viewers.

It’s gaslighting all the way down.

The evidence on Hunter Biden’s laptop, and its multiple corroborations, could be extremely damaging to Joe Biden, so it has to be squashed or invalidated by any means necessary. That the lionized “Anonymous” of 2018 turns out to have been a mid-level hack reflects poorly on the leftist media that promoted him so effusively, so the story is transformed from “how did we get this wrong?” (answer: you believed the New York Times, which has said that Donald Trump is the greatest threat to America since 1945) to “who the heck is this very interesting Miles Taylor fellow?”