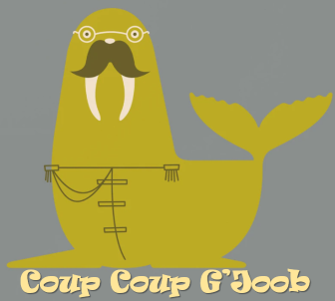 The Politiken editorial board wants the U.S. Ambassador called in because “there’s a coup attempt in progress.” I got a breaking news alert saying so on my phone the night of January 4th. They also put out a Tweet:

The text of the Tweet: “Denmark and others must speak up.”

The text of the headline: “Summon the American ambassador for a meeting: A coup attempt is underway.”

Since it’s now apparently okay to speak of “coup attempts” without being dismissed as a crank, I’ll take the liberty of saying there’s been a much more flagrant coup attempt in progress for the last four years, and Politiken supported it.

Democrats and the media accused Trump of stealing the 2016 election (with no evidence of any kind to support the claim), the highest law enforcement and intelligence authorities in the nation were weaponized against him and his administration on grounds that were known to have been fabricated, Democrats and the media persistently described his presidency as illegitimate, political leaders called for him, his cabinet, their staffs, and even civilian supporters to be harassed in public… oh, for god’s sake, it’s all so wearisome. You know what they did.

All of it had the full-throated support of the gang at Politiken.

And now Politiken wants American Ambassador to Denmark Carla Sands to be called in by the Danish government and told in no uncertain terms that the president’s perfectly legal, perfectly constitutional, perfectly boring phone call with a Georgian official requires them to object, to object most strenuously!, to this attempted coup that puts the entire galaxy in jeopardy.

Due to the paywall I can’t read the full article. (I am grateful for tender mercies.) Possibly, possibly, it’s not as wildly and willfully misleading as the non-paywalled lede suggests.

And possibly I am the King of Romania.

I realize Politiken is just a paper, not a branch of government, and it’s about as sober a political journal as Mother Jones (or Anders And)… but it’s a good illustration of how dangerously and stupidly irresponsible the media have become. If the editorial board actually read the transcript (which can be read here) and drew those conclusions, they are idiots whose judgment shouldn’t be trusted on anything. If they didn’t read the transcript but are promoting those conclusions, they’re lazy partisan hacks following the lead of the lazy partisan hacks across the Atlantic. If they read the transcript, understood it, and are saying all this anyway, they are…. despicable.

Idiots, hacks, or despicable scum. Those are the options. Choose one.

I should say: choose at least one.

I’ve read most of the transcript. I skimmed a bit in the middle, mainly because there were no pirates or saucy wenches so my attention started wandering, but I read most of it thoroughly.

I had pretty much the same impression that Matt Margolis had, so I refer you to his succinct PJ Media post to save myself the trouble of repeating it. He doesn’t have any pirates or saucy wenches, but he has brevity, and that’s got to count for something.

The Washington Post claimed that Trump “repeatedly urged [Raffensperger] to alter the outcome of the presidential vote in the state,” but that isn’t what happened.

Throughout the conversation, Trump lays out the evidence that there was voter fraud in the state, and demands an honest accounting of the ballots, which he believes would give him more than 11,000 votes needed to win the state. “I just want to find 11,780 votes,” is the key quote cited by the media, but there’s more to the quote.

“So look. All I want to do is this. I just want to find 11,780 votes, which is one more than we have. Because we won the state,” is what Trump said, in context. He also insisted that “there’s no way I lost Georgia. There’s no way. We won by hundreds of thousands of votes.”

During the conversation, Trump laid out the evidence, explaining how there “4,502 voters who voted but who weren’t on the voter registration list,” and “18,325 vacant address voters” whose votes should not have been counted. He even mentioned 904 votes linked to post office boxes, which is also not allowed. Trump also mentioned the State Farm videotape that corresponds to a late-night vote dump of at least 18,000 votes which were counted after Republican poll watchers were told to leave. Trump brought up nearly 5,000 out-of-state votes, 2,326 absentee ballots sent to vacant addresses, and roughly 5,000 votes from dead people. Then there are the suspicious military ballots that went all for Biden.

I recommend reading the Margolis piece in full if you’re in a hurry, and the full transcript if you’ve got some time on your hands. (It helps keep your interest if you imagine all of the lawyers talking like pirates.)

But I also recommend that Ambassador Carla Sands sit down with Mette Frederiksen anyway… so she can ask the Statsminister a few questions about the Danish mink industry.

So you take Trumps word that all these “fake” votes should be dismissed when the Republican Governor of Georgia repeatedly tells Trump that there were only 2 votes from dead people and all the other claims are invalid? Why wouldn’t a republican Governor back a President who is a member of his own party? Why wouldn’t he want the state to be flipped? Is the Governor also an unbeknownst liberal Democrat?!

I don’t take anyone at their word. The criticisms weren’t focused on the merits of the case, but the fact that it represented a coup in progress. Which it’s not. That’s it.

Well, I guess you were wrong about that. There was very much a coup in process

I saw a mob of angry and unhinged people rush the Capitol. Which was wrong and terrible. And I believe the president bears responsibility for encouraging them, and for not calling them out until it was too little too late. A terrible scene, a tragic and awful event.

I despised the mobs we’d been seeing for the last seven months, I despise this mob now. Just as I had nothing against the peaceful demonstrators of the past seven months (except insofar as I think their ideas, to the extent they had any, were idiotic), and I have nothing against the peaceful demonstrators we saw yesterday (who were just the MAGA version of the Pink Pussy Hat brigades).

I won’t say a word in defense of that mob or their violence. It was indefensible, and I hope they track down and prosecute the perpetrators.

We’re a nation of laws, not mobs, but only so long as we all share that belief.

It’s a good illustration of why all such mobs need to be shut down immediately. Always. Those idiots yesterday may have watched the recent occupation of whole city neighborhoods in Seattle and elsewhere, and the lax law enforcement responses, and the way the media treated those events more as human interest stories than the insurrections they clearly were, and thought, “Hey, we could do that, we could occupy the Capitol! Remember how much everyone liked Occupy Wall Street? And all those autonomous zones? People like Congress even less than they like Wall Street, so let’s roll!”

No mobs, no occupations, no violence. From the right or the left.