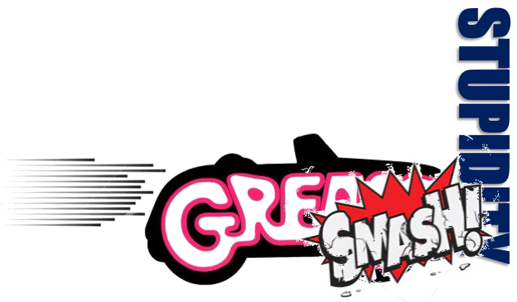 SPOILER ALERT: If you’ve never seen Grease, there are spoilers galore ahead, so I recommend you run along on your merry way and come back after you’ve seen it. None of this will make sense if you haven’t, anyway.

TRIGGER ALERT: This piece uses words and defends ideas that people who are wounded by words and ideas may find triggering.

I’m old enough that I actually remember when the movie Grease was originally released in 1978. (Remarkably, we’re now further away from the release of Grease than the release was from the era portrayed in the film.)

I saw it on the big screen. I bought the album. Everyone bought the album, because we were still mostly listening to top 40 on our AM radios, and the songs from Grease were topping the charts.

Visions of Olivia Newton-John danced in my head for months, and I doubt I was the only 13-year-old mesmerized by the sight of her in the last scene of the movie.

I chose to link to the Daily Mail article because the title tells the whole story, but there’s plenty of coverage from media around the world of the sad and angry Brits whose Boxing Day was ruined by a BBC showing of Grease.

Happily, most of it shares the “you’ve-got-to-be-kidding” tone of Katie Hind’s piece.

But the reaction strikes me as a springboard to a lot of larger and slightly more serious cultural questions. So does the reaction to the reaction. And the coverage of both. So I’d like to waste a few moments of your time mulling over those questions.

The racism claim seems to be based on its cast being almost uniformly white:

One viewer wrote: ‘I caught the end of Grease, the movie, and noticed there were no black actors or pupils at the high school.’

Another added: ‘Watched Grease on the BBC, surprised they let it go, full of white people.’

Does the movie endorse any racist ideas or concepts? Is there a white supremacy subtext I never detected because I was blinded by my own white privilege?

I don’t know what “rapey” means in this case. I know what it means when people use it to describe Game of Thrones: that was a “rapey” series because it frequently used rape as a plot point. (If you’re going to take 63½ hours to tell a story, you’re going to need a lot of plot points; in the infantile jargon of the day, you could also say the series was incesty, murdery, regicidey, fratricidey, stabby, and a hundred other things beside.)

There’s no rape in Grease. There are several portrayals of boys pressuring girls for sex, on-screen and in dialogue about off-screen events, and even in lyrics (“did she put up a fight” is held up as an example), but none of them suggest we’re supposed to approve of the boys’ behavior. When the famous radio announcer Vince Fontaine, who’s a grown man, starts putting aggressive moves on one of the high school girls, it’s pretty clear we’re supposed to think of him as a nasty piece of work.

I attended a lecture by Chris MacDonald a couple of months ago, and he made the point than the adolescent male is neurochemically programmed for two primary things: killing and fucking. (The adolescent female has a more diverse portfolio, but is not neurochemically disinclined to fuck or kill, either.) Human civilization has done a commendable job of putting a lid on those instincts by means of laws and morals, but the instincts are still there. Young men want sex, they want it very badly, they want it all the time, and they will do very stupid and dangerous and, if they haven’t been well raised, violent and terrible things to get some. This is not a secret. Portraying young men as aggressive in the pursuit of sex is not sexist, but naturalist. It would be sexist if the film suggested it was okay to push a young woman past her comfort zone, but it does no such thing. Danny Zuko pushes Sandy too hard twice in the movie, she pushes back both times with severity scaled to his aggression.

And of course the boys say and do stupid sexist things. Here, too, that’s the sexism of the characters, not the movie. If you actually watch the damn thing to the end, you realize it’s not even a sexism they really believe in: it’s how they think they need to talk and act to be cool. The characters grow. By the end, the principle males have been civilized by their love for the principle females. The beasts are tamed. “Song as old as time…”

The apparent pedophile Vince Fontaine is at the center of the accusations of homophobia. He insists that the dance competition be limited to boy-girl couples only. Which is wrong of him. Just as it’s wrong of the high school administrators to go along with him, and for the students not to turn the dance into a sit-in of gay solidarity. We can disapprove of Vince Fontaine and the administrators of Rydell High for their exclusionary dance policy without consigning the whole movie to the bonfire, can’t we?

As for the sexism, the big complaint seems to be that Sandy has to change herself for Danny and no girl should ever change anything about herself just to please a boy. True enough, as far as that goes. But Danny has to change himself for Sandy, too, remember? He better shape up, because she needs a man and all that, right? Each of them comes into the final scene fully prepared to give the other what they think they want. And that’s the beauty of the movie, not the sexism of it. It’s like The Gift of the Magi: each of the lovers is prepared so sacrifice the most precious thing they have (in this case their self-image) to please the one they love.

The whole point of the movie is how the main characters’ own insecurities get tangled up with peer pressure to make their teenaged lives the same angst-ridden hell that everyone over the age of 18 has lived through—whatever their color, creed, gender, or shoe size, and whatever the era. My own daughters are there right now. It’s a tough place to be.

That’s the big “sexist” complaint, as I said, but there are other lesser complaints of sexism and misogyny. I won’t bother with them because they’re too stupid to waste more of our already wasted time on. (And most of the complaints aren’t even backed up with anything: they’re simple declarations that Grease is sexist or misogynist. Or both. And that’s that.)

Finally there’s the slut-shaming. All the awful, awful slut-shaming. Dreadful stuff, that. See, Rizzo sleeps around and has kind of a reputation for sleeping around, and other characters look down on her for that. And then she gets pregnant (she thinks), and she’s ostracized for that. Horrible.

And yet the audience isn’t clapping and whooping and shouting, “Yay! Haha, that slut is really being well shamed!” No. The audience is supposed to take Rizzo’s side. We know this because she has a whole fucking song to herself to reflect on the injustice and even hypocrisy of that ostracism. It’s one of the strongest numbers in the movie. Watch it, listen to it, and ask yourself whether the makers of Grease were all in on slut-shaming:

Can movies portray things without people assuming they’re endorsing them?

Do people really think Grease is so horrible that it shouldn’t be shown on television?

A lot of the tweets cited in a lot of the articles about the Great British Boxing Day Grease Backlash of 2020 run along the lines of, “Gawd, I still love that movie, but the sexism…!” or, “Such a fun movie, but so damn homophobic!”

Very few have their outrage needles flickering in the red. The angry tweeter who wrote “Grease is far too sexist and overly white and should be banned from the screen” gave headline writers a juicy hook, but he or she is an outlier.

How many who say that Grease is too sexist (or too white, or too homophobic) to be shown on television really mean it? And even of those who mean it, how many of them even understand what they mean? And of those who understand what they mean, and really mean it, how many of them have thoughtful and lucid and persuasive reasons to support their premise?

Saying “Grease is sexist/racist/homophobic/misogynistic/fascist!” is easy and fun, I’m sure. Now tell us why. Assemble your arguments and present them in a calm and orderly way, and….

I don’t believe very many people believe that Grease is really and truly all the horrible things they say it is. I believe a lot of people have axes to grind, and they’ll swing those axes at whatever presents itself.

Is the fact that some people think Grease is morally deformed newsworthy?

All of the above brings me to what I think is a much more interesting and serious problem: that professional journalists chose to turn the stupid grousing of a bunch of random Twitter users into a story, and that their editors ran them (or, god forbid, assigned them).

This is how things work: a handful of people get all outragey and indignant on Twitter (which, as medium, requires people to turn everything up to 11 just to get noticed), some journalist turns it into a story, more journalists jump on the wagon, the publicity encourages the outragey people on Twitter to get even more outragey, the story gets bigger and wider and sides form and it becomes the hot new cause célèbre, and celebrities and influencers dive in for the attention, and next thing you know people are marching in the streets or drawing up legislation or declaring war or god knows what.

Either that or the whole thing disappears in 24 hours when the hot new outrage catches fire.

Because a couple of semi-literate malcontents shot out a couple of tweets while sitting on their asses watching television. They’re lighting matches, is what they’re doing: lighting matches, tossing them off, and hoping something catches. It almost never does, but when you’ve got 300 million people tossing matches every day, “almost never” at the individual level becomes “every fucking day” in the aggregate.

That’s our reality: we’re stuck in a self-perpetuating ecosystem of stupid, and I have no idea how the hell we get out of it.

Should movies that most people find enjoyable be banned if some people find them objectionable? If so, are all grounds for objection to be considered equally valid? How many people have to object? And does everyone’s opinion count equally?

And I’ve already wasted enough of your time, so we’ll call it quits here after just one curious thought:

For all the complaints about Grease in all the tweets and articles I’ve seen, not a single one mentioned all the smoking and drinking by minors.