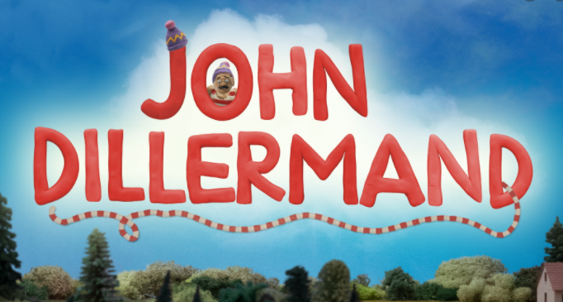 Stephen, Buddy! Thanks for making time for me. I know you’re crazy busy and I don’t want to waste your time, so I’ll get right to it.

I’ve got the next big thing in kiddie shows. I’m serious. This isn’t a pitch, Stevie. It’s a gift. No, you know what it is? It’s a fucking goldmine on a silver platter.

I’m telling you, this is gonna be the crack cocaine of the preschool set. And what’s great about it, Stevie, what puts it over the top, is that it’s just that kind of thing that’s gonna pull in the parents right along with the kids. The whole family. The fucking dog is gonna get hooked on this, Stevie.

Listen to me… I sound like I’m selling! I’m not selling. I would never sell to you, Stevie. I could have gone to anyone, I came to you because I want you to have this. My gift to you.

I don’t have to ask if you’re interested. I can see it. ‘Cause you know me, Stevie, you know I’m a no bullshit guy. Not with you, anyway. Never. This is straight up.

So here we go. Ready?

It’s a kid’s show, like I said. Claymation type stuff. And what it’s about is, it’s about a guy who’s got the longest dick in the world.

I mean, this thing is long. Not just long, but ohmygod long. Forget inches. Forget feet. You need a yardstick for this thing, Stevie. Or a meter stick, I guess, ’cause it’s from Europe.

Not just long, but magical. It has powers.

Anyway, this guy’s pecker is so long and magical he can lasso ponies with it. He can use it like a jump rope. Like a bungee cord. He walks dogs with it, Stevie, if you can believe it. It can blow bubbles. He can even use it to steal ice cream cones from kids.

How cool is that?!

His name is John Dillermand. That’s Danish for “John Dick Man.” Or “John Weiner Man.” Kid friendly, you know? Nothing dirty. Jesus, you think I’d be standing here if he was John Cock Man? C’mon, man.

And the thing is, see, this Dillermand guy, he’s not so bright. Right? I mean, it makes sense, ’cause with a dick like that, there’s not much blood left for his brain. And because he’s such a dope he’s always getting into trouble with that big old dick of his, you know, these very hilarious situations. He tries to use it to help people and stuff, most of the time, and sometimes he gets angry at kids and—

Well of course he’s with kids, it’s a kid’s show, ain’t it? I mean, Dillermand himself, he’s obviously an adult, ’cause he’s got a big old mustache, but he lives with his grandmother and she’s always treating him like a kid, you know, “quit horsin’ around with your dick and get out and play with your friends,” that kind of thing, and that’s, you know, that’s kind of educational, right? You gotta teach that shit to boys or they’d sit around playing with their dicks all day, am I right?

Also educational: that dick’s got a mind of its own, sometimes, and it’s always getting poor John in trouble. We can relate, am I right?

Boys gotta learn, Stevie: your dick is magical, but it’s also crazy, and it’s gonna get you in all kinds of shit unless you learn to control it. What boy doesn’t need to hear that? I sure wish someone clued me into that when I was a kid!

It’s a new offering from DR, the state-funded broadcasting company. It premiered on Saturday. You can view the episodes online here.

DR’s own news division ran a story on the new show Monday:

Since the new animated series from DR Ramasjang premiered Saturday on DRTV, many have sounded off on whether it’s okay to make a series for four- to eight-year-old children that’s mainly about a magical and very long dick.

I’m going to file this under “cultural differences,” because I can’t wait for news of this to hit the states. (This little blog isn’t going to do much on that score on account of its limited reach, which remains pretty well under the million visits per day that seem necessary to break through to the public.)

I’ll do a follow-up to this post eventually, but I already know what’s going to happen.

The kinds of free-wheeling, conservative-libertarian outlets that I visit most often are going to have a good laugh and shake their heads at those crazy Danes.

The more buttoned-down conservative sites, where I no longer spend much time, are going to disapprove. Profoundly.

Establishment media like the NYT and WaPo and their clone army are going to run news pieces that discuss the show in very careful language, with a tone of gentle bemusement. Ah, those lovely Danes, so comfortable with the human body.

More openly leftist outlets (Salon, Vox, the New Yorker) will take an almost celebratory approach and wonder why there can’t be more children’s programming about giant magical dicks in the U.S.A.

Teen Vogue will dedicate an entire issue to Johnny, and, not to be outdone, will make up characters of its own: Suzy Snatch, Artie Asshole, and Brianna Boobs. The crossover storylines will be hilarious. (And, of course, educational.)

Hm… on second thought, that might be too trans-exclusionary for Teen Vogue, so just swap those gendered names around any way you like.

Once everyone has made their positions known, the American Dillermand wars will begin on social media.

It’s going to be glorious.

Stock up on your popcorn supplies.