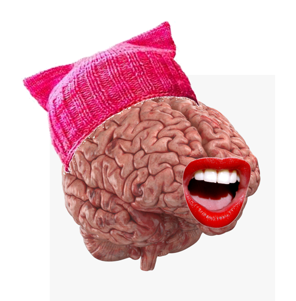 Bandy X. Lee is a forensic psychiatrist on the faculty of Yale University. She is the president of the World Mental Health Coalition. (That’s important.) She has also written and edited books about the mental health of a man she’s never met, and the mental health of the tens of millions of men and women who cast their votes for him. The diagnosis is grim.

Scientific American, once an actual journal of science, “asked Lee to comment on the psychology behind Trump’s destructive behavior, what drives some of his followers—and how to free people from his grip when this damaging presidency ends.” (The article was published nine days before it ended.)

The second paragraph of the article is worthy of note:

Lee led a group of psychiatrists, psychologists and other specialists who questioned Trump’s mental fitness for office in a book that she edited called The Dangerous Case of Donald Trump: 27 Psychiatrists and Mental Health Experts Assess a President. In doing so, Lee and her colleagues strongly rejected the American Psychiatric Association’s modification of a 1970s-era guideline, known as the Goldwater rule, that discouraged psychiatrists from giving a professional opinion about public figures who they have not examined in person. “Whenever the Goldwater rule is mentioned, we should refer back to the Declaration of Geneva, which mandates that physicians speak up against destructive governments,” Lee says. “This declaration was created in response to the experience of Nazism.”

Note that the APA’s “modification of a 1970s-era guideline” was not a modification. It’s dishonest to call it that. It was a reaffirmation of the Goldwater rule. The reaffirmation was issued in 2017 with the obvious (if unstated) purpose of addressing the trend of psychiatrists offering diagnoses of Donald Trump on television. The APA reaffirmation drew on an “opinion” they issued (which you can read here) that not only reaffirms the rationale for the Goldwater rule but presents five arguments against specific objections members had apparently raised against the Goldwater rule as applied to Trump.

The article is in interview form. It is almost unreadably pedantic—in the few spots where it’s not, the snobbery and condescension are enough to take your breath away. Here’s a quick paraphrase:

Bandy Lee: “My colleagues and I are violating the guidelines established by our trade because Nazis.”

Scientific American: “Excellent. Please share with us your findings.”

Bandy Lee: “Donald Trump is insane and his followers are hapless dupes, mesmerized by the awesome power of his craziness. He has induced a mass psychosis.”

Scientific American: “That is very interesting and scientific. What do we do about it?”

Bandy Lee: “We have to get rid of the crazy and dangerous man.”

Scientific: “And what do we do about all the crazy psychotic people after we get rid of the very bad and scary man?”

Bandy Lee: “They are crazy and violent and it will help when he is out of office but you should minimize contact them with and break off your relationships with them if possible. Also we have to remake society so things are better for everyone and they will be less likely to become crazy and violent waiting for their next crazy messiah.”

Scientific American: “That is excellent guidance and very scientific.”

Scientific American: “Excellent, because we are a journal of science.”

Scientific American: “Truly, it is good to be scientific and not crazy.”

I spent a considerable amount of time zooming in on and unpacking some of the key passages, but the intensity of that effort began to take its toll on me. These are rogue psychiatrists who’ve organized themselves into a rogue association with no mission beyond the hounding of Donald Trump out of society and the dehumanization of anyone who ever cast a vote for him. I could feel more of the madness seeping into my pores with every sentence I parsed. I had to stop. As the boys say, never stick your nose in crazy.

(That’s not exactly what the boys say, but it’s close enough.)

The World Mental Health Coalition was established by Bandy X. Lee. Here is their mission statement, straight from their own website:

The World Mental Health Coalition is dedicated to strengthening the fabric of society through education.  We believe in the power of knowledge and the importance of sharing expertise for the betterment of collective mental health.

We: 1. provide consultation to government bodies upon request; 2. organize public forums for discussion and education; and 3. alert, protect, and educate the public when we see signs of imminent or lasting danger within the body politic or in its leaders.

We formed in part to step in where the American Psychiatric Association has failed in societal leadership.  With the Trump presidency, it chose not only to abandon its own societal responsibility but to inhibit individual professionals from meeting theirs.  We object to the modification of professional standards to suit the political moment, and we denounce public misinformation campaigns (especially as pertaining to the breadth and jurisdiction of “the Goldwater rule”) as harmful to society and contrary to the core tenets of medical ethics.  Our immediate task is clear: to participate in activities that improve public health and survival.

Let’s walk through it.

Nobody’s going to take exception to the idea of strengthening society through education. Pretty much everyone believes in the power of knowledge and the importance of sharing expertise, whether for the sake of better mental health, better architecture, or a better cup of coffee.

Then they move into the things they do. They do three things. Thing one: they make themselves available to governments who want their advice. Thing two: they hold public meetings to talk with people and tell them things. Thing three: they “alert, protect, and educate” people when they see scary things in our politics or leaders.

That’s a hell of a thing, that thing three. (And long overdue! Our politics and politicians have provided a pretty reliable stream of scary for most of my adult life.)

And here we reach the pièce de resistance: the note.

Imagine this mission statement as a prospective employee in a job interview.

“Tell me about yourself,” you say.

“Well,” the mission statement replies, “I think education makes the world a better place. I believe in the power of knowledge—not just having it, but sharing it.”

“Very nice! That’s a super fit with our own principles. And how do you see your role?”

“Well, I’d make myself available to governments who wanted some advice from people in our line.”

“And I’d have workshops and conferences to talk to people out there about what we do, and maybe help them understand the kinds of things we know about that they might not know themselves.”

“Also, I would sent out urgent alerts to everyone whenever I saw someone doing something scary—on the basis of, you know, all the good knowledge people like us have—and I would do everything in my power to protect everyone, and to be sure they understood what was going on, because really they don’t, they don’t understand the dangers they face, not like I do, I mean: I see this stuff, I’m trained to see this stuff!”

“Also, just so you know, I’m only even here because the people that run my union tried so silence me, because I was a threat to them, I was speaking out on this massive threat I saw, and they were like, ‘we think it’s unethical to do the kind of stuff you’re doing,’ and I was all, ‘no, you’re unethical, so screw you!’ and so, you know, so the hell with them, because I just really want to save people, I want to help them survive, I see that as my role.”

What possible response can one offer besides, “Thanks. we’ll be in touch?”

The WMHC is a one-trick pony.

(Or a “one-horse pony,” in the preferred phrasing of the current president, who by the way is not showing any signs of cognitive decline, or surely the WMHC would have made us aware of that danger.)

Here’s a screenshot of their homepage:

That’s not a mission: that’s a fixation.

“You had us at hello—but you really sealed the deal with narcissistic symbiosis and shared psychosis!”

That a bunch of mental health professionals have chosen to go rogue and breach the ethical code of their profession doesn’t trouble me. People do plenty of crazy and stupid things in the service of their political convictions (for example, running for office). I almost even find it amusing that Bandy Lee feels professionally qualified to declare, based on a reading of the Mueller report (!), that “the results were unequivocal, in that the president was found not to meet any of the criteria for basic mental capacity, which means he is likely unable to hold any job, let alone president.  This is medical evidence that would count as scientific fact in any court.”

None of that really bothers or surprises me.

What chafes is that this woman is describing everyone who ever supported Donald Trump as being in the throes of a psychosis, and that absurd claim is being given the stamp of scientific legitimacy by Scientific American.

In fact it’s just the opposite: in publishing the unhinged rantings of this neurotic obsessive, it isn’t their legitimacy rubbing off on her, but her vicious and nutty partisanship rubbing off on them.

Bandy X. Lee: the woman who put the scare quotes in “Scientific” American.

Finally, this is not unrelated to the Boomerang Principle I described yesterday: if you form a “Mental Health Coalition” of psychiatrists specifically to attack Trump and his supporters, you had best brace yourself for credentialed attacks on Joe Biden’s cognitive health—and the mental condition of anyone so blinded by politics as not to see it.

The weaponization of psychiatry has been sanctioned.

You can thank “Scientific” American for that.