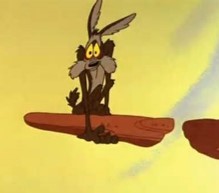 Back in January I wrote about the Boomerang Principle: “What you do to your adversaries today, they will do to you tomorrow.” (I even offered an alternative phrasing: “The most important teacher of your adversary is you.”)

A newly released Campus Reform video helps to illustrate just how damaging the consequences of the Boomerang Principle can be:

(That’s the YouTube version, which I chose so I could embed it, but you can view it on Campus Reform’s own website as well.)

(Based on the Boomerang Principle one would assume there’d be a leftist group punking conservatives the same way—except, of course, that would require a critical mass of students willing to articulate conservative positions on a college campus.)

Anyway, this particular episode, published last Monday, features students being asked if they remember how Trump kept kids at the border in cages, and whether they believe Biden will fix that policy. The interviewer even shows them a picture of the Dread Tyrant Trump’s cages. The students are disgusted and horrified by the whole situation and most of them are confident Biden will clean that mess right up. Then the interview explains that the policy is still in place, and that the picture he showed them was from a child detention facility set up by the Biden administration just a week earlier.

But it highlights a real problem facing Democrats that’s entirely of their own making.

The whole “kids in cages” attack on Trump was never anything but a cheap shot. That those facilities had been set up by the Obama administration was always a matter of public record. Everyone in politics knew it; every political journalist ought to have known it. (That they didn’t provided some comic relief, as when AP photos from 2014 were tweeted around as evidence of Trump’s horrific policy.)

The holding facilities set up along the border to house minors detained while crossing the border illegally aren’t great. They weren’t under Obama, or under Trump, and they’re not now. But they’re not cages, either. If children being kept in cramped and uncomfortable quarters with unpalatable food is a crime against humanity, then nation’s summer camps and dormitories have a lot to answer for.

What the Democrats did was take a suboptimal but necessary policy, developed and implemented by their own administration, and cast it as some kind of Hellish Plot by the Dread Tyrant Trump to torture children for the sheer pleasure of it. It was cheap and vicious (like so much of what they threw at him). Worse: by demonizing a policy that, while suboptimal, was not actually horrible, they effectively took it off the table.

That conservatives are now having a field day attacking Biden’s “kids in cages” just as mercilessly as leftists attacked Trump is a sterling example of the Boomerang Principle in action.

But the situation was never as terrible as it’s been made out to be. If you didn’t click through to the AP Fact Check link above, or read it all the way through, consider this portion (and remember it’s from May 2018):

—“1500 innocent children ripped from their mothers’ arms at our border. Lost in Trump’s “system”. Give us your tired, your poor, your huddle masses yearning to breathe free — and we will torture them for wanting a better life. From Shining City to Evil Empire in under 500 days.” — tweet Sunday by actor Jim Carrey.

—“What is more shameful than forcibly separating, in America, parents from infant children at the border? And then, losing track of those children?” — tweet Friday by Preet Bharara, fired by Trump as U.S. attorney for the Southern District of New York.

To call the children lost, as many have, is misleading. It’s more accurate to say the government lost track of them, as Bharara put it.

An official from the Health and Human Services Department told a congressional hearing last month that his department placed follow-up phone calls from October to December to U.S. households that were sponsoring the minors after they came to the border without their parents. They reached 86 percent of the children or sponsors, determining 6,075 remained with their sponsors, 28 had run away, five had been removed from the U.S. and 52 relocated to live with someone else.

The department could not verify the whereabouts of 1,475. In some of many cases, sponsors simply didn’t respond to the follow-up phone call, not surprising because many are in the U.S. illegally and reluctant to speak to authorities. HHS decided 792 of those cases merited more attention and referred them to the National Call Center.

It’s not highly unusual to fail to keep track of many minors who came unaccompanied to the border.

During the last year of the Obama administration, HHS was able to locate 85 percent of the minors or their sponsors, according to an inspector general’s report. The Trump administration slightly exceeded that success rate in the last three months of 2017, even as it is accused of losing children.

Unaccompanied minors caught trying to sneak into our country illegally represent a grave problem (which is just one of many reasons I am so strongly in support of doing everything we can to discourage and prevent illegal entry into our country). Democrats couldn’t refrain from exaggerating the situation to slime Trump. Now they’re in charge, the situation has worsened, and their own short-sightedness has not only allowed the right to attack them just as viciously as they attacked Trump, but, more seriously, it has taken some flawed but passable policy options off the table.

The Boomerang Principle needs a corollary to describe this kind of own goal: something along the lines of “don’t deprive your adversary of tools you’re going to need for yourself eventually.”

Maybe “Don’t blow up territory you intend to inhabit?”

Happily, some Danish news media seem to be waking up: a couple of recent TV2 articles, for example, make the very case I made a few days ago with respect to the border crisis (that case being: this is indeed a crisis, and Biden has no one to blame but himself):

The honeymoon days are coming to an end for Biden, Mirco Reimer-Elster, TV2 News, March 19

I’m not partisan enough to celebrate the border crisis, but I’m heartened to see signs that there may be corners of the establishment media where facts the reflect poorly on Democrats are no longer being covered, as Iowahawk put it, “with a pillow, until they stop moving.”

And maybe one day soon we’ll see journalists start to acknowledge stories like this before an election, rather than afterwards.