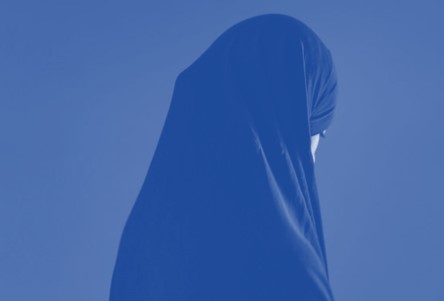 These seven women and nineteen children are interned in the Kurdish-run al-Roj and al-Hol refugee camps in Syria. They are all Danish citizens (or were: citizenship has apparently been revoked from three of the women). The women left Denmark years ago to join the Islamic State. Nine of the children were born in Denmark and left it with their mothers: the other ten were born in “conflict zones” after their mothers had left Denmark.

The al-Roj refugee camp is not a pleasant place:

Thousands of people held in the camps are exposed to violence, exploitation, abuse and deprivation in conditions and treatment that could amount to torture or other cruel, inhuman or degrading treatment or punishment under international law, and lack effective remedies. An unknown number have already died as a result of detention conditions

“Dying as a result of detention conditions” includes being beheaded by the agents of Daesh cells within the camp, or taken out by Daesh snipers’ bullets, for “collaborating” with the camp administrators.

And al-Roj is the nicer of the two camps.

The camps are a blight on humanity, the sort of places that ought only to exist in nightmares and Hieronymous Bosch paintings.

Denmark’s Prime Minister has until very, very recently rejected any possibility of allowing the mothers back into Denmark, but last week it was announced that a task force had been assigned to figure out how to get the children home from the camps without their mothers. They have until May 15.

According to TV2 News:

Speaking with TV2, Foreign Minister Jeppe Kofod (S) would not make any guarantees that the (task force’s) work will end with the children coming to Denmark. Nor even that it will end with the parents, who are suspected of having ties to the Islamic State terror organization, being permitted to accompany them.

“No one imagines that it’s not complicated,” he says. “It’s very complicated.”

So complicated that they deployed that cherished political tool of procrastination: a task force.

In early March, Prime Minister Mette Frederiksen expressed herself quite plainly to the Folketing:

In comments in parliament on Wednesday, Prime Minister Mette Frederiksen denied she and her government had turned their backs on Danish children by refusing to repatriate them from the Syrian camps. Frederiksen also confirmed that the government has no plans to return the children to Denmark.

“I’m not turning my back to any children. I don’t recognise the premise that we should take any kind of risk in relation to jihadists. And that risk exists in any form of action on this area,” she said.

“These people no longer have a home in Denmark. Jihadists cannot come home to Denmark. Denmark is not their home,” she said.

The task force charged with finding a way out of this mess was the product of an agreement between the governing Socialdemokratiet party and most of the opposition parties. It does not include all of the parties of the Prime Minister’s own governing coalition.

Berlingske ran a very interesting piece about one of the mothers in question last week:

Berlingske meets Nadia and her children in Syrian refugee camp: “So I’m not Danish any more? Why? Am I worth less?”, Carolina Kamil and Asger Ladefoged, Berlingske.dk, March 31

It’s a well done article, setting out “Nadia’s” predicament in plain language. It does not take Nadia’s word on anything and goes to great lengths to ensure its readers understand that Nadia could very well be be lying about everything she says that cannot be independently verified. They also note that much of what she says now contradicts things she said in an interview with WeekendAvisen two years ago. They press her on the implausibility of her saying she had no idea what the Islamic State was about when she followed her first husband down there, and saying that she remained unaware of what they were up to even while living two years in the “caliphate’s” capital of Raqqa. The journalists stress that the internet was easily accessible to residents of Raqqa during that period. Nadia nevertheless insists: she had no idea, none at all, never, and that once she finally did realize, she fled.

She uses her having fled as a kind of moral equivocation that might be paraphrased as: “If my Danish citizenship is going to be canceled because I fled Denmark, shouldn’t it be restored because I fled the Islamic State?”

Against the advice of their government, Danish women left Denmark to join the Islamic State, which was waging a brutal holy war against more or less everyone. Their husbands were either killed in battle (in the Berlingske article, Nadia says of her first husband “he got droned”), taken prisoner, or simply disappeared and are presumed dead or in hiding. The women were left with their children: those they had brought from Denmark and those, like Nadia’s two boys, who were born in conflict zones.

Now that the phantasm of the Islamic State has been exorcised and these women find themselves in the purgatory of Syrian refugee camps, they would like to come home.

And that’s the women: adults who freely chose to leave Denmark for the bloody jihad of the Islamic State.

The children take that complication and turn up to eleven.

They are, like all children everywhere, entirely innocent. They did not ask to be born to their idiot mothers and jihadist fathers (or jihadist mothers and idiot fathers, or whatever the case may be). They were not given a choice. And as the children of Danish citizens, they are Danish citizens themselves.

But is it possible to imagine that they should be separated from their mothers and brought back to Denmark without them? Is that in their best interest?

And yet… does the Danish legal system not allow forcible separation of children from abusive and negligent parents? (Answer: Why, yes. Yes, it does.) Can anyone argue it’s in these children’s best interests to leave them in those Syrian hellscapes?

Does justice not require that a woman who leaves her comfortable life in Frederiksberg to accompany her terrorist husband off to holy war be held accountable for her actions?

Does mercy not require that children not be held accountable for the sins of their parents?

I’m reminded of Portia’s famous speech in The Merchant of Venice:

Though justice be thy plea, consider this,
That, in the course of justice, none of us
Should see salvation: we do pray for mercy;
And that same prayer doth teach us all to render
The deeds of mercy.

There are no good answers here: no easy answers, no politically expedient shortcuts beyond kicking the can down the road a few weeks by means of the old “task force” play. And as terrible as this situation is—and surely we can all at least agree that the situation is terrible—it is almost refreshing to find ourselves confronting a question that cannot easily be dropped into the same old dreary left-right framework. (Which isn’t to say there aren’t people and organizations doing their best to force this into the same old Manichean model.)

Most of the questions we face today in Denmark and in the United States are in fact equally as complicated: we’ve merely allowed ourselves a cheap way out by forcing everything into a simple polarity.

It’s a cheap way out because it relieves us of the responsibility to think about issues in any deep or meaningful way.

Thinking is never easy. On the contrary, it can easily turn something that seems simple on the surface into an impossibly complicated mess, as we can see in the case of the Syrian refugee camps. How much easier to come to a snap decision and declare that anyone who disagrees with us is a moral monster!

Making moral monsters of your enemies means never having to answer their arguments, or defend your own.

As messy and complicated as things become when we think about them, however, they get even worse when we don’t.

At least, I think they do.

I should probably assign a task force to figure it out and get back to me.