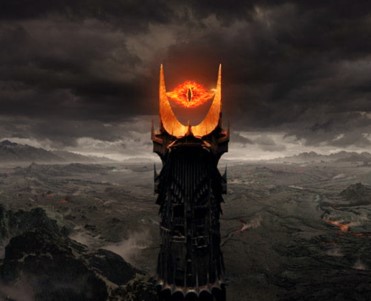 Two big stories out of America got a lot of coverage in Danish media today: the “police-involved shooting” of Daunte Wright in a Minneapolis suburb (and its inevitable aftermath), and news that 46% of Americans would support Dwayne “The Rock” Johnson as a presidential candidate.

Both are American tragedies.

Wright’s death is in itself a tragedy. He ought to be alive today. It is far too early to draw any conclusions about what happened in Minnesota (not that that’s stopping anyone: I’ll get to that later), but from everything that’s been made public to this point, it seems clear that his death was the result of a series of errors by himself and by the officers on the scene. Time, and due process, will tell.

The larger tragedy of his death is the manner in which it’s being used to justify violence, looting, and political derangement.

Dwayne Johnson’s presidential ambitions, on the other hand, aren’t tragic in themselves; according to Newsweek, as recently as 2018 he acknowledged to Stephen Colbert that “he would need to ‘get some experience and understand policy’ before launching his potential White House bid.” That’s the kind of sensible talk you like to hear from a movie star and former wrestler who’s chatting with a late night comedy host about running for the most powerful office in the world.

And what platform would you be running on, Dwayne?

I don’t know, Stephen, but I’ll tell you this: I’ll do my best to understand it.

The tragedy is that this is even a story. We can thank Piplsay Market Research for that: it’s their polling that everyone’s covering.

If you haven’t yet begun to despair for the future of the American republic, I recommend you review their findings in full. And I really do mean in full: pay special attention to their “methodology:”

Survey Methodology: This Piplsay survey (powered by Market Cube) was conducted nationwide in the US from April 2-4, 2021. We received 30,138 online responses from individuals aged 18 years and older.

It’s not “likely voters” or “registered voters.” It’s not even “American citizens” or “people who can count past seven.” It’s just “people who say that they’re 18 years old.” It’s a good thing people are so reluctant to misrepresent themselves online, or you might think these findings were unreliable.

And take a moment to review their library of “Research Reports,” which includes such invaluable offerings as “The Musk Factor: What do Americans think of the Tesla guy?”, “The Royal feud: Who’s right, who’s wrong?”, and “Holidaying amid the pandemic: Here’s what Brits plan to do.”

Getting back to my tragic theme, the question isn’t why a “Market Research” company is pumping surveys onto the internet to find out “the one word you would use to describe Elon Musk” and to get a handle on just how many Americans would like to see Helen Mirren make a run for the White House (7%). The head scratcher is why any organization producing the commodity once known as journalism (and Newsweek is surely in that category) would feel compelled to share those results with their readers.

And the answer is eyeballs.

Newsweek isn’t running a story about Piplsay’s poll about Americans being excited about The Rock’s presidential potential because they want to inform or educate the public, but because they want the public to post links to the story on social media, where even more of the public will go “squee!” and “OMG” and then click on the links to Newsweek, whose revenue is largely driven by how many people come to their website.

The American informational marketplace has, thanks to the confluence of the usual suspects (social media, big tech, declining educational standards, bad astrological karma, etc) become an eyeball economy. If it’ll generate clicks and shares and likes and retweets, it’s money in the bank.

And with progressive politics having taken over control of virtually all the aforementioned usual suspects, we’re also being served an endless buffet of stories that reinforce progressive narratives.

Daunte Wright’s death was certainly a tragedy, as I’ve already noted. There is no indication from anything I’ve seen, anywhere, suggesting that racism played any role in the tragedy. I’m not saying it didn’t: I’m saying no accounts of the incident have cited any racial element to the event beyond the fact that Wright himself was black, which is considered a race. Maybe in time we’ll learn that the cop who shot him was a white supremacist who had spent her decades on the force just waiting for the chance to shoot a black guy. Or maybe in time we’ll learn it was just a horrible and tragic accident.

But the eyeball economy, owned and operated by Progressive Inc., couldn’t resist the opportunity to push their statistically false narrative of an open season on blacks by American law enforcement with sensational headlines and wild insinuations.

For example, from People magazine: “Daunte Wright’s Mom Says He Was ‘Scared’ on Phone in Traffic Stop Moments Before Police Killed Him”

“I know my son was scared. He’s afraid of the police, and I just seen and heard the fear in his voice. But I don’t know why, and it should have never escalated the way it did,” she (his mother) told Robin Roberts in tears.

We’ll indulge a mother’s grief and ignore the otherwise troubling detail of seeing fear in someone’s voice. Wright had good reason to fear the police: there was an outstanding warrant for his arrest. And although his death was tragic, as I’ve already said twice (and now thrice), it should also be noted that fighting off your arresting officer and attempting to flee rarely ends well. Wright’s mother was correct to say it never should have escalated the way it did, but surely her son shares some of the blame for that escalation. Of course it shouldn’t have gotten him killed, but can we not acknowledge that he would almost certainly be alive today if he hadn’t resisted arrest and tried to flee the scene?

The American tragedy isn’t systemic racism (there is none). Nor is it Americans’ purported love affair with celebrity politicians (it was ever thus). It’s the public’s susceptibility to an irresponsible partisan news media whose entire business model is predicated on eliciting strong emotional reactions—come what may.

The Danish media aren’t doing Danes any favor by regurgitating that toxic waste.

The eye of Sauron is ever watchful, always seeking the next big outrage to get your attention, and your clicks, and your shares, and to shove the progressive narrative down your throat because it is the one true narrative and you must submit.

But the eye of Sauron is a lazy eye, so it’ll take what it can get and work with that.

That’ll do it!
NATO to Russia: stop marching on Ukraine immediately
DR.dk, April 13

Oddly enough, not a sexual scandal
The painful sofa affair will not die: “I have not had a good night’s sleep since then”
Berlingske.dk, April 13

Don’t let the man keep you down
This man has a simple message for you: you’re living the life of a loser
Politiken.dk, April 12

The Rock in a hard place
Famous actor will be a presidential candidate if it’s “what the people want”
Berlingske.dk, April 12

Maybe not so perfidious Albion
The British variant is not as serious as feared
Berlingske.dk, April 12

Will Smith and the Georgia Lie
An article by Joachim Talbro Paulsen in today’s Berlingske.dk is headlined “Will Smith withdraws film production from Georgia: ‘We can’t in good conscience support the government economically’ “

The details are as tedious as they are predictable, but one paragraph in particular got my attention (my emphasis):

The new election law is, according to critics, a way to make it harder for the black, poor, or handicapped to vote. That’s done by, among other things, complicating absentee ballots and by making it illegal to distribute food and water to the sometimes long lines at polling places.

“According to critics” is right. Strange that Talbro Paulsen felt no need to consult the law itself or to let us know what supporters of the law say.

Absentee ballots are only “complicated” by requiring that absentee voters verify that they are who they claim to be by providing identification. Only Democrats seem to think that blacks (or the poor, or the handicapped) are incapable of producing identification to vote. Because Democrats are, and always have been, America’s racist political party.

You know what else requires identification in America? Getting a vaccination. (Also renting a car, opening a bank account, boarding a plane, buying a six-pack of beer or a pack of cigarettes, getting a library card, etc.)

Saying that the new law would “make it illegal to distribute food and water” is deceptive at best, as I documented in a previous post: the new law does indeed make it illegal for third-parties to distribute food and water to the starving and mortally dehydrated voter queues of Georgia, in an effort to prevent electioneering, but it also stipulates quite clearly that food and water can be made available at the polling the place by poll workers, and there’s nothing to stop Georgian votes from bringing their own refreshments along as they stand in line to vote.

As I also mentioned in that previous post, the state of California has quite a few stringent electioneering laws on its books, which stipulate that none of the following activities can occur within 100 feet of a polling place:

Also, according to California’s “voting by mail” guidelines, “When your vote-by-mail ballot is received by your county elections official, your signature on the return envelope will be compared to the signature on your voter registration card to ensure they match.”

Given all those racist restrictions, I expect that Smith (who happens to be the highest paid actor in American film history) will be announcing his refusal to pull out of Hollywood any day now.