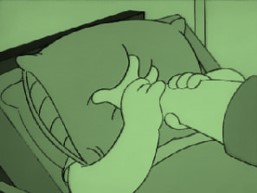 In today’s Berlingske, Mikkel Danielsen has an article examining the schism between the two flavors of crazy fighting for control of the Democrats’ agenda in the House of Representatives.

It breaks no new ground: it merely chronicles, very briefly, the history of hostilities between Speaker of the House Nancy Pelosi, on the one hand, and Alexandria Ocasio-Cortez (AOC) and her so-called “squad” of radicals (Ilhan Omar, Rashida Tlaib, and Ayanna Pressley) from the Congressional class of 2018.

Most of the spats described in the article are old news.

The hardest fights between Pelosi and AOC took place in 2019, and sources tell the outlet Politico that the relationship goes “up and down” – it’s reportedly a bit better today.

“It’s not warm and friendly, but it’s not as hostile as it has been at other points in time,” claims one source.

That’s how it ends: by citing an anonymous source who says that things aren’t really good, but that they’ve been worse in the past.

One wonders why the source had to be anonymous: for fear of speaking too ambiguously? Because he or she is not authorized to express vapor to the press?

One might also wonder why this article popped up this morning. Mikkel Danielsen writes frequently about American politics; it’s not like it was a slow news weekend in America: there’ve been shootings and riots and political firefights galore.

The article is based on an April 15 article in Politico, which article is itself merely an excerpt from a book about Pelosi (Madam Speaker: Nancy Pelosi and the Lessons of Power, by Susan Page) that’s being released tomorrow. Danielsen acknowledges all this in the first few paragraphs of his article, but it doesn’t change the fact this is just an example of “book launch journalism.”

There’s still a border crisis: it’s getting close to a month since Vice President Harris was put in charge of it and she still hasn’t held a press conference on the subject.

There were riots in multiple American cities over the weekend.

(Maxine Waters, you may remember, is suing Donald Trump for criminal incitement of a riot on January 6th.)

The trial of Derek Chauvin for George Floyd’s death is expected to produce a verdict this week; the jury is not sequestered, and Maxine Waters is on the streets literally demanding a verdict of “guilty, guilty, guilty.”

The Democrats have been playing peek-a-boo with the idea of packing the Supreme Court.

The New York Post ran a story last week about one of the self-proclaimed Marxist founders of Black Live Matters having acquired several homes worth millions of dollars; on Thursday Facebook blocked the Post’s article on their platform in yet another example of Big Tech censorship of a perfectly legitimate news story that reflected badly on leftists.

That censorship of the New York Post came hard on the heels of James O’Keefe being banned for life from Twitter for publishing undercover video recordings of a CNN technical director bragging about CNN’s leftist bias and activism.

And presumably Mikkel Danielsen surveyed the recent news from America, including all of these stories and many more besides, and his eye was bedazzled by what amounted to a press release for a book. (His eye or his editor’s, either way.)

The problem with Danish news coverage of America isn’t always the coverage: as with nude beaches and locker rooms, sometimes it’s what isn’t covered that’s the problem.

She had to cut her losses
Heavy international pressure on Denmark before Metter Frederiksen’s decisive decision on circumcision
DR.dk, April 18

Geting it on that leash, however…
The tempo automatically slows down when you have an alpaca on a leash
Jyllands-posten.dk, April 18

Why was he rummaging around in Putin’s underwear and pockets?
First there was poison in his underpants, now Putin’s dying enemy finds candy in his pockets
TV2News.dk, April 19

The taxpayer-funded racism of DR
Indian double mutation under scrutiny in Denmark after finding 11 cases of infection
DR.dk, April 19

We less young people would like a word with your parents
We young people are obsessed with the job’s fuckability on social media
Berlingske.dk, April 18

Know your rights
Cyclist stopped on the highway – thought he had the right to be there
TV2News.dk, April 19

What would Maja do?
Maja broke down with stress and went on a chaotic adventure to France
DR.dk, April 18

“A corpse in a garden“ shouldn’t require a whole article
British media wanted to find the man who fell out of the sky and landed in a garden. Here’s what they found
Berlingskd.dk, April 19

Even piss ants?
Danish researchers have developed an insecticide that causes pests to pee themselves to death
DR.dk, April 18

Mikkel Danielsen published another piece in Berlingske today, six or seven hours after the article discussed at the top of this post. (Also a third piece: that bit about the corpse in the garden was also his.)

His second piece has a much more direct link to Denmark.

“Danish decision makes headlines on CNN and other international media: ‘Denmark swings to the extreme right.’“

The article describes the unfavorable international headlines being generated about Denmark’s decision to return refugees to Syria.

It specifically cites CNN, the New York Times, and the Guardian.

I can happily dismiss all three as leftwing propaganda organs, but it’s not so easy for Berlingske: those are, after all, their primary sources for most reporting on the anglophonic world.

Danielsen’s entire article has an uncomfortably defensive tone, and he points out some of the errors in the reporting by those outlets. That’s not something he does when those organizations report on subjects other than Denmark. In fact, it’s the first time I’ve seen Berlingske suggest that CNN, the New York Times, and the Guardian may not be infallible.

It’s tempting to hope that Danielsen specifically and Berlingske generally might reflect upon this phenomenon and begin questioning whether those outlets’ stories about topics other than Denmark ought to be relayed uncritically to the Danish public. It would after all be a very peculiar for the totality of their ignorance to be limited to a single subject.

I won’t hold my breath.

But I will take this as an opportunity to offer a quick refresher on Michael Crichton’s “Gell-Mann amnesia effect:”

Briefly stated, the Gell-Mann Amnesia effect is as follows. You open the newspaper to an article on some subject you know well. In Murray’s case, physics. In mine, show business. You read the article and see the journalist has absolutely no understanding of either the facts or the issues. Often, the article is so wrong it actually presents the story backward—reversing cause and effect. I call these the “wet streets cause rain” stories. Paper’s full of them.

In any case, you read with exasperation or amusement the multiple errors in a story, and then turn the page to national or international affairs, and read as if the rest of the newspaper was somehow more accurate about Palestine than the baloney you just read. You turn the page, and forget what you know.