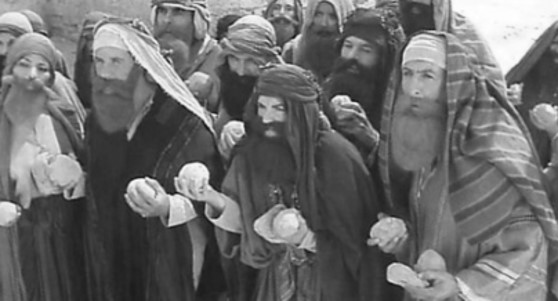 There’s a giddy anticipation in the air: the trial of Derek Chauvin, accused of manslaughter in the death of George Floyd, is now up to the jury. Which is really exciting, because it could result in riots, and riots are big news, and big news is big business!

(It’s a big business that crushes small businesses, devastates entire neighborhoods, ruins lives, and gets people killed. But man, it is like gold for ratings.)

DR in Minneapolis: “Everything will burn down,” if officer is cleared, Sean Coogan, DR.dk, April 18

If we have faith in the American justice system in general, and the jury system in particular, then we need only await the results. They will come. There is no need to burn anything down.

But there are clearly many of us with no faith in the American justice system, because we’re being assured by all the very clever people who are always assuring us of things that if the Chauvin verdict comes down as anything but “guilty, guilty, guilty” (in the phrasing of California Congresswoman Maxine Waters), there are likely to be extensive riots across the country by Americans doubting the integrity of our jury-by-trial system.

Businesses will be burned and looted, people will be hurt and killed, and all of it will be based on a lack of faith in our justice system.

The issue is most often framed by what I can only call the “pro-riot” faction along these lines: black Americans feel disenfranchised by our justice system, so they have every reason to be outraged by anything but a guilty verdict on all counts, as should anyone interested in justice for all Americans!

It’s not a very good argument.

For one thing, it’s racist. Not all black Americans feel disenfranchised by our justice system. Assigning all blacks a belief that’s only shared by some is racist. (Asserting that blacks who don’t share that belief aren’t really black is so racist it’s Bidenesque.)

Third, it presupposes that Derek Chauvin is guilty and deserves punishment, even if the jury determines otherwise. The very reason we have a justice system is to avoid the kind of mob justice being howled for on the streets and the airwaves and across the internet right now. For anyone, much less a U.S. Congresswoman, to suggest that only one verdict will be accepted, is to completely reject our entire system of justice.

Maxine Waters may feel that’s appropriate, but the Constitution makes no special provisions for her feelings—or anyone else’s. And she has sworn an oath to uphold and defend that Constitution.

Not only that, but all this “battlespace prep” is counter-productive to achieving the desired ends, as the judge himself made clear (my emphasis):

“I wish elected officials would stop talking about this case, especially in a manner that’s disrespectful to the rule of law and to the judicial branch and our function,” (Hennepin County District Judge Peter ) Cahill said after dismissing jurors from the courtroom.

Elected officials commenting on the case should show respect for the judicial branch, Cahill said. “Their failure to do so is abhorrent.”

A spokesman for (U.S. Congresswoman Maxine) Waters did not immediately respond to a request for comment.

Chauvin, who is white, pushed his knee into the neck of Floyd, a 46-year-old handcuffed Black man, in May 2020 for more than nine minutes, sparking protests around the world over police brutality.

Cahill denied the request, but said the defense’s concerns were legitimate.

“I’ll give you that Congresswoman Waters may have given you something on appeal that may result on this whole trial being overturned,” Cahill said.

Demanding a particular verdict not only shows no faith in the system, it actually damages the system in a way likely to erode other people’s faith in it.

Our justice system isn’t perfect because it’s made of people, but it contains within it all the necessary checks and balances to remedy any abuses.

Here’s what we all know, or ought to know: The prosecutor’s job is to persuade the jury that Derek Chauvin is guilty of the crimes with which he’s been charged. The defense’s job is to persuade them that he is not. It’s the jury’s job to determine whose arguments are more persuasive and to deliver an appropriate determination on each charge. The jury’s job. Not your job. Not mine. And damn sure not Maxine Waters’s.

Coogan’s DR piece includes an interview with Elul Adoga, an American woman hanging around outside the building where the trial is being held.

She says she wants him to be found guilty.

“If he’s not,” she says, “the state will burn down. So that’s why I’m here. I like the energy, and the community’s here.”

The energy of a mob is indeed intoxicating. I’m not being facetious. It is. That’s why you never want to leave anything up to a mob: it’s drunk on energy.

Asked (again) what she thinks will happen if Chauvin is not convicted, Adoga says: “Everyone’ll be angrier (than they were last summer). I’ll be angrier. So, uh, it’s… Burn everything down, I don’t think anything will be left. In the country, not even (just) the state.”

There’s no qualification, there. No reflection. Give us what we want or burn it all down.

It would be different to hear someone say, “Well, you know, there are three charges, and I’m not sure about the legal definitions of all three, or how they’re typically interpreted in practice, and I haven’t seen all the evidence or heard all the testimony, and I haven’t heard all the arguments, but it seems pretty open and shut to me from what I do know, so I’ll have a really hard time understanding a not guilty verdict on all three charges. I’d really need to have it explained to me.”

That would be reasonable. It would say what I think many people actually feel. To state that any verdict but the one you’d prefer is grounds for mayhem, which is what Adoga and Maxine Waters (and many others) are saying, is irresponsible, stupid, and very, very dangerous.

Let’s not “hope” the verdict comes down one way or the other. Let’s not demand anything, and let’s certainly not threaten anything.

Let’s merely hope that the jurors take their responsibility seriously and deliver the verdicts they believe appropriate based on the evidence and arguments with which they’ve been presented.

Maxine Waters is not a “local politician” in Minnesota
The George Floyd case nears its conclusion – but then local politicians said something that may lead to the case to go on
Berlingske.dk, April 20

In fairness to Berlingske, this was the title on their homepage, not the title of the article itself, which was “Drama in Floyd case: Trial may be overturned on account of 82-year-old Democrat’s inflammatory rhetoric.”

There is no government authority in the United States, at any level, anywhere, with the power to “forbid” any language of any kind, ever. And that’s not what Biden did. He merely ordered federal agencies to use the phrase “undocumented noncitizen” in place of the phrase “illegal alien” in the course of their government work.

With the crisis at the border and riots across the country, with Russia and Ukraine on the brink of open warfare, with all that China’s up to, in the midst of a pandemic, the Biden administration actually spent time deciding that the phrase “illegal alien” should be replaced with the entirely synonymous phrase “undocumented noncitizen.” And apparently the headline writer at Berlingske believes “illegal alien” is a “demeaning phrase.”

They left Denmark to join the Islamic State: they’re only stateless because there’s no more Islamic State, and that’s a good thing
With a stroke of a pen, Denmark has taken citizenship from refugees in Syria: Now they risk “de facto statelessness”
DR.dk, April 19

So the jury came back with the verdict least likely to cause further riots.

It is sad that the vortex of activist protests, extraordinary security measures, clear attempts by politicians to push for a particular verdict, and the baying of media hoping for newsworthy rioting cannot but cast a pall of doubt over whether the verdict handed down represented the honest deliberation of fair-minded citizens presented with all the evidence, or whether it represented a group of nervous people looking for a way to minimize the risk to the country, state, city and themselves.

There seem to be two sides, roughly. One side that believes the American system of justice is not, in broad strokes just or fair, but irredeemably racist and unfair. That side got the verdict they wanted, but of course that will not restore their faith in the system, since the unfairness is the motor that gives the leaders of that side their power and influence.
The other side may have some residual feeling that the system is – while flawed – worth preserving. The verdict most likely further erodes the confidence of these people.

As you reference the incongruity of what justifies violence between the Chauvin trial and the Jan 6 events in the Capitol, one notes that we now finally have confirmation of what many suspected regarding the Brian Sicknick death. The information we have now was known to the authorities within a few days if not hours of the officer’s demise, but was kept back from the public until now.

Gee, I wonder if there was some political hay to be made out of the uncertainty behind whether his death was due to pro-Trumpers storming the Capitol or – as we now know – natural causes.
If you want faith in the system and the authorities to be obliterated, they are doing a bang-up job.

Back in the 90s I used to say that Orwell was naive because his era was naive. If Big Brother came today, I said, he would come as a slick, smiling cartoon figure: more like Big Bunny than Big Brother. Orwell was spot on, though: the naivete was all mine. The only thing he missed was the way the role of O’Brien would be played by the media… traditional and social. (Also, all those pneumatic tubes!)

But I like the American twist on Orwell’s dystopia, courtesy of Henry Ford: “You can have any thoughts you like, as long as they’re ours.” It’s not freedom of speech any more, it’s freedom of Approved speech. Not freedom of assembly, but freedom of Approved assembly. And so on. I keep thinking the good true liberals of the left will rise up and correct the error of their peers, and a few have (Bari Weiss, Matt Taibbi), but it’s not enough and I begin to wonder if it ever will be.

At the rate things are going, Orwell might not have been naive, but he was certainly showing alarming signs of being an optimist…

“Orwell was an optimist” would make a great bumper sticker. (If it isn’t already.)

Optimistic Orwell would also be a pretty good band name