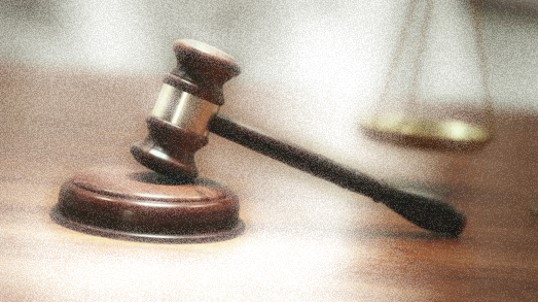 A drug-addled thug on the brink of (or in the throes of) an overdose died while in the custody of law enforcement. Was it murder? An accident? The family blamed the police; the officers involved claimed they’d done everything by the book.

The victim’s name was Alex Billmeyer. He was a white man from Dubuque, Iowa. The events occurred in 2019.

Both cases were investigated internally by state and/or local authorities. No charges have been filed in either case. There are others like them. Many others. Too many.

The role of our justice system in such cases is to ensure that people are held accountable for wrongful deaths. Law enforcement officers are all human, they can be wicked and they can be careless, and their actions can cause deaths that never should have happened.

A drug-addled thug on the brink of (or in the throes of) an overdose died while being arrested. Was it murder? An accident? It looked bad: the officer was arrested and charged, and following a trial he was convicted yesterday by a jury.

Derek Chauvin was found guilty on all three charges. He will likely appeal. It will then be the job of the appellate court to confirm or overturn each of the three verdicts. That’s how the system works.

But those of us with faith in the American justice system are apparently few and far between:

Analysis: Murder verdict in Floyd-case is historic. But whether it marks a major turning point in America’s racial history only time can tell, Michael Bjerre, Berlingske.dk, April 20

Berlingske and DR both call the verdict “historic” in their headlines.

It’s the first time ever in America that a white officer has been convicted for having caused a black man’s death in police custody, and in that sense the conviction represents a huge victory for the black America.

That’s very careful wording, and it’s by design: plenty of white officers have been convicted of killing black suspects unlawfully. (Here’s just one example.) It’s unlikely this was a first even using Bjerre’s convoluted formulation (I’d like to know his source), but it’s not impossible, for reasons DR actually gets right:

Historically speaking it’s rare that police are prosecuted, and rare that they’re found guilty. That picture changed in Minneapolis yesterday.

It is indeed rare that police are prosecuted for murder, and even rarer that they’re convicted. That’s true, and it’s a problem that goes beyond race.

To say “that picture changed in Minneapolis yesterday,” however, requires a logical leap of fantastic proportions. Snow in Denmark during the month of May is rare: if it snows next month, that will not change the rareness of May snows, it will merely make this May the most recent data point in the sequence. It would have to snow every May for the next few years before one could say the picture of May in Denmark was changing, wouldn’t it?

I would like to know why the Capitol officer who shot and killed the unarmed Ashli Babbitt has not only not been investigated or charged, but hasn’t even been named. I would like to know why the American media don’t seem interested in that particular case of a law enforcement officer shooting and killing an unarmed American. Their lack of interest is surely at least partly responsible for the government’s failure to release any information.

Maybe Lillian Kretz could ask? It would, after all, help to change the picture.

I would also like to know why when an officer saves the life of one girl by preventing her murder by another, we get headlines like:

Regardless: the protests have already started in Columbus.

As with the case of Derek Chauvin, there’s video of the event. Let Officer Tatum walk you through it if you can stomach it.

Once again: that’s just one video from one angle. We don’t know the whole story. But the systems of law enforcement and justice are reacting appropriately: the incident is being investigated as it should be, and we’ll see where it goes.

But while the video of Derek Chauvin looked bad to this layman’s eyes for Derek Chauvin, this video looks bad for Ma’Khia Bryant, the girl who was shot. Rushing at someone and raising a knife to slash at their throat is never a good look. (For a young man to kick a woman in the head while she’s prostate on the ground, in front of a police officer, isn’t a good look either, but that’s just a sideshow here.)

It appears to this layman’s eyes that the officer in this case saved the life of a black girl by neutralizing an assailant that was a second or two away from killing her. This layman has a hard time imagining what else the officer could have done to prevent that knife from making its mark.

This layman is also astonished, like Officer Tatum, that people would behave like this after police arrive on the scene. Any people of any color. Under any circumstances.

But go ahead and scan the headlines above again. Notice not a single one of them makes any reference to the fact that the officer fired his weapon to protect the life of an unarmed girl from an armed and very aggressive assailant.

Observe, also, that in the headlines it’s not one officer who fired the shot or shots that killed her, but “police,” “Ohio police,” and “Columbus police” (twice). See, that way it’s not just one officer: it’s systemic.

I have faith in our justice system.

I have none in our media.

Will that picture change?

News you can abuse
Going to the bar tomorrow? Here’s why the draft beer can hit a little harder than before
DR.dk, April 20

Sounds more like it went from bad to socialist
They stand in hour-long lines for bread and fear being arrested: The situation in Damascus has gone from bad to catastrophic
Berlingske.dk, April 21

You will dine out—or else
Reservations for restaurant and café visits are now mandatory
BT.dk, April 21

It’s all about the stars
The stars jubilant over historic verdict: “I cried tears of joy”
DR.dk, April 21

It’s all about Bo and Leif
For four months Bo and Leif have been looking forward to visiting their favorite pub in Nørrebro – now they may
Berlingske.dk, April 21

Molon labe
“We don’t just want to steal your red meat, we want to change the world“
Politiken.dk, April 21

Come for the COVID-19, stay for the reopened bars and restaurants
As an American citizen, I receive various messages and alerts from the U.S. Embassy in Copenhagen, including information from the U.S. State Department. Today I received an email with the following text (links from the original):

The Department of State updated the Travel Advisory for Denmark from Level 3 (Reconsider Travel) to a Level 4 (Do Not Travel) on April 21.  The advisory level for Denmark was changed because the Department of State has updated our Travel Advisories to better reflect and align with the scientific and statistical data that informs the Centers for Disease Control and Preventions (CDC’s) Travel Health Notices.  The Centers for Disease Control and Prevention (CDC) has issued a Level 4 Travel Health Notice for Denmark due to COVID-19, indicating a very high level of COVID-19 in country. As we improve our products to better keep U.S. citizens informed of the risks posed by COVID-19, many countries’ Travel Advisory levels will rise due to this change in methodology.

The text of the updated Travel Advisory for Denmark is below.

Current Travel Advisory for Denmark
Do not travel to Denmark due to COVID-19.

I already live in Denmark, obviously, but if I didn’t, and I were planning a visit, it certainly wouldn’t be due to COVID-19.