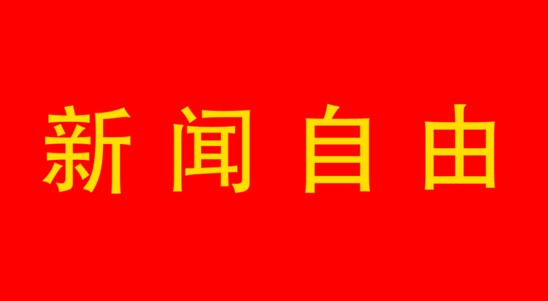 I haven’t seen any coverage of this in America (yet), but four Nordic newspapers published an open letter to China on their front pages today: Norway’s Aftenposten, Sweden’s Dagens Nyheter, Finland’s Helsingin Sanomat, and Denmark’s own Politiken.

Politiken had it blaring out at the world from the top of their home page this morning:

At this writing it’s no longer featured so prominently, but they’ve at least removed it from behind their paywall, which had blocked me from viewing the letter this morning.

The English language version has also been removed from behind the paywall.

(Don’t ask me why Politiken published an open letter about the importance of a free and open press behind a paywall.)

Here are the first two paragraphs of the English version (entitled “Letter from four Nordic newspapers: To the People’s Republic of China”):

It has been too much for a long time. Now, enough is enough. The world can no longer stand idly by as China gradually sucks the air out of freedom of the press in Hong Kong. Our hope that China would live up to its assurances and promises that basic democratic civil liberties would be defended and protected in Hong Kong has been dwindling lately, while our fear and disdain has been growing.

The last – possibly naive – hope regrettably died when the independent newspaper Apple Daily collapsed under the violation of freedom of the press by the authorities. We watch with growing concern as our profession – free, independent, and critical journalism – is criminalized. And we watch with growing concern as this development affects one media outlet after the other, most recently Apple Daily, in the Hong Kong that once held so much promise. Before that, it was Radio Television Hong Kong that was placed under the control of the authorities, while the police was granted new powers to censor the internet.

Good stuff: it’s heartening to see the press call China out for its grotesque abuses of the press and the free flow of information.

The open letter makes no mention of the slow-motion genocide of the Uighurs, the slave labor employed throughout China, the inexorable assimilation of of Tibet and Taiwan, the construction of artificial islands to serve as military bases in the Chinas Sea, or the border hostilities against India. Even Hong Kong is only mentioned as a backdrop to the CCP’s shutdown of Apple Daily.

The journalists of these four Nordic papers only appear to be concerned about the journalists of Hong Kong. It’s the only concern they raise: the criminalization of their profession by the CCP.

How about a little pushback against corporate giants submitting slavishly to the CCP? (Like Nike’s CEO declaring his company a brand “of and for China?”)

How about pressing American superstars who lash out against critics of the CCP to clarify their support for a murderous and oppressive regime?

The editorial doesn’t call for the CCP’s ambassadors to these four countries to be called before their respective heads of state: apparently that’s something Politiken reserves for only the most dire of circumstances—like when an American president has a telephone call with an American governor.

The Chinese Communist Party is monstrous.  That’s no secret.  They’re not coy.  They don’t stifle dissent: they crush it., then bury it, then dance on its grave. That’s literally what they’ve done by celebrating the CCP’s 100th birthday in Tiananmen Square, where just thirty years ago the tanks of the Red Army crushed a doomed protest movement for democracy.

The words “Tiananment Square” don’t even appear in the open letter.

The CCP doesn’t apologize for its atrocities: on the contrary, they most often demand (and too often get) apologies from anyone, anywhere, daring to raise such subjects publicly.

And their willing stooges in the west, nicely bought and paid for, too often end up enforcing the intellectual appeasement demanded by the CCP. The very nations that ought to be standing up for the emancipation of the Chinese people, and the people of Tibet, Taiwan, and Hong Kong, will happily sell them down the river for cheaper sneakers and televisions.

Why does anyone think it’s going to end any differently?

Chairman Xi noted proudly in his address to 70,000 special guests in Tiananmen Square that anyone attempting to harass China will “have their heads bashed bloody against the Great Wall of steel forged by over 1.4 billion Chinese people.”

In case you’re a little rusty, that’s not the sound of a country eager to take its place among the brotherhood of nations.

It’s the sound of a country getting ready to tell you where you get off.

China’s President Xi Jinping on Thursday warned that foreign forces attempting to bully the nation will “get their heads bashed”, and hailed a “new world” created by its people as the ruling Communist Party marked the centenary of its founding.

In an hour-long address from Tiananmen Square, Xi pledged to build up China’s military, committed to the “reunification” of Taiwan and said social stability would be ensured in Hong Kong while protecting China’s security and sovereignty.

“The people of China are not only good at destroying the old world, they have also created a new world,” said Xi, China’s most powerful leader since Mao Zedong, the founder of the People’s Republic. “Only socialism can save China.”

Why don’t we take communism seriously?

Were the gulags and mass-graves of the 20th century not enough?

Are we thinking we ought to give this thing another chance, because this time it’s different?

The hammer and sickle have flown over more atrocities than the swastika, by at least an order of magnitude.

And worst of all, if we’re going to take these Nordic papers at their word, it’s very hard on journalists.