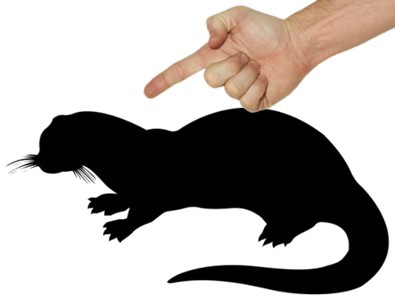 NOTE: AmerikanskeTilstande will be on vacation for the rest of July. Posts will be published, but on a much more sporadic basis.

I always said there’d be time enough for countin’ when the dealin’s done.

Actually that was Kenny Rogers.

What I said (and wrote) repeatedly was that whenever we reached the end of the pandemic, we’d find that a lot of mistakes had been made in good faith and we’d need to be forgiving. Close enough, even if it lacks a catchy tune.

DR’s Detektor program, one of the few in Denmark that still performs actual investigative journalism, ran a story yesterday entitled “Statens Serum Institut has forgotten what they themselves said about the mutated virus in minks.”

When the government last year decided to kill all the minks in the country, it did so largely on the basis of the fact that a mutated coronavirus called “cluster 5” had been found in minks.

According to Prime Minister Mette Frederiksen, the mutated virus was bad news for the vaccines:

“The mutated virus—via mink—might carry the risk that the upcoming vaccine will not work as it should,” she said, for example, at a press conference on 4 November.

The decision has since been criticized because there was no evidence that the mink mutated virus could dodge the vaccines.

Particular criticism has been directed at the government’s advisers in the Statens Serum Institut, as they were the ones who warned about the discovery of cluster 5.

But now the Statens Serum Institut is defending itself by saying that the institute never claimed that cluster 5 in itself posed a threat to the vaccines:

“SSI has at no time claimed that vaccines would not work against cluster 5, or that cluster 5 was in itself an alarming finding,” the Serum Institute writes in a response to Berlingske.

However, that is not true. That’s shown by a review Detektor made of the department’s statements last autumn.

The details aren’t especially significant beyond that: Detektor “has the receipts,” as the cool kids on Twitter say, and suffice to say that an SSI department chief did in fact say that it was possible cluster 5 raised a possibility of a vaccine “not being able to work adequately.”

Their defensive statement is therefore plainly untrue. It is, in other words, a big hairy lie.

Why do so many people and institutions find that so difficult to say?

Why, instead, do we get “I never said that,” or “that was taken out of context,” or “it depends what the meaning of is is?”

Do our political and cultural leaders really imagine we think they’re infallible, or that we need them to be (or act) infallible?

When I said we’d need to be forgiving of mistakes made in good faith, which the original SSI statement may (or may not) have been, I was anticipating statements like: “We were doing the best we could with the information we had, always trying to err on the side of caution: we made some mistakes, of course, but our intentions were always in the best interests of the Danish people.”

Who wouldn’t find that forgivable? An acknowledgment of culpability, along with an explanation of the mitigating circumstances.

Instead, we’re getting: “Who, us? We never said that. You must be thinking of someone else.”

To those outside of Denmark who fail to see the gravity here, the entire Danish mink industry was liquidated last fall on nothing more than the Prime Minister’s say so.

The minks were slaughtered and the businesses ruined, and it then emerged that the scientific recommendations upon which Frederiksen had claimed to base her decision were no such thing. It might have cost her her job: she had no authority to issue the demand, and what authority she claimed was based on recommendations she hadn’t received.

One small thing she had in her favor at the time was the SSI statement that the mink mutations represented a significant threat to the efficacy of the soon-to-be-released vaccines. It may be politically imprudent to liquidate an entire industry on the basis of a remote possibility, but one needs something to hang one’s hat on.

The question of whether the SSI did or did not say that this particular possibility existed therefore has some actual weight.

All of that is prologue to the actual questions facing us today and tomorrow, and probably for months and years into the future: we’re going to have to determine where the boundaries of responsibility lay for all the decisions made at every level of government, and we’re going to have to determine the boundaries of our forgiveness.

We’re going to have to have some accountability, and there ought to be consequences for people and institutions whose errors were not made in good faith, or were not even errors so much as abuses—but we also have to avoid a retributive reign of terror as a response to 2020’s the reign of error.

Let’s fast forward to the end of the article:

Mette Frederiksen was not the only one from the government who emphasized the vaccine threat from cluster 5. The Minister of Health Magnus Heunicke did the same:

“What’s new is that the Serum Institute has found a mutation from five different mink farms, and has shown in these tests that the mutation can affect the effect of the current candidates for a vaccine against Covid19,” he said at the press conference on November 4, and continued:

“And as the Prime Minister says, infection on mink farms is a threat to public health in Denmark, but also a threat to the development of vaccines against corona.”

The message was repeated by Magnus Heunicke the next day at another press conference:

“We know that 94 percent of the virus variants originating from minks have been found in humans in northern Jylland. So it’s one of these virus variants, this new cluster 5 variant, which has been shown to be able to reduce the effect of the current vaccine candidates,” he said.

Detektor has asked the Statens Serum Institut how it can be that the institute didn’t say anything about the government’s interpretation of cluster 5’s threat to vaccines, when they say today that “SSI has at no time claimed that vaccines would not work against cluster 5, or that cluster 5 was in itself an alarming finding “.

The Statens Serum Institut had not returned with an answer before this article’s deadline.

Politically this may turn out to be a blessing of sorts for Frederiksen: it takes the spotlight off the question of her authority to order the liquidation and shines it instead on the rationale for her having done so.

Practically speaking, the rationale is irrelevant: she had no authority to order the slaughter of every mink in Denmark.

Detektor makes a strong case that SSI did indeed suggest, apparently without evidence, that cluster 5 represented a serious threat to the vaccines. That SSI has apparently lied about having done so is troubling, and there should be consequences.

At the same time, the government’s lack of authority in the case is also troubling, and there should have been consequences beyond Frederiksen’s tearful media moment with a ruined mink rancher.

These are our governments and institutions. They’re beholden to us, not we to them.

They sometimes need to be reminded of that.