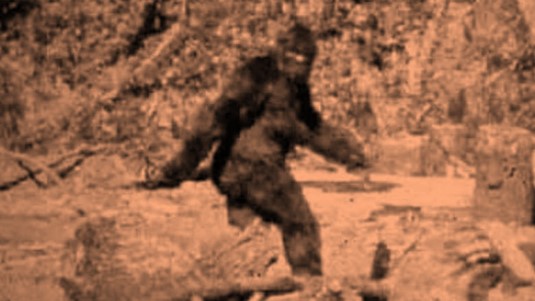 There was an article on Berlingske’s AOK website yesterday about the problem of internet misinformation:

Nonsense and fake news have been spreading like a virus—here’s the cure
Kresten Schultz-Jørgensen, AOK, Berlingske.dk, July 29

Schultz-Jørgensen is the administrative director of Oxymoron, a Danish communications bureau that, according to their website (emphasis in original), “creates change by uniting companies, moving culture, and motivating people.”

That’s all I know about the man: that he’s a suit at a company whose mission statement is boilerplate mush.

Never mind his diagnosis, and never mind whether his concern is sincere or tactical. We’ll skip all that and jump to his proposed cure, found in the last three paragraphs of the piece:

What is fundamentally missing is a digital education for every one of us.

Media, public education, democracy. There’s a lack of ambition for how we ensure a completely different digital sustainability in schools, cultural life and the media than what we’re talking about today. An ability to quality assure arguments. A sense of knowledge. An obligation not to publicly ventilate everything in one’s own head.

Let us now have the national strategy for digital education. The nonsense is growing.

That’s the conclusion of the article and the full extent of his cure: digital education.

What Schultz-Jørgensen seems to be missing—what an awful lot of people seem to be missing—is that information is no different online than it is in real life. It may travel more quickly, and with more ease, but the problems with misinformation online are the same problems with misinformation in analog form: what can be done about the immemorial problem of fundamental human disagreement on what is and is not true, or real, or viable?

When I say this communications professional seems to be missing this, I mean it almost literally: he swings at it, but it’s a clean miss:

Nonsense abounds, in short, even though we live in one of the most well-educated societies in the history of the world. The interesting thing is, therefore, what on earth do we do about it?

I am aware that we humans have a right to believe anything, as we’re constantly being reminded on social media.

“Are we not entitled to debate?” people ask rhetorically when confronted with their wild hypotheses. Yes yes, but you also have the right to be contradicted when your views are based on nonsense.

And that’s the answer, right there. People are entitled to believe what they will, to share those beliefs, and to contradict beliefs they disagree with. That’s a natural right. Inalienable.

In short, the biggest and most harmful misinformation going around these days is the idea that we can and should do something about misinformation.

Our libraries and bookstores are full of books propounding every kind of nonsense and idiocy: Sasquatch, Atlantis, alien abductions, the power of crystals, numerology, phrenology, how to pick up girls…. I could obviously go on. There are newspapers and magazines and physical newsletters dedicated to these subjects. Clubs and associations organized around them.

Isn’t it all misinformation?

Why aren’t we talking about purging our libraries and bookstores of this nonsense? About banning periodicals on these foolish topics? About forbidding clubs dedicated to ridiculous propositions?

There are a lot of good, practical reasons why there’s no mad rush to ban misinformation from the public square.

If you’re an atheist, the Bible and Koran and Bhagavad-Gita and other holy books are pure nonsense: misinformation in the third degree. Similarly, if you adhere to any of these faiths, then obviously atheism and every other religion are ridiculously wrong. Who’s going to decide which is the one true epistemology and then clamp down on the others?

How much of “what everyone knew” in the seventeenth century is considered laughably ridiculous today? Are we really so arrogant we think that “what everyone knows” today won’t be equally laughable a few centuries down the line?

Few ideas are more senseless than the idea that anyone ought to be permitted to determine what other people are and aren’t allowed to believe, or write, or say. It’s senseless because history shows us that every single time it’s tried, the effort is accompanied by mass graves.

The obsession with misinformation is itself a kind of misinformation, in that it’s based on the premise that someone, somewhere, is capable of accurately and objectively separating the true from false, the good from the harmful, the smart from the stupid—unerringly. No such creature exists on the mortal plane.

Almost all of this hysteria about misinformation isn’t really grounded in any reverence for truth, but rather contempt for anything that contradicts the preferred narrative, which is coming almost entirely from the left and from people so thoroughly drenched in leftism they don’t even know they’re leftists.

There’s obviously demonstrably false information all over the internet (and saturating our libraries), but take an objective look at the particulars of what these hysterics are worried about: it’s invariably stuff that contradicts the leftist narrative. I follow an awful lot of right-of-center (I won’t say conservative) pundits and commentators in print and online and have never seen a one of them seriously call for suppression or censorship of leftist ideas online or in print, however absurd those ideas might be.

“Digital education” (whatever that means) won’t do a damn thing about the volume of nonsense on the internet: the only “solution” is real education: teach our children how to think critically, how to assess the validity of an idea, the viability of a hypothesis.

Then let them make up their own damn minds about Sasquatch and Atlantis.

I have a better idea: let’s just get our existing schools back in the business of teaching kids how to think, rather than what to think.

That won’t be the end of “misinformation,” but it’ll certainly limit the harm it can do.

One more thing: a very good point from Sharyl Attkinson:

Indeed: calling the January 6th trespassers “insurrectionists” might even be called misinformation…