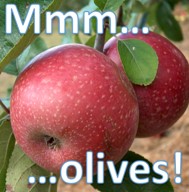 On Sunday, Berlingske published the first in a series of three interviews with Danish authors on the subject of racism in Denmark:

Author Sofie Jama got shit smeared on her front door: The aggressive
racists are the most sincere in their communication
Kristian Lindberg, AOK, Berlingske.dk, August 1

Sofie Jama is a Somali-born Dane who came here as a child. I don’t know anything about her or her books, but she says some refreshingly sane things in this interview.

She herself has experienced hard, clear racism. Among other things, she had a neighbor who smeared feces on her front door. Another time there was an elderly lady in her building who slammed the door on her face with the words “go back where you came from.”

“I have always tried to talk to those who are hostile and shout ‘go back where you came from.’ I don’t want to win a shouting match with them, but I ask with genuine curiosity what they have against me. Because I want to know. If people shout, I respond reassuringly and speak in a low voice. And I address them as countrymen,” says Sofie Jama.

(The phrase that I translated as “go back where you came from” was, in the original Danish, “skrid hjem,” which is different literally but more or less the same colloquially.)

One observation of hers rang a bell with me:

“When a stranger pats my daughter on the hair and says ‘fine curls,’ I don’t perceive that as racism. I perceive it as a sincere interest in the different. I’m also infinitely curious myself, and this is often a good starting point for a fine interaction,” says Sofie Jama.

The bell it rang was not one of direct personal experience, but of an anecdote related to me by an American that Herself and I used to bump into now and then at the local watering holes when we first moved here. (We were younger and childless and had time for cafés and bars.)

He was a black guy, much older than us, and usually much drunker than us. He’d been living in Denmark since the 1970s. He’d been a musician or roadie or something with one of the big groups of the era, and at the end of one of their European tours he’d decided to remain in Denmark. He recalled Danes literally walking up to him on the street and asking to touch his hair (which he claimed was more abundant at the time). “It wasn’t racist,” he told us, “they’d just never seen that kinda hair before, it was new to them, they were curious what it felt like.” He laughed about it.

I could sort of believe that, because he was telling us about the past, that remote country of which we’re willing to believe nearly anything. Besides, what didn’t people do in the 1970s?

So although I agree with Sofie Jama’s assessment that strangers touching her daughter’s curls are doing so out of curiosity rather than racism, it still strikes me as weird that they’d be doing it at all. I suppose if we moved to central Africa and people were always fussing over the long blonde hair of my daughters I’d attribute it to curiosity rather than racism, but I’d also wonder about the manners of any stranger reaching out to touch their hair.

But maybe that’s just me.

“If you respond to hostility with understanding and respect, it often ends well. If you respond to racism with moral condemnation, something good rarely comes out of it. You shouldn’t raise yourself above your opponents and try to shut them up. There’s racism all over the world, but you can always go and start a conversation with people, “says Sofie Jama.

Hallelujah to that. And it goes beyond racism: good things also rarely come from responding to people who disagree with you politically by attacking them morally—or silencing them completely.

She also rejects the popular notion among identity-politics activists that only whites can be racists because of their alleged top spot in the power hierarchy.

“There’s also an insane amount of racism between groups of foreigners in Denmark. The Arabs’ nickname for Somalis is ‘slave!’ But you don’t hear much about that kind of thing. The well-meaning don’t want to hear about it. It doesn’t fit into their story,” says Sofe Jama.

Sofie Jama seems so damn sensible throughout the entire interview: reading it was like a breath of fresh air.

Until, near the end of the article, she goes right off the rails:

“We don’t have apartheid and we don’t have racial segregation. We don’t have a situation in Denmark that can be compared to what led to George Floyd’s death in the US,” says Sofie Jama.

Rather than correcting Jama’s error, however, or leaving it on the cutting room floor, the journalist Lindberg glides right by it:

The death of black George Floyd at the hands of white police officers also led to large-scale protests here in Denmark, organized by the Black Lives Matter movement. Sofie Jama did not join the demonstrations. As a member of a minority, you have to be careful about making yourself a chronic victim. It’s a negative way of navigating Danish society, she says.

“I’m not saying it’s easy to be black in Denmark, but if you constantly feel offended or feel like a victim then you end up being the little one,” says Sofie Jama.

I don’t know what it’s like to be black in Denmark (or anywhere else), so I can’t assess the validity or universality of Jama’s perceptions and therefore have no opinion on them, other than to say I admire the way she’s chosen to deal with the racism she’s been confronted with.

However, it’s an established matter of fact that racism played no role in the death of George Floyd. He was a drugged-up thug, a guy who’d once pressed a gun against the distended belly of a pregnant woman while his friends robbed her home. He was murdered by a bad cop who showed appalling indifference to human life.

“One reptile devours another,” as one of the Karamazov boys was fond of saying.

Maybe Jama knows this. Maybe in saying that Denmark doesn’t have the kinds of social problems that led to Floyd’s death in America she was referring to rogue cops and fentanyl abuse. Could be. But coming as the third item in a series that began with apartheid and segregation, I doubt it.

Nevertheless, Jama is a Danish author who’s under no obligation to have her facts straight on America. In fact, if she relies on Danish media for her news of America, then of course she’d assume George Floyd’s death was essentially a straight up lynching.

Lindberg, you’ll note, doesn’t actually attribute Floyd’s death to racism (although by citing the skin color of the cops and of Floyd he certainly insinuates as much), but neither does he correct Jama.

Imagine if she had said, “We don’t have apartheid, or segregation, or the kind of situation that can be compared to Lollapalooza in America.”

Wouldn’t you expect Lindberg to have followed up on that?

After all, the Chicago music festival has absolutely nothing to do with racism. It would be a complete non-sequitur to lump it in with apartheid and racial segregation.

I’m not being obtuse: I realize that the difference is that George Floyd’s death is believed to have been a racist episode. That’s the problem: it’s a mistaken belief. That’s not an opinion, but a fact: there was a trial, there are transcripts, this is known. And every time, every single blessed time that it’s implied otherwise, that belief gets a little more sustenance. It solidifies just a little more as something that “everyone knows.” It’s why even an apparently bright and perceptive woman like Jama “knows” it. And repeats it.

Which is why it needs to be called out every single time. Everyone should not “know” something that isn’t true. Journalists shouldn’t be perpetuating falsehoods or letting them stand.

I know there are a lot of people that find this upsetting: people who might privately or at least inwardly acknowledge that George Floyd’s murder had nothing to do with racism but consider that almost beside the point. Such people believe the emotive symbolic power of his murder outweighs every other consideration. “It may not have been a racist murder technically,” such people seem to think, “but its symbolic value is crucial to the fight for racial justice in America.”

Silly example? Sure. But also spot on. If you want to prove the existence of something that other people are dismissing, especially if you’re asserting that it’s a widespread phenomenon, why hold up an example that’s demonstrably irrelevant to your premise? By your own logic there must be thousands of actual examples out there: use another one to support your argument.

But this particular lie has to be called out over and over again because the establishment won’t let it go, presumably because they believe it serves their agenda for Americans to believe the worst about everything—otherwise they might not support the establishment’s crusade to fix everything.

The sad fact is, pace Sofie Jama, we do have in Denmark what arose from George Floyd’s death in America: a dishonest (or lazy) media spoon-feeding propaganda to a public all too willing to drink it in.