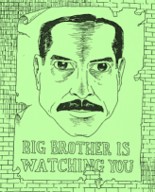 First: good news! According to DR, Twitter is partnering with AP and Reuters to improve their ability to enforce the narrative in real time:

According to Twitter, the two news bureaus will contribute to trustworthy information about central topics and events being accessible while they happen.

This will be especially important, according to Twitter, in cases where there’s “dispute about the facts,” or where Twitter’s own people don’t have the appropriate expertise or access to good enough information about the subject.

That means next time a bunch of Catholic schoolboys in MAGA hats start their racist bullying of a peaceful innocent bystander, their defenders won’t be able to twist things around to their advantage: look how expertly Reuters handled Covington:

The students from private, all-male Covington Catholic High School in northern Kentucky were in Washington for an anti-abortion rally on Friday when they were filmed surrounding Nathan Phillips and mocking the Native American’s singing and drumming.

One teen in particular is seen standing in front of Phillips, staring into his face with a smile. Fellow students, many in clothing bearing President Donald Trump’s “MAGA” slogan, cheered him on and chanted, “build that wall, build that wall,” Phillips said.

AP handled it just as magnificently as the events unfolded:

State Rep. Ruth Buffalo, a North Dakota state lawmaker and member of the Mandan, Hidatsa and Arikara Nation, said she was saddened to see students showing disrespect to an elder who is also a U.S. military veteran at what was supposed to be a celebration of all cultures.

“The behavior shown in that video is just a snapshot of what indigenous people have faced and are continuing to face,” Buffalo said.

She said she hoped it would lead to some kind of meeting with the students to provide education on issues facing Native Americans.

The videos prompted a torrent of outrage online. Actress and activist Alyssa Milano tweeted that the footage “brought me to tears,” while actor Chris Evans tweeted that the students’ actions were “appalling” and “shameful.”

In other words, Twitter will be strengthening their policy of enforcing strict adherence to Big Brother’s talking points and propaganda. A big win for Big Brother!

The test run of A Boot Stomping on a Human Face—Forever is doing spectacularly well down in Brisbane. The DR headline alone ought to shoot such a thrill up your leg that Christ Matthews himself will gasp in envy:

“We need to lock down really, really hard”: Australia sends soldiers on the streets after delta outbreak

DR reports that Australia’s third-largest city has put all of its nearly 2.3 million citizens under house arrest after 13 cases of covid infection were detected in a 24-hour period—a number not seen since the nightmare days of January.

The length of the current lockdown depends entirely on how seriously the residents of Brisbane take the situtation, says Jeanette Young, the city’s health chief.

“We need to shut down really, really hard—the hardest we’ve ever shut down. If you don’t need to leave your home, then don’t,” she says, according to Guardian.

Rejoice over the glorious stomping of boots on human faces!

It’s only through next Sunday, but with armed troops on the street to enforce it, and house calls being made to the homes of the 10,000 citizens under isolation orders, and the inevitable spreading of panic beyond Australia’s shores, the progress is thrilling!

Are you tired of Big Brother’s winning yet?

I hope not, because there’s more! Behold yet another story from DR (the only Danish outlet officially certified as meeting Big Brother’s news hygiene standards):

New Danish technology can capture sexism on the internet: “Women refrain from participating in debates”

The article describes a wondrous a new technology developed by students at the IT University of Copenhagen for identifying potentially sexist remarks made in Danish on social media:

(Concerns about women holding back from participation in online debates) led to the researchers behind the project creating a technology that can capture comments and postings that can be sexist.

These can be comments under articles shared on Facebook, where users write “Can you point to research that shows that maternity leave is the reason why mothers miss out on promotions?”

Is the sexism of such comments not hideous? How could the distaff side of our species be expected to participate in discussions where such repulsive words might sully their eyes at any moment? Shall we not all rejoice in joy and gladness that Big Brother is now one step closer to being able to sanction or silence anyone who would dare utter such contemptible rubbish?

“So we hope they’re enormously eager to do so. We hope that the big platforms also intend to do something about this. Because it is a huge problem for our democracy.”

“One can say that Facebook hasn’t previously addressed sexism in their reports on hate speech. So we don’t know if it’s something they want to use,” says Nanna Inie.

Not want to use it? Are you daft, woman? What problem could be bigger for our democracy than women having to confront uncensored speech? Big Brother loves all women (as he loves all men), and Big Brother will surely put the technology to the best of all possible uses to ensure that the mothers and daughters of the world will never again have to confront a discouraging word online!

How marvelous to discover that asking someone to support or back up their argument with facts or statistics is now also sexist.
(we can take it as given that it is also racist, of course, since absolutely everything is racist. And I am pretty sure it is also bad enough to qualify for every single other Bad Word (TM) in the pantheon of -isms and -ists that are frowned upon by our betters)

And thus step by step, brick by brick, our moronic betters in academia, tech and media construct their new world, besotted by the righteousness of their own virtue.
One notes with sadness but no surprise that the faithful reporter apparently sees nothing objectionable in the examples provided (else a contrary viewpoint might have been included for some semblance of balance).

And she notes that the technology by itself does not block users or delete their comments. Well, that would hardly be necessary, given that Facebook, Twitter and Youtube will happily do so, using this technology as handy cover.

Amusingly, the article ends with a statement that it is a democratic problem if a large part of the population does not participate in the public debate. Indeed it is.

Happily this tool will only stifle the temptation to debate among people who might be tempted to ask those who disagree with them to supply the reasoning, facts and figures in support of their position. You know, sexists!

O brave new world. That has such people in’t!

I also thought it was cute how they emphasized that their program wouldn’t do anything about its findings, but that human moderators would be monitoring the program’s results and would politely intervene with the flagged users as they saw fit.

Talk about a single point of failure…