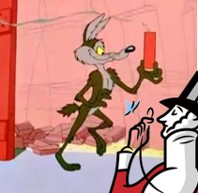 The New York Times, once an editorially liberal daily newspaper and now a mere propaganda sheet for the far left, has outdone itself.

On Monday evening (September 27), they sent me an email with the subject line “Covid’s partisan pattern is growing more extreme.”

The screenshot below is a capture of the email’s contents.

(The article itself can be found here, behind the NYT’s paywall.)

Before I address the many, many things that are wrong with this—this email, this story, this entire approach to the topic—let’s acknowledge what’s right about it: the placement of the dots on the chart.

Virtually everything else about is not just wrong but contemptibly wrong. The whole exercise is an obscenity, a crime against everything the New York Time claims to represent.

As I’ve pointed out repeatedly in the past, from March 2020 right up until this summer, the death rate (covid deaths per 100,000 population) was vastly higher in blue states than red states. New Jersey and New York were always on the top of the chart, closely followed by other reliably blue states including Massachusetts, Connecticut, and little Rhode Island.

I didn’t bring those death rates to readers’ attention to condemn Democrat-controlled states, but to defend the Republican-controlled states against specific attacks from partisans (like the New York Times) who were consistently using other metrics—any they could find—to make the red states look bad, while completely ignoring the fact that people were more likely to die of covid in blue states than red states.

This wasn’t an issue of lagging indicators or momentary spikes: this was fifteen solid months of wildly higher death rates in New Jersey and New York than in any other state in the union. It wasn’t even close. Yet we were being told over and over that Governor Ron DeSantis of Florida had blood on his hands, while Governor Andrew Cuomo was being celebrated and given awards even when the covid death rate in New York was more than 50% worse than Florida’s.

As of this writing, in fact, New York, New Jersey, Massachusetts, and Rhode Island are still experiencing a higher death rate than Florida. New Jersey and New York are second and fifth worst in the nation, respectively: Florida ranks 10th, and Texas 20th.

Is it not after all possible that vaccination rates are lower in states that had previously been experiencing lower death rates because the populations simply weren’t as frightened by the virus?

But by all means, New York Times, let’s talk about “the worst of the crisis” being not the states with the highest death rates, but the lowest vaccination rates. Use the power of your platform to stoke the fires of partisan resentment.

I never want to hear another fucking word about divisiveness or unity from the New York Times.

Meanwhile, The New Yorker and WNYC Studios have pooled their resources to bring you a “New Yorker Radio Hour” podcast segment entitled, “Should the Climate Movement Embrace Sabotage?”

That’s not losing their moral compass: it’s grinding it to dust beneath their heels.

According to the texts, “Professor Andreas Malm, who studies the relationship between climate change and capitalism, insists that the environmental movement reconsider its roots in nonviolence…. and instead embrace ‘intelligent sabotage.'”

The use of intelligent as a modifier does nothing to alter the essential stupidity of the premise.

I remind you of the Nagan Boomerang Principle: what you do to your enemies today, they will do to you tomorrow. If “the environmental movement” begins blowing things up, how long before activists on the other side begin (intelligently!) blowing up things they object to? For example, the editorial offices of the New Yorker, or public radio broadcast studios? And once everyone’s blowing each other’s property to bits, how long before we start firing at each other?

Have these people lost their damn minds? Why is The New Yorker giving a guy like Malm a platform? Why is WNYC?

I don’t want to hear another fucking word about tone or civility from The New Yorker. Or WNYC.

To quote the old Jonah Goldberg: to hell with these people.