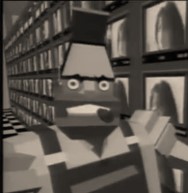 There hasn’t been much Danish coverage of the massive bill looming over Congress right now; to the extent I’ve seen any, it’s focused on how important it is for Joe Biden to get it passed.

You know what 3.5 trillion dollars is, in Danish terms?

Enough to give every man, woman and child in Denmark four million Danish kroner.

(Assuming 5.6 million people in Denmark, and at today’s exchange rate.)

According to Danmarks Statistik, the average Danish salary is 521,844 kroner per year.

Four million kroner is equivalent to 7.7 years of the average Danish salary.

I can see the kids in the back row are starting to nod off, so I’ll assume the magnitude of the amount has penetrated even their coarse skulls.

What’s astonishing, however, is not the amount, but Biden’s insistence that “it will actually cost zero dollars.”

Here’s what “zero dollars” looks like in American notation: $0.

And here’s what Biden tweeted out to the world last weekend:

My Build Back Better Agenda costs zero dollars. Instead of wasting money on tax breaks, loopholes, and tax evasion for big corporations and the wealthy, we can make a once-in-a-generation investment in working America. And it adds zero dollars to the national debt.

A better “Build Back Better Agenda” would mandate basic logic and economics instruction for every American, because this is dangerous idiocy.

The fact that Biden, Jen Psaki, Nancy Pelosi, and their allies in the media, have made this their big talking point isn’t surprising: what’s surprising is how little pushback such a ludicrous claim has received, even from American’s cravenly partisan establishment media.

“Adding zero dollars to the national debt” is not the same as “costing zero.”

Even the Washington Post fact check acknowledged as much: “We’ll keep an eye on the final outcome, but for Americans not steeped in budget arcana, the president’s claim is misleading. For now, Biden earns Two Pinocchios—a number that could grow higher.”

(Two out of a possible four Pinnochios for a lie so flagrant and obvious that even the Post has to acknowledge its essential dishonesty. What would Biden have to do to earn three?)

You enter the grocery store. You spend two hundred dollars. You pay in cash. Congratulations: those groceries cost zero dollars!

Let’s go back to Thomas Sowell’s definition of economics: “the allocation of scarce resources that have alternative uses.”

Whether you pay with cash or credit, every expenditure represents resources being used one way when they might have been used on others.

The resources to be used for this bill are supposed to be taxes on corporations and the very wealthy.

Taxes, believe it or not, are costs.

If you tax corporations, then those corporations have an added cost. They have to dedicate resources to one thing (additional taxes) that they might have used on others (for example, better customer service, better components, expansion, higher salaries for their employees).

When corporations have added costs, they need added revenue to make up for it.

How does Joe Biden expect those corporations to find that added revenue?

Anyone with a couple of neurons to rub together knows the answer: they’ll charge higher prices.

Do you know anyone who purchases products or services?

A head of lettuce, a dishwasher, a gallon of gas, a pint of beer, a pound of beef, a two by four, a stapler. A McDonalds Happy Meal, a stay at a hotel, a flight to Las Vegas, a haircut or manicure, oil or natural gas to heat a home.

Know anyone that spends money on that kind of thing? Anyone?

Jen Psaki has a few thoughts on the subject:

There are some… who argue that in the past, companies have passed on these costs to consumers. We feel that that’s unfair and absurd and the American people will not stand for that.

Economic reality doesn’t really care what Jen Psaki and Joe Biden consider unfair or absurd. If the American people “will not stand” for paying the bill, they ought not to “stand for” the order.

After all, the best way to avoid paying for caviar and champagne is not to order any.

The kids in the back row are getting twitchy: they want to remind me that it’s not just corporations, but also the rich that are going to get stuck with this massive tab.

Not only that, but according to the Tax Policy center:

So if we take a step back and look at what we’re doing here, it’s letting people who don’t pay income tax fund things they want by taxing hell out of the people who are already paying for everything anyway.

The Biden administration is pushing this “zero cost” fantasy because they know Americans don’t want to spend their own money on this monster bill, only other people’s money. Sort of like when Youngest asks us to buy her something so she doesn’t have to “waste” her allowance money on it.

Maybe a bill that people aren’t willing to pay for themselves isn’t worth passing?

We could test that theory: the bill could be rewritten such that every man, woman, and child in America, including any non-citizens resident in the country, would receive a bill for $10,000 to fund it. (Parents would of course be responsible for their kids’ debts.) That would also be a “zero cost” bill, because Americans would be paying for it directly. It wouldn’t cost the government a dime.

Democrats could then explain the value of their bill, instead of prancing around telling fairy tales about its costlessness.

“Who cares what’s in the bill, it doesn’t cost anything!” would quickly become, “What’s in the bill? If I’m paying for this thing, I’d like to know what the hell I’m getting for my money.”

Look, man, here’s the deal: if someone says you can have a gold-plated Rolls Royce, and it won’t cost you anything, that person is either a liar or an idiot.