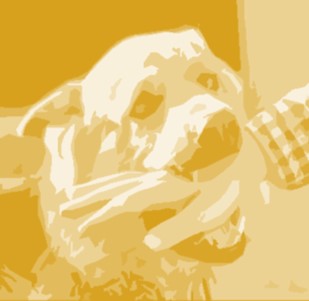 Now that the Taliban are running the show, things are going… predictably:

Afghanistan’s economy is in free fall after the Taliban: ”we need food and money”
Lasse Berg Sørensen, DR.dk, Oct 20

The article opens with a word portrait of Omid, an Afghan who is selling old pots and pans, clothes, carpets, linens, a vacuum hose, and a keyboard at a flea market in Mazar-i-Sharif.  There’s a video of DR’s interview with him.  He’s a youngish man, out of work, selling these things because he needs food, and money, and medicine for two babies at home.

Sørensen informs us: “Afghanistan’s population is now facing an economic collapse and a humanitarian crisis, after the Taliban rebel group took power in August.  That led to foreign money being frozen, and emergency aid to the country has stopped.”

It is indeed a disaster and Sørensen includes quotes from the IMF and the Danish Red Cross explaining how dire things are for the people of Afghanistan.  (Dire indeed.)

DR correspondent Puk Damsgård further informs us that Afghanistan is in the midst of a drought, and that winter is coming.  (I’m not sure whether the latter is a meteorological observation or a dog whistle to Game of Thrones fans.)

The UN’s World Food Program, we’re told, says that 95 percent of Afghani families are struggling to put food on the table, and that the country’s health system is challenged by the pandemic.

The emergency situation in Afghanistan prompted leaders from the world’s 20 richest countries to promise aid to Afghanistan at a G20 emergency meeting last week.

“It cannot be the goal of the international community to watch as 40 million people go into chaos because electricity cannot be supplied and the financial system is not there,” said German Chancellor Angela Merkel.

First, that’s not the goal of the international community. The international community gave twenty years, trillions of dollars, and thousands of lives to try and save 40 million from chaos.  Afghans chose chaos; this is on them. And they’re not going into chaos for want of electricity or a financial system: they’re going into the abyss because that’s the only destination the Taliban are capable of taking them.

Commission President Ursula von der Leyen announced that the EU will, among other things, help with one billion euros to be distributed through aid organizations.

“It’s hard to see how to help the Afghan people without involving the Taliban. But that doesn’t mean one has to recognize them,” said Italian Prime Minister Mario Draghi, who chaired the meeting.

There’s no way to help the people of Afghanistan without directly or indirectly helping the Taliban. That’s why it’s hard to see how it can be done. The Taliban are in charge of Afghanistan. They’re the ones answerable to the Afghan people. Let them answer. Let them show how their twisted and murderous ideology is going to put food on tables and generate electricity. Anything we do to help the Afghan people helps the Taliban.

Draghi appears to be suggesting that it’s okay to cushion the Afghan people from suffering the government they’ve chosen as long as we don’t officially recognize it. That’s childish. It’s word play.

The Taliban is also very interested in involving the international community. There could be consequences if Afghanistan’s new Taliban government does not succeed in getting the country’s economy back on track, Pum Damsgård explains:

“The economy is the Taliban’s big headache. There’s a big difference between being a rebel movement in opposition to the government and the international presence, and then sitting in the driver’s seat in this desperate economic situation.”

Indeed there is.  Almost as big a difference as the one between blowing people up and begging them for money.

For this to succeed, the Taliban needs to ensure a good relationship with the outside world.

“The Taliban want to avoid the situation of the 1990s, when they were isolated from the international community. If they don’t get the economy on the right track, there will be cracks in the group of people who support the Taliban.”

Exactly right. And isn’t that what we want? Shouldn’t we be exploiting every fissure, every tiny hairline fracture in their support? Don’t we—the western world—almost definitionally want everything the Taliban doesn’t?

We did what we could to lift Afghanistan out of barbarism. They chose barbarism. Let ’em have what they asked for, as the saying goes, good and hard.

Let China and Russia handle Afghanistan. Let them pour their own billions in. Are we afraid of losing “influence” in Afghanistan? What influence have we got right now, after all the time and treasure and lives we’ve poured into it?

Are we incapable of learning?

Why yes, yes we are.

Because even as DR was getting ready to publish this story, there was another one making the rounds:

KABUL, Afghanistan (AP) — The Taliban have promised plots of land to relatives of suicide bombers who attacked U.S. and Afghan soldiers, in a provocative gesture that seems to run counter to their efforts to court international support.

Addressing the gathering Monday evening, Haqqani praised the sacrifices of “martyrs and fedayeen,” referring to fighters killed in suicide attacks, Khosty tweeted. Haqqani called them “heroes of Islam and the country,” according to the spokesman. At the end of the meeting, he distributed 10,000 afghanis ($112) per family and promised each a plot of land.

Any aid we give to the people of Afghanistan redounds to the benefit of the Taliban, who are busy handing out prizes to the families of suicide bombers who killed our own citizens.

Never mind whether we’ve learned anything: don’t we at least have a single damn shred of self-respect left?