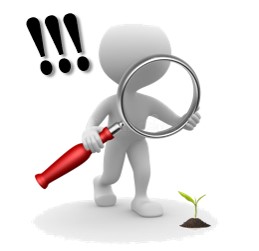 “Cato used to say,” Cicero writes in The Nature of the Gods, “that he wondered how one soothsayer could keep a straight face when he met another.”

It’s easy to wonder the same about American pollsters.

Americans right now have a more favorable opinion of Donald Trump than they do of Joe Biden, and a majority of Americans believe that the country is worse off right now than it was a year ago. (For the kids in the back row: one year ago Donald Trump was still president.)

Those are the findings of a new Quinnipiac Poll, and they’re remarkable enough as is, but all the more remarkable when you consider that only 23% of the respondents identified themselves as Republicans.  I’ve been told for years that only Republicans supported Donald Trump—and that even a substantial number of them opposed him.

The implications for Donald Trump aren’t all roses: there’s plenty of bad news for him in the poll.  (And also some additional good news, especially considering the Democratic skew of the respondents.)

But let’s turn to the poll.

The precise question asked of respondents was, very simply, “Is your opinion of Joe Biden favorable, unfavorable, or haven’t you heard enough about him?”

It was asked of 1,342 registered voters nationwide by telephone between October 15 and 18.

Only 38% of respondents had a favorable opinion of Joe Biden.  (Fully 9% said they “haven’t heard enough about him.”  Guy got elected to the Senate back in the 70s, ran for president in ’88, was Vice President from ’09 to ’17, was elected President nearly a year ago and has been President ever since. A real mystery, that guy!)

The only majority-favorable groups were whites with 4-year college degrees (52%) and blacks (67%).

The survey then asked the following questions about Donald Trump:

No such questions were asked about Joe Biden.

Wouldn’t it be interesting to hear whether Americans think the current president should run for re-election?

Or what they think of the current president’s impact on the country and on his party?

Or whether they think his actions as president have been undermining or supporting democracy?

Why not ask how much responsibility Joe Biden bears for the deaths of 13 Americans in Kabul, or the disaster at the Mexican border, or the unrelenting Covid deaths, or inflation, or the energy crisis… or anything else?

What frame of mind must one be in to put such emphasis on a former president, and so little on the current president?

I’m obviously not asking sincerely, everyone knows the answer: it’s the frame of mind that perceives the Dread Tyrant Trump as a threat to democracy.  That is to say, a leftist frame of mind—a sad and broken thing these days.

It’s a mindset that wouldn’t think to ask Americans whether they thought surrounding the capital with razor wire and armed guards “undermined or supported” democracy, because why even ask?  Of course those acts supported democracy, because Donald Trump was and remains a clear and present danger to everything good and worthy and nice, and if it took five thousand linear miles of razor wire and the entire third infantry division and all of Joe Biden’s F-15s and nukes to secure the capital against the Dread Tyrant and his minions, it’d be worth it!

For added context, consider the headline of the Quinnipiac press release promoting the poll:

And the opening paragraph:

That’s how they’re promoting their findings: by emphasizing that 78% of Republicans want Trump to run again, but a majority of Americans don’t.

That’s a textbook “dog bites man” story.  It’s just not newsworthy.  There’s nothing novel or surprising in it.  It only confirms what any marginally literate idiot would guess.

And yet their actual findings do include a “man bites dog” story: nine months into his presidency, Americans view Joe Biden less favorably than they do the Dread Tyrant Trump.

Does anyone not find that remarkable?

All the polling we’ve seen, and all the conventional wisdom of the famous wise men, suggests that Joe Biden was elected last November because he wasn’t Donald Trump.  Biden has made an ostentatious habit of distinguishing himself from the Dread Tyrant at every possible opportunity: one could even call it his governing style.  And the media has played along handily, even in Denmark (remember the TV2 analyst’s remark recently that as bad as things get for Joe Biden, he can always say, “well, at least I’m not Donald Trump?”)  But here we are, not even a year later, and we’ve got a poll saying that even a group that skews Democratic finds Trump more favorable than Biden.

Granted, it’s a hairline difference, well within the margin of error, and the numbers for both men are pretty terrible, but it shouldn’t even be close.

(Wouldn’t it be entertaining, by the way, if Donald Trump ran in 2024 as the Not Joe Biden candidate?  If he did it openly and consciously, literally tagging his campaign spots with “I’m not Joe Biden, and I approved this message bigly?”  If MAGA hats were replaced by NJB hats?  If he replaced “You Can’t Always Get What You Want” with “Let’s Go, Brandon!” as his rally walk-on music?)

It may well be that some Americans who look favorably on Donald Trump right now do so because he’s safely out of office.  (More Americans look favorably upon Jimmy Carter’s performance as a former president, for example, than ever thought well of his presidency.)  And let’s not forget: most of America enjoyed the hell out of Donald Trump until he announced he was running for president as a Republican.

It may also be the case that some Americans look unfavorably on Joe Biden right now not because they don’t like him, but because they’re disappointed.  He hasn’t yet stacked the court, or granted statehood to D.C. and Puerto Rico, or waived all student debt, or appointed a two-spirit transgender furry of color to his cabinet.

Even allowing for all that, it is still remarkable that the Dread Tyrant Trump’s favorability is even in the same ballpark as Biden’s, much less higher.

Certainly that’s more interesting than “a lot of Republicans want Trump to run in 2024 and people aren’t as opposed to a border wall now that there’s a massive crisis on the border.”

The fact that Donald Trump is viewed more favorably than Joe Biden is never even stated in Quinnipiac’s three-page press release: in fact, each man’s approval numbers are presented in separate paragraphs on the second page of the release, and no direct comparison is made in the text.

The first seven paragraphs of the release—almost the entire first page—are dedicated to findings about Trump. The final paragraph gives the game away:

“While a majority of Americans say, ‘been there, done that’ about Trump, and half feel he has damaged
the underpinnings of democracy, support for the former president within the GOP has grown,” said Quinnipiac
University Polling Analyst Tim Malloy.

It’s not Malloy’s only quote in the release: he’s also cited in the section on national priorities and the section on the Border wall—yet he apparently hasn’t got a word to say about the poll’s absolutely dismal findings with respect to Biden.

Do you think he can keep a straight face when he meets his peers from Gallup?

I’m guessing not… and I suspect Cato and Cicero would back me up on that.