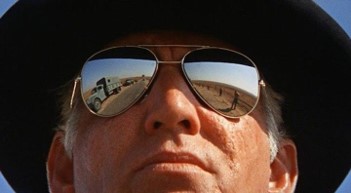 Batya Ungar-Sargon has an article in the October 18 edition of The Spectator that provides a lucid and well-documented timeline of how the New York Times has reached the sorry state they’re in as a news organization and touches on some of the related questions about the state of American media more generally. It’s a lot of the same stuff I’ve been writing about since I began this blog, but she’s got it all rolled up into a single, highly readable piece.

Sign of the Times
Batya Ungar-Sargon, The Spectator, Oct 18

I highly recommend a full read of the piece to anyone interested in the American establishment media’s suicide-by-insanity.

Her conclusion is grim: “People who had been hired to think for themselves now mindlessly repeat a dogma like their jobs depended on it. Well, they do.”

Her article is obviously focused entirely on journalism and news media, but the mindless repetition of dogma is becoming a job requirement well beyond that relatively limited world: we’ve all heard stories about professors being denied tenure, or simply dismissed, for saying things that go against dogma.  Stories about actors and entertainers who lost roles or gigs for doing so.  Athletes being shamed not for kneeling for the flag and the national anthem, but for daring to stand for them.

Some of us are even old enough to remember a literal rocket scientist who was part of a team that had just landed a rocket on a comet 300 million miles away from earth being publicly shamed and forced into a ritual confession and apology for wearing the wrong shirt while he did so.

Or that time when Starbucks instructed its baristas to try and talk to customers about race.

Or when Coca-Cola tried training its employees to “be less white.”

We were all treated to the absurd spectacle of Major League Baseball taking the All-Star game out of Georgia because that state’s legislature had passed voting reforms not to the liking of the Democratic party.  We saw brands like Coca-Cola, Delta Airlines, and Ford pile right on, their CEOs publicly lashing out… despite every single one of those voting laws (as I chronicled in detail at the time) being in widespread use in many “progressive” states (some, though not all, even in Colorado).

You know I could go on. And if you don’t, you’re new to this blog and can just browse back through previous posts for more examples.

The spread of this hideously conformist and bullying groupthink into every sphere of life ought to be opposed by all Americans, not just the right.

There’s nothing novel about the idea that there are right ways and wrong ways of thinking, writing, and talking about the world.

Nor is there anything new about the notion that there is only one right way.

Nor, in fact, is there any lack of precedent for the use of cultural and political power to enforce adherence to the one right way of thinking, writing, speaking, and behaving.

Up until very recently, however, Americans seemed to have a consensus that the coercion, bullying, and harassment required for that enforcement were… what’s the word?… bad.

To say nothing of the gulags and mass graves that routinely follow when the coercion, bullying, and harassment aren’t enough. (And they’re never enough.)

The best way to avoid the gulags and mass graves is to stop the coercion, bullying, and harassment before they get out of hand.

And the best way to do that is to insist, as loudly and persistently as necessary, that there is no one right way of thinking, writing, speaking, or behaving.

You can support the BLM Marxists, or you can oppose them.

You can broadcast your pronouns out to the world, or you can stand firm on the old standards.

You can sleep with men or women or both, and you’re free to approve or disapprove of who sleeps with whom.

You can believe vaccines should or should not be mandated.

You are free to choose your own religion and philosophy; you’re entitled to your own tastes and preferences in everything from salad dressings to symphonies.

You can be a dog person or a cat person.

What you cannot do, what you have no right to do, is insist that other people think as you think and do as you do.

Even now, writing this, alternately censoring myself and letting my freak flag fly, I am aware that readers will have to assess my arguments on their own terms and may find them wanting. They may, that is, disagree with the notion that they have a right to disagree.

If they do, they’ll have to be ostracized, bullied, and harassed until they come around.