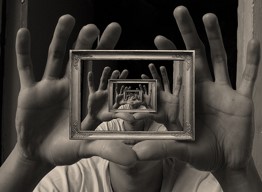 Would you take a flight from Copenhagen to Cairo with a stopover in Atlanta?

Would you call a friend in Tokyo to catch you up on events in Moscow?

I’m asking because TV2 News ran a story this morning that described some inclement weather in Egypt over the weekend. After teasing the reader with a few sensational details about the storm, journalist Frederik Josephsen Kargo identifies his source: “So writes CNN, citing the Egyptian media Al Ahram.”

It was Herself that brought it to my attention: she was annoyed by the sheer laziness. She called it “phone game journalism,” by which I think she was referring to the children’s game of telephone. In that game, for those of you unfamiliar with it, a line of kids whisper a phrase from one to the other until the child at the end announces the message out loud. Great laughter ensues, because although the original message was always something boring and inoffensive, its final form inevitably involves farts, underwear, or some other source of childish merriment.

TV2 News is a substantial Danish media player. It was Denmark’s first 24-hour television news station, and it remains Denmark’s only 24-hour news station. It obviously doesn’t have the resources to plant correspondents around the world, but surely it could do better than outsourcing its foreign desk to CNN. (It could hardly do worse.)

In fact, Kargo does cite a second source toward the end of his article: NBC News. If you click through the link to the NBC article, you’ll find that they, too, are relying on “state run media” Al Ahram.

So TV2 News is citing two American outlets, each of which is sourced from the same state-run Egyptian outlet.

As a thought experiment, let’s imagine there’s an inaccuracy in the Al Ahram article.

With me so far? You kids in the back, you got this?

Because this actually ties right into a specific problem with Danish media coverage of the United States.

An article in Journalisten.dk about a year ago examined date from Infomedia.dk and found that Danish media leaned almost exclusively on CNN, the New York Times, and the Washington Post in their reporting on America. All three of those outlets are classified by the independent Pew Research Center as having a leftist bias (so are NPR and PBS, both which pop up in Danish media now and then).

The same is true on the right, of course: everything I’m saying about CNN, the Times, and the WaPo could be said about Fox News, the New York Post, and the Wall Street Journal on the right. (Although Pew only identifies Fox as biased: readership of the NY Post and the Journal is apparently ideologically broad enough not to meet Pew’s standards for bias, but it’s no secret those are editorially right-leaning papers, so I have no problem including them here.) That’s all beside the point, however: as the Journalisten article itself points out, the Danish media seldom turn to these right-leaning sources, and when they do it’s most often to express outrage at something they’ve broadcast or written.

Danish media’s reliance on left-biased American media means that Danes are given a distorted vision of America, one that at least half of Americans do not share. But when a given article cites reporting from the New York Times, CNN, and the Washington Post as being in agreement on the meaning or significance of a particular event or circumstance, Danish readers may be lulled into a false sense of the article having been thoroughly sourced.

“Well, this article on TV2 News says that CNN, the Times, and the Post have all reported that Donald Trump was seen eating his own boogers, so it must be true,” says no one who’s ever heard the name Nick Sandmann.

It’s a serious problem, and maddening because it would be so easy to fix. Using the New York Times as a source? Back it up with some reporting from the New York Post. Using CNN? See what Fox is reporting.

Using stories from different media sources, all of which are sourced from Egypt’s state-run outlet?

Eliminate the middlemen. If they can cite Al Ahram, so can you.