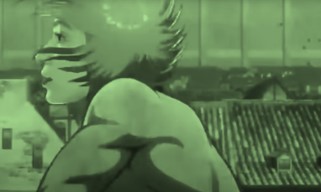 Earlier this year I wrote about the Boomerang Principle: what you do to your adversaries today, they will do to you tomorrow.

It may be novel to bring a gun to a knife fight—but only once.

After that, every knife fight’s gonna be a gun fight.

This principle obviously isn’t limited to physical combat: it applies to every venue of human conflict. It plays out in politics, sports, and coffee-house bloviation. It plays out in every human relationship.

You think you can treat me like that? Fine, then I’ll treat you like that. And then some.

The existence of the boomerang principle is even tacitly implied by the Golden Rule: treat others as you would have them treat you—otherwise they’ll probably treat you the way you’re treating them, which would suck.

But the contemporary American left clearly remains oblivious to this basic law of human behavior.

[A] politician made a cartoon in which he killed his opponent. Now the punishment falls.
Kalinka Aaman Agger, Berlingske.dk, Nov 18

Long story short: Arizona Republican Paul Gosar posted a crazy video on Twitter last week in which some weird anime cartoon was adapted for his own political messaging. It includes a segment where the anime hero (with a photo of Gosar’s face on it) attacks a giant (with a photo of Alexandria Ocasio Cortez on it), and another segment where the same Gosar-faced hero goes diving at the giant head of Joe Biden, right as the cartoon fades to black.

This was so horrible and offensive that the House voted to censure him and strip him of his committee assignments. And when I say “the House,” I mean the House Democrats. The resolution only got the votes of Democrats and the usual two DIABLOs (Democrats In All But Labeled Orientation): Cheney and Kinzinger.

I think Agger does a good job of covering the story fairly, although at some point Berlingske journalists have to stop linking all their stories to CNN (as I got into yesterday). Most importantly, Agger doesn’t let the reader get the impression that this was a bipartisan thing: she points out that only two Republicans voted aye, and she names them. It would have provided valuable context if she had pointed out that that those two are DIABLOs, but since that’s an acronym I only just made up now I’ll give her a pass.

Before I go any further, here’s a (currently) playable version of the video.

Both videos—the “controversial” Gosar video and the Mr. Sparkles video in the Simpsons clip—are fast, weird, confusing, and, as Homer observes, don’t explain anything.

I don’t even know how anyone was able to identify the giant in Gosar’s video as AOC, or how they can say he “killed” her—the hero strikes at her, and she falls, but saying (as Agger does) that he “killed her” strikes me as a bit of a stretch. Unless people (including Agger) are familiar with this particular anime clip and know that the giant is in fact killed.

Please do note that I’m talking about cartoons, and giants, and bewilderment. And that this is the kind of thing that Democrats are willing to use to railroad an opposition politician out of his committee assignments, and to censure him forever in the Congressional Record.

What you do to your adversaries today, they will do to you tomorrow

Every indication at this point suggests that Republicans are going to take control of the House next year with a much more substantial majority than Democrats enjoy right now. Historical trends, current polling, astrological forecasting, and my own trusty Magic 8-Ball are unanimous on that.

Any Democrats of this 117th U.S. Congress who make it into the 118th had better prepare themselves for this boomerang to come flying right back in their faces.

The Boomerang Principle: I call it a principle, but it’s really more of a law.