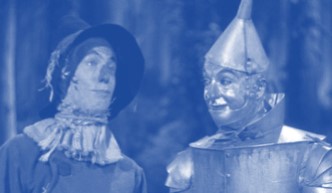 In a small New England town back in the early 1980s, a group of four high school students founded a group called “Youth for Communism.”

One of those bright young idiots, it does not pain me to say, was myself.

Some readers might find it surprising that a confession of such stupidity causes me no pain. For their benefit, I’ll explain what other readers have probably already intuited:

I’m not proud of my adolescent embrace of communism. It’s a monstrous ideology that caused at least a hundred million deaths and incalculable human misery. But I was an ignorant, credulous creature whose heart was overflowing with compassion for my fellow humans. “From each according to his ability, to each according to his need” sounded wise and fair and decent to me.

(It would be years before I realized that the passive construction is the real last refuge of a scoundrel: who is the beneficiary of each from, and the donor of each to? The state? So what the clever little line actually means is that you should give everything your abilities allow to the government, and the government will give you what you need. That’s not nearly as comfy sounding, is it? If you’re at home right now, take a look around you: exactly how much of what you see do you believe your government would consider necessary?)

This isn’t about me, however, nor is it about communism, Marxism, Marxist-Leninism, or Marx Brotherism. It’s about hearts and minds: feelings and thoughts. About the homely wisdom embedded in the old saw about a man who wasn’t leftist before the age of thirty having no heart, and a man who remains a leftist after thirty having no head.

Speaking in very broad strokes, the political left operates from an emotional perspective. As a consequence, they often advocate for well-intentioned policies with catastrophic effects. The political right operates from a cognitive perspective, and therefore often advocates for well-intentioned policies that appear cold and uncaring.

The difference is that the left gets to look and feel compassionate, even as they run cities, states, and nations into ruin, while the right’s best ideas are often torpedoed because even though their effects are positive, the policies themselves don’t sound as loving as those offered from the left.

The leftist could (and almost certainly would) then argue: “My opponent wants to stop me from sending you money at a time when people are suffering. Instead, he wants to cut taxes, which would only benefit the rich! He doesn’t love you as I do, he only cares about his rich friends!”

The rightist will then usually mumble some jargony arguments about inflation, about money having to be paid for, about the long term impact of such a large debt, about the nature of taxation, about the inevitable suffering that would ultimately be caused by the leftist’s proposed solution to the current suffering, and listeners will fall asleep or die from boredom.

And the right, god love them, governs and communicates from the head.

(Again, again: these are very broad generalizations, and there are always exceptions. Noted.)

Consider the case of the drowned boy found on a Turkish beach during the 2015 “immigrant crisis.” I’ll give you a link to a Guardian story about it, just as documentation, but I advise against clicking through because the image is as deeply disturbing today as it was back then. If you remember the episode, there’s no need to go through it again.

Here’s a representative extract from the story:

“The problem is very big,” said Mouzalas, a doctor who is also a member of the Doctors of the World aid organisation. “If the European Union doesn’t intervene quickly to absorb the populations … if the issue isn’t internationalised on a UN level, every so often we will be discussing how to avoid the crisis,” he told reporters, insisting that the thousands risking their lives to flee conflict were refugees. “There is no migration issue, remove that – it is a refugee issue,” he said.

The problem was indeed very big, but let’s think through Mouzalas’s “hearty” argument: if the EU intervened quickly to absorb the populations, as he suggests, would that not send a message inviting still more migrants to make the dangerous and often fatal journey, resulting in more tragic photos of yet more drowned children? Would it make the world feel better to know those drowned children were at least classified as refugees rather than migrants on their death certificates?

“We must end this horror,” says the man calling for policies that will guarantee the horror continues.

And Guardian readers say, “Ooh, this Mouzalas wants to end the horror, we should do what he says.”

Now we reach the inevitable point where those of you who have not yet fallen asleep or clicked away for sports scores or pictures of naked people want to know: what’s all this about, man? What in hell are you off about now?

I’m off about a commentary in Politiken by the young Danish author Jonas Eika, “It’s time to choose sides.” The column was published five days ago.

The article is introduced with the following lede (which may be from Eika’s pen or his editor’s): “Poland’s border violence with automatic weapons, barbed wire, and tear gas takes its starting point in the EU’s refugee policies. We all have a responsibility to oppose.”

So compassionate. So feeling. (And even somewhat correct, although not in the way Eika or Politiken believe.)

The crisis on the Polish border with Belarus, or the Belarussian border with Poland, or both, is the easily foreseeable consequence of all the compassion urged by people like Mouzalas back in 2015. We have once again reached the “every so often” he warned of, where we’re discussing “how to avoid the crisis.”

The answer is easy and obvious: shut down and defend the EU borders. Let it be known far and wide that anyone attempting to enter EU illegally will be denied entry into Europe for the rest of their lives. That would do more to end the ongoing “crisis” than any of the “compassion” being bleated about by caring but misguided people like Jonas Eika.

And because it would end the crisis, it’s actually the more compassionate solution.

The Poland-Belarus border issue, which I wrote about earlier this week, does indeed take its starting point in the EU’s refugee policies, just as the mess at America’s southern border takes its starting point in America’s policies—and also, in both cases, and perhaps more importantly, the political signals being sent out by various government and media figures.

Notice that none of the establishment media or leftist politicians in America are squawking about the disaster on its southern border any more: there are no dramatic photos. That’s because they would reflect poorly on Joe Biden, who stupidly undid all the Trump policies that had reduced the flow of people trying to cross the border illegally and is now flummoxed by the easily predictable consequence of his own policies and statements: more people trying to cross the border illegally.

“I took down all the no trespassing signs because they were so mean, and I got rid of all the racist rules against trespassing, but now we’ve got more trespassers than ever! It’s nuts!”

That, my friends, is textbook Butterfieldian stupidity.

I’m not letting the right off the hook. They know the answer, but too many of them either lack the will to say it (“People will think I’m heartless, or racist, or Islamophobic!”) or they speak from their heads instead of their hearts.

I’m often guilty of that myself: of trying to make cogent intellectual cases as though emotion weren’t key to persuasion.

Enough of that. We Tin Men really do have to find a way to communicate to the Scarecrows in their own language. We have to use emotion, and we have to splash our own compassion around in ways that most of us probably consider distasteful and irrelevant. (Although “Message: I care” is not the way to go about it.)

So Jonas Eika is right: it’s time to choose sides. The Poland-Belarus border nightmare is, like all the nightmares on all the EU’s external borders, the predictable consequence of Europe’s precious “compassion”—which is no compassion at all. It’s reckless and shortsighted idiocy that they embrace because it makes them feel good.

It’s the kind of “compassion” that gives an alcoholic a drink to help him over the DTs while he dries out.

There’s apparently a joke making the rounds in central Europe right now: a friend in Poland passed it along to me recently. I’ll quote the friend without credit because I don’t know whether my friend wants to remain anonymous (and see how careful was even to conceal my friend’s sex):

A Middle Eastern immigrant makes it to Berlin and a genie there offers him three wishes: He wishes for a house and food. And his wish is granted. His second wish is for a TV and a car. Ta-daa! Done. His third wish: “I wish to become a German citizen.” The house, food, car, and TV disappear. “What? What happened?!” says the dazed man. The genie says, “You’re a German citizen now. You have to work for those things.”

That little joke has more sense and policy in it than anything I’ve ever heard on immigration from Brussels.

Here’s hoping it keeps making the rounds, because that’s how to communicate with Scarecrows.