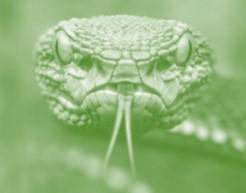 Berlingske had a big headline on their website today: “Trump hit a sore spot among his supporters—and was met with boos.”

It was the only major American story on the front page so it’s presumably the most notable American story of the moment. And maybe it is. It must be. It starts with Trump and ends with boos, how could anything be more newsworthy?

Kalinka Aaman Agger starts by laying out some context:

Former United States President Donald Trump is in a dilemma.

On the one hand, he’d like to score some political points on the fact that the US under his leadership was one of the first countries in the world to start vaccinating against coronavirus.

But on the other hand, Trump’s typical supporters are not fans of vaccines—and certainly not the vaccines against covid-19.

There may be some Trump supporters who “aren’t fans” of vaccines, but they’re not typical.

What is typical among Trump supporters—and by “typical” in this context I mean ordinary, commonplace, usual—is opposition to vaccine mandates.

There are plenty of people on the right and the left who are perfectly happy to get vaccinated but are adamantly opposed to forcing anyone to undergo a medical treatment.

I am not among those opposed to the covid vaccines, but like many other Americans (and Danes) I respect their right not to be forced to inject medicine into their bodies.

Agger’s been on the beat long enough to know all this, so her mischaracterization of Trump supporters as a bunch of rabid anti-vaxxers has to have been deliberate. She could have written that his supporters weren’t fans of vaccine mandates and it wouldn’t have even changed her story. Instead she made the conscious and deliberate decision to describe them as anti-vaccine rather than anti-mandate.

Why would she do that?

Because her next big lie needed propping up.

She explains that Trump’s “dilemma” came into play on Monday when we was a guest on Bill O’Reilly’s “No Spin News” program and mentioned that he’d had his booster shot. Agger observes: “It wasn’t well received by the entire audience, who began booing the former president, writes CNN.”

“CNN” is embedded with a link to a CNN article entitled “Trump met with boos after revealing he received Covid-19 booster.” In that article, CNN describes “a smattering of boos in the audience.”

The Dread Tyrant Trump himself, in the video that’s embedded in both the CNN and Berlingske articles, smiles good-naturedly at the booing and waves it off, even saying, “it’s a tiny group over there.”

But why take anyone’s word for it? Watch the video yourself and you’ll hear that the booing was unexceptional in terms of volume, duration, and intensity.

And yet it made headlines in CNN and Berlingske. Because it was Trump, and he was booed.

But never mind that: Agger’s hyperbolic representation of this booing wasn’t the lie that needed propping up.

That lie was also derived from the CNN article, which included this bit of misinformation:

(Trump) rarely discusses his own vaccination and has largely declined to encourage others to get it.

Which is very close to Agger’s own observation:

Trump has only rarely mentioned that he has been vaccinated and has only occasionally indirectly encouraged others to receive the vaccine.

Here’s how Agger wraps up her article:

This is in stark contrast to former presidents George W. Bush, Barack Obama, and Bill Clinton, who have all publicly been strong advocates of the vaccines.

In an interview with the Wall Street Journal in September, Trump said it was unlikely he would get a third jab.

“I’m not against it, but it’s probably not for me.”

Trump himself was infected with covid-19 last September.

That Journal article was published on September 3. That was an entirely different world. It was entirely reasonable, based on the state of things at the time, to assume that anyone fully vaccinated who’d also had the virus already would have no need for a third jab. It was uncontroversial to say so at the time. And the president didn’t come out against boosters: on the contrary, he said explicitly that he wasn’t against them.

The September 3 Journal article ends with two paragraphs that are particularly interesting in light of Agger’s claims:

Mr. Trump has encouraged his supporters to get the vaccination. He was briefly booed at a rally in Alabama last month after urging the audience to get the shot.

“I believe totally in your freedoms,” Mr. Trump said at the Cullman, Ala. rally, about 50 miles north of Birmingham. “You got to do what you have to do, but I recommend: Take the vaccines. I did it. It’s good.”

But the real elephant in the room is the actual explicit opposition to the vaccine expressed by Joe Biden and Kamala Harris during the 2020 presidential campaign… which isn’t even mentioned in this article.

Look at what’s happened. Enormous pressure put on the CDC not to put out the detailed guidelines. The enormous pressure being put on the FDA to say they’re going, that the following protocol will in fact reduce, it will have a giant impact on COVID. All these things turn out not to be true, and when a president continues to mislead and lie, when we finally do, God willing, get a vaccine, who’s going to take the shot? Who’s going to take the shot? You going to be the first one to say, “Put me — sign me up, they now say it’s OK?” I’m not being facetious.

A CNN article from just a couple of weeks later carried this headline: “Trump says every American can get a vaccine by April, but health experts say that’s not likely.”

So while Biden was casting doubt on the vaccine and CNN was citing experts (including Anthony Fauci) who said there was no way the vaccine could be available to all Americans until “late spring or summer” of 2021, the one man trying to whip up support for the vaccine and its distribution was… Donald Trump.

Agger surely knows all this: she just assumes you don’t.

And apparently wants to make sure you never do.