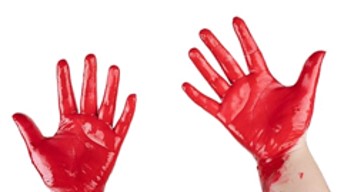 I had intended to write something loose and light today. Something a little goofy, maybe, or reflective. I hadn’t really made up my mind.

At the same time, I’ve been meaning to get into the wild and hysterical over-reaction to the Omicron variant of the Wuhan virus. (Heather MacDonald digs into that pretty thoroughly in a Spectator piece from December 20, but I’m more interested in the Danish situation.)

But while browsing the news this morning a little item in the Google News sidebar caught my eye:

If you can’t see the image above this text, it’s a screenshot of that item: “Fact Check: Have More Americans Died From COVID Under Joe Biden Than Donald Trump?”

This was the first item in the sidebar on news.google.com on the morning (Central European Time) of December 23.

My first reaction was a schoolmarmish snort: Donald Trump has not died from COVID under Joe Biden, so obviously the answer is yes—more Americans than Donald Trump have died under Joe Biden. But headlines often ignore basic rules of grammar and syntax for the sake of brevity, so never mind that.

I clicked through to see which way they went with it—and was surprised to see there was no mitigation of any kind. The verdict was simply FALSE.

And looking at the numbers they present, they’re correct. A little over 424,000 Americans had died with the virus before Joe Biden’s inauguration, while just over 379,000 have died since (through December 19).

The text: “The Ruling. False. While the number of deaths from COVID in the U.S. under president Biden is on course to top the death count during the Trump administration, it has not yet done so. Around 379,000 people have died in the U.S. from COVID since January 20, when Biden took over as president, around 45,000 fewer than under Trump.”

But the people insisting that more Americans have died from the virus under Biden than did under Trump aren’t trying to make a statistical point, but a political one.

That’s the kind of nuance you generally find in the explanatory texts beneath these idiotic fact check “rulings.”

Were the parties reversed here, for example, the ruling likely would have been “false, but out of context” and the text would explain that it isn’t the body count per se being held against Biden (who in this case would be Trump), but the fact of his having insisted throughout 2020 that every death under Trump (who in this case would be Biden) was his fault, and that so many American deaths should disqualify a man from the presidency.

President Biden may not recall what he said during a 2020 campaign debate last fall, but Americans should: “Anyone who is responsible for that many deaths should not remain as President of the United States of America.” At the time the U.S. had recorded 220,000 Covid deaths.

That’s the thing that people are angry about.

Joe Biden stated during a presidential debate that anyone responsible for 220,000 deaths should not remain as president.

The Newsweek fact check puts the numbers for which Biden bears “responsibility” (by his own logic) at 379,000. That’s a hell of a lot more than the 220,000 that he claimed to believe disqualified Trump for office. It’s 72% more.

A couple of weeks ago, Fox News White House correspondent Peter Doocy cited the same Biden quote and asked White House press secretary Jen Psaki quite pointedly whether this standard still applied now that Biden had passed the same milestone: Psaki replied with a dizzying torrent of spin that included the lie that Donald Trump had suggested Americans “inject themselves with bleach.”

Newsweek did not fact check Psaki’s claim. (They did however do a fact check in August entitled “Did Donald Trump Suggest People Inject Poison to Cure COVID?“, and their conclusion was, correctly, FALSE. Curiously, no mention of Psaki’s trotting out this lie as the official administration response to Doocy’s question appears in this new fact check.)

Let’s go back to the Journal editorial:

The left politicized Covid by holding Mr. Trump responsible for a disease that was always going to be hard to defeat.

“If the president had done his job, had done his job from the beginning, all the people would still be alive,” Mr. Biden said last fall. That was as false as anything Mr. Trump ever said, but most journalists and experts agreed with the basic premise: Mr. Trump had blood on his hands. The world’s top medical journals called for Mr. Trump’s defeat.

This isn’t rocket surgery or brain science: Joe Biden and his lapdog media insisted for over a year that every American death was Donald Trump’s fault because he was president and the buck stops there. (Weirdly, New York Governor Andrew Cuomo was hailed by the same people as a hero for presiding over the state with the second-highest covid mortality in the union.) They no longer seem to connect American pandemic deaths to the presidency. On the contrary, we’re now to understand that the pandemic is merely a problem that Joe Biden inherited from his predecessor.

My boomerang principle states that what you do to your enemy today, he will do to you tomorrow.

Well, no: you don’t have to accept responsibility—and you shouldn’t, really, because it’s kind of silly. But you have left yourself absolutely defenseless against the charge.

Joe Biden said anyone responsible for 220,000 deaths “should not remain as president of the United States.”

Joe Biden is responsible (by his own reasoning) for 379,000 deaths.

Joe Biden should therefore not remain as president of the United States—by his own logic.