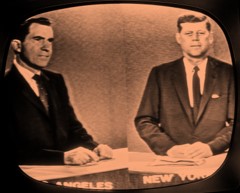 An opinion piece in Berlingske asks an interesting question:

Should there be room for “well-coiffed hatred and cheeky fascism” at the Popular Assembly?
Esben Vest Billingsøe (Opinion), Berlingske.dk, May 20

What I’m translating as the “Popular Assembly” could also be translated as the “People’s Meeting.” It’s an annual summer event (held in the 24th week of the year) at which political Denmark gathers on the Baltic island of Bornholm for a festival of political meetings and events. Here’s a description from the event’s own website:

The Popular Assembly is created in collaboration with political parties, grassroots and associations, business & cultural life. Everyone contributes with exciting debates, presentations, cultural events, speeches, workshops and much more. We gather at the Popular Assembly to find solutions to common societal challenges and let ourselves be inspired.

It’s a wonderful thing for anyone with an interest in politics, and I keep meaning to get my ass out there to experience it.

With this year’s assembly, however, “Amerikanske Tilstande” (hey! that’s the name of our blog!) seem to be making themselves felt: a debate is beginning to emerge over what’s debatable.

You can frame the argument differently, I suppose, but that’s what it amounts to: an idea, propagated entirely from the left, that some topics are beyond debate.

A group called “Danish Gender Equality” will have a tent up at this year’s Assembly. (Co-sponsors include the Men’s Council, the Press Freedom Society, and “debater” Jaleh Tavakoli.) According to the article, “most of the program items are about gender equality and feminism.”

One of its events is entitled “Is feminism an ideology of hate?” (that’s from 10:00 to 11:00 on Thursday, June 16, if you’re interested). The program description reads: “Debate on the extent to which the feminist ideology is in reality an ideology of hate.”

The article cites a tweet from one Kirstine Holst (“feminist activist and chairwoman of the Association of Victims of Rape”) in which she links to that program item and says, “The Popular Assembly sure enough ain’t what it used to be. (Horrified emoji.) What the fu** kind of hate-creating and uncomfortable crap is this?”

Don’t know, Kirstine. Why don’t you swing by and find out? You think they’re creating hate, they apparently think you are. Tomato, tomahto. What if you’re both right? Or both wrong?

The article also cites a tweet from an “expert in digital extremism” (which I guess makes him a Danish Nina Jankowicz). His name is Christian Mogensen and here’s his reaction to Danish Gender Equality’s full program of events:

I’m sad that the Popular Assembly is accommodating debates like these here. Well-coiffed hatred and cheeky fascism are still an attack on rights and democracy. This here is, to put it mildly, shameful. (And I urge going by their tent in silence. They’re hunting polemics.)

I’ll go ahead and list all the topics from the program (each of them is slated for a one-hour session):

Fair enough if none of those discussions are your cup of tea, but do they amount to any kind of “attack” on rights? On democracy?

Back to the opinion piece:

Mogensen’s critique isn’t limited to events about feminism. He believes that the entire program exhibits a lack of desire for dialogue, and is mostly “about setting up a tent where you just scold the others.”

“When you don’t dare to invite someone who can challenge such a cemented point of view, then you do not want the dialogue—then you just want to present your monologue in a safe environment. When a debate is framed as such a one-track critique of religious groups or campaigns as #metoo, the values ​​of the Popular Assembly fade,” Christian Mogensen writes in detail to Berlingske.

“There are some very fundamental democratic values ​​and conditions that we must never give the illusion of being up for debate,” he says.

That’s a pretty extreme position in itself.

What “fundamental democratic values and conditions” aren’t up for debate?

It’s a question worth pondering, and I’m going to ponder it good and hard, but first let me stress that the response to this little tempest in a teapot appears to have been refreshingly level-headed.

Billingsøe notes that accusations of one-sidedness are at least a little inflated, given that at least one of the debates (Nawa v. Pinderup) features two speakers with very different perspectives of the state of gender equality in Denmark.

The digital extremism expert Mogensen tells Berlingske that it’s “a pity that Samira Nawa would deign to perform on such a stage.”

Presumably because he finds her politics more agreeable and therefore less hatey and fascist.

But Samira Nawa can speak for herself:

“It’s clear what the agenda’s going to be in that tent, and it’s just good that there’s some resistance and that some of the views get some counterplay,” she says and instead encourages more people who disagree with the Men’s Council to attend the debate and support her.

Do you buy the premise that the content of the tent’s events is going to be well-coiffed hatred and cheeky fascism?

“I can’t say in advance what’s going to be said and not said. I’m just going to put my views on the table and have a debate, as I do everywhere else,” says the Member of Parliament (from De Radikale).

The chairman of the Popular Assembly, Vibe Klarup, says that there are a few rules for the content of debates, including that they must not be in conflict with the constitution or Danish legislation. But neither this year nor next year will they screen or cancel events based on other criteria.

“There must be room for putting things to the forefront and debating them, and at the Popular Assembly opinions must clash and be broken down, because that’s how we develop our democracy,” she says and continues:

“It’s the premise of the democratic conversation that we can sometimes feel challenged or offended, but it’s turned out that our guests handle it very well. Freedom of expression is one of the most important principles for the Popular Assembly, and we try to safeguard that.”

Things have not yet reached the point in Denmark that they have in America, where views like those of friendly neighborhood “digital extremism expert” Christian Mogensen are embraced at the highest levels of government and culture.

To his credit—and the shrieking monkey deserves very little—Mogensen is not calling for the events to be canceled, or for their speakers to be silenced. That’s the best that can be said for him. But as the unfolding nightmare in America illustrates on a daily basis, once you’ve got enough people like Mogensen feeling emboldened in their anti-democratic beliefs, a kind of critical mass is achieved and next thing you know you’ve got an idiot leader announcing the establishment of a government agency to help suppress all the bad ideas.

(Fortunately Ole Puddinhead has put the brakes on his “Ministry of Truth” for the time being—I know that’s not what it was actually called, but since the GLOB never backed down from their “Don’t Say Gay” slur on Florida’s Parental Rights in Education law, I’m gonna stick with it. Boomerang principle and all that.)

Anyone who values freedom of speech will find much to cheer them in this article—but anyone who’s had even half an eye on America and the UK the past few years can probably also detect the emerging outline of the anti-democratic impulse that’s taken hold of those nations.

While vacationing in Athens this winter, Herself and I were fortunate enough to take an afternoon stroll through the overgrown meadow that was once the location of the Athenian “Popular Assembly”—the setting of so many scenes familiar to me from readings of Thucydides and Herodotus. It was humbling and inspiring to reflect on the debt we owe to the farmers and merchants and sailors who made their way up the hillside to find solutions to common societal challenges and let themselves be inspired.

We should all be grateful the Christian Mogensens and Nina Jankowiczes of the day never managed to smother those early democratic debates.

And we have to be very vigilant to ensure they aren’t permitted to smother any debates today.

Debate is the life’s blood not just of democracy, but of all human progress. If dissenting voices cannot be heard, how can errors be corrected? The earth would still be flat. The sun would still revolve around it. Virgins would still be sacrificed on the altars of bloodthirsty gods. People would still be putting pineapple on pizza.

Not every dissenting idea is a good one, and not every critic has a point—and that’s precisely why none of us should have the power of deciding which ideas may or may not be discussed.

That’s how I see things, anyway.

But I’m open to debate…