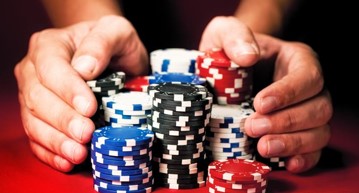 (I guess today’s New Jersey twenty-somethings might not all be Springsteen fans, but I like to imagine America hasn’t changed since I left it. Or even a little before I left it.)

(New York state police major) Staniszewski said police had not determined a motive for (Hadi) Matar’s alleged attack on Rushdie, though agents with the FBI had arrived to assist local and state officials with their investigation into the stabbing that had made international headlines.

What in the world could possibly induce a 24-year-old from New Jersey to travel all the way out to a literary event in Chautauqua and start stabbing a celebrated novelist?

Drug deal gone bad? (You know those literary types, they’re always polluting their bloodstreams with something.)

It could be anything!

The Grauniad wisely refuses to indulge in any speculation, but they tease their readers by letting someone else do the dirty work:

Many have noted that Iran’s late leader Ayatollah Ruhollah Khomeini called for Rushdie’s death in 1989, with a bounty of more than $3m being offered for anyone who killed the author.

(“Many” in this case meaning everyone.)

Police have not yet announced a motive.

The person who attacked Rushdie was overpowered and arrested. It is a 24-year-old man, the police announced at a press conference on Friday evening. The motive for the attack is not yet known.

Curiously, however, Berlingske includes this strangely out of place passage:

…at Friday’s event at the Chautauqua Institution, there was apparently no major security check. Employees were content to check people’s tickets before letting them in, participants said.

Anour Rahmani, a writer and human rights activist from Algeria, who sat in the audience, marveled at the lack of protection.

“I felt we should have more protection because Salman Rushdie is not a normal writer. He is a writer with a fatwa against him,” says Anour Rahmani.

I’m only writing this post to put down my marker: Hadi Matar was a white supremacist going after Rushdie because he’s ethnically Indian. The investigation of his home will turn up Gadsden flags, MAGA hats, and the collected works of William F. Buckley. The warning signs, we will see, were right there all along.