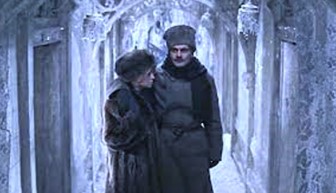 Denmark’s running out of biofuel pellets just in time for winter.

Sounding the alarm and warning the minister: Over 100,000 Danes are at risk of freezing this winter
Niels Pedersen, Berlingske.dk, August 26

Hundreds of thousands of Danes are struggling with sky-high energy prices at the moment.

But for some of them the price increases may turn out to be the least of their problems.

This winter, Denmark risks running out of wood pellets, which are used to heat 100,000 private homes, according to TV2.

“We see that some are going to freeze. It’s a bit creepy that it has to be that way, but I can’t see that it can be any other way,” says Henrik Nørbo Mosegaard, chairman of the Danish Biofuel Association (ADB), to TV 2.

It’s “a bit creepy” that thousands of Danes are going to be unable to heat their homes this winter.

Danish “elites” don’t usually seem as out of touch as the elites of larger western countries, but Mosegaard’s insouciance wouldn’t be out of place beside the American Energy Secretary Jennifer Granholm, who recently suggested Americans cope with higher gas prices by buying $60,000 electric cars.

Mosegaard doesn’t appear to have gone full Marie Antoinette, however, because his association has at least sent “a letter of concern” to the relevant government minister.

I hope it was strongly worded.

Berlingske doesn’t seem to understand where this pellet crisis has come from, however.

The war in Ukraine has created the perfect storm in the wood pellet market.

No: as with covid, our reaction to the war in Ukraine created this storm.

Before the war, Russia was one of the largest suppliers of biomass—which is used to make wood pellets—to Europe. That’s over now.

It’s not over because Russia stopped supplying, but because we stopped buying. Our moral heroism required as much.

The economic slowdown caused by the war also means that there has been a slowdown in construction in Europe. This means less production of timber and thus less sawdust—which is used for wood pellets.

I think they mean the economic slowdown caused by our having shut our economies down due to a virus, exacerbated by our reckless and criminally naïve energy policies, and pushed to crisis levels by our political reaction to Russia’s invasion of Ukraine.

As a result, supply will likely be far lower than demand—with a clear risk of further price increases and a decided shortage of wood pellets.

None of this is accidental. None of it was unforeseeable. This is all the consequence of political decisions made by the people we elected—and most of those decisions have been fervently supported by the western electorates. And those of us who opposed those policies and wondered aloud whether they wouldn’t do more harm than good were (and still are) branded as liars, deniers, terrorists.

On a related note, here’s a story from yesterday:

California is poised to set a 2035 deadline for all new cars, trucks and SUVs sold in the state to be powered by electricity or hydrogen, an ambitious step that will reshape the U.S. car market by speeding the transition to more climate-friendly vehicles.

Here’s a story from just a week ago:

California is asking homes and businesses to cut back on electricity use Wednesday afternoon as heat grips the West Coast and a years-long drought squeezes the region’s hydroelectric-power supplies.

I’ll try to keep this simple enough for the kids in the back row: ten days ago, California had to ask its citizens to use less electricity because there wasn’t enough to go around. And yesterday the governor announced that only electric cars would be allowed to be sold (new) within 13 years.

We’re running out of electricity so all new cars will have to be electric.

Makes total sense, I guess, if you’ve been dropping acid or suffered a massive head injury—or you’re a leftist.

The states of Washington and Massachusetts were so damn excited by California’s logic they’ve announced their intention to do the same thing.

If I told you we were dangerously low on water and should therefore all use less of it (lest we experience actual shortages)—but also told you, oh, hey, by the way, I’m going to install a new swimming pool, would your first thought be just how very clever and wise I was? How very important it was that I should be in charge of things?

And based on what we can see in California, where they’ve voted themselves a massive future transportation crisis, we’re gonna keep voting for it until we’ve run civilization right into the ground.

No need to go all the way to the commie airheads in the People’s Republic of California, or even across the Atlantic.

Our very own European Parliament takes a backseat to no one when it comes to galactic stupidity, and if a futile and pointless gesture is to made, by gum, they are just the ones to make it:
Thus, European Parliament votes to ban combustion engine cars from 2035
In practice, what it means is that no new consumer cars may be registered unless they have a 100% CO2 reduction compared to the 2021 standard. So the only new cars that may be sold will be electric or hydrogen based. You can still use the old gasoline and diesel cars, and there will probably be a few years extra extension given to small production-run specialty and niche vehicles, but the direction is pretty clear so it is effectively a ban.

Of course, it is completely and utterly ridiculous and is not going to happen. I can say this with absolute certainty, not because I think the meatheads are eventually going to see some sliver of sanity enter their minds, but because the future they are projecting cannot.be.made.to.appear.in.the.real.world.

Europe is currently having more than enough trouble generating enough electricity, at a time when 10% of the sold vehicles are electric. Anyone who thinks we can :
a) build enough batteries to convert our entire fleet of cars to electric
b) generate the electricity needed to keep this fleet running
c) afford to even approach any of these first two items
should rent out their heads as vacant space.

Any politician who voted for this, should lose the right to vote at all, since they have amply demonstrated that their connection to reality is suffering from a severe case of non-existence, and consequently they cannot be trusted to make decisions on behalf of anyone else (whether they can be trusted with regards to themselves can be debated, I suppose, depending on one’s viewpoint regarding Darwin Awards).

None of the three items above can be done. Not one. Not physically possible with any technology currently in existence or on any drawing board.

We already know how they’ll handle it: just as they designated coal and nuclear energy “green” when they realized their green regulations were about to require civilizational suicide in Europe, at some point in 2034 they’ll simply declare that cars using gas will be granted temporary carbon credits to offset up to 100% of their C02 emissions. Until electric vehicles are a genuinely viable and affordable replacement for gasoline and dielsel vehicles and we have all the energy necessary required to power them… probably around the time our great-great-grandchildren are getting ready their driver’s licenses.