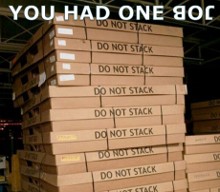 AUDIO NOTE: I haven’t given up on the audio experiment, but the home office is still in disarray due to the renovations that are underway. Audio should resume at some point next week.

The Norwegian government is trying to solve Norway’s problems. They’re Europe’s largest net exporter of energy (having overtaken France a couple of years ago), so they’ve got a lot of options.

This has now caused representatives of the energy operators in Denmark, Sweden and Finland to issue sharp criticism of the possible measure, writes the Financial Times.

Well, sure. Norway’s exports are our imports. If they start reducing exports, there’ll be less for us to import.

Sucks to be us.

“It would be a very dangerous step – and nationalistic. It is very selfish behaviour,’ says Jukka Ruusinen, the managing director of the Finnish counterpart to Danish Energinet, Fingrid.

Ruusinen is right that it would be a nationalistic step for Norway to put their own citizens above those of Denmark, Sweden, and Finland. But is it selfish for a mother to ensure her own children are fed before she starts worrying about all the other hungry children of the world?

The countries warn that this will be exactly what Russian President Vladimir Putin hopes will be a consequence of the country’s gas squeeze on Europe.

That may well be. So what? Denmark is a net importer of energy. We’ve disfigured our beautiful country with windmill and solar panel farms and prohibited nuclear power generation (about 4-5% of our energy is imported nuclear energy), and lo and behold: we don’t produce enough energy to meet our needs.

If we suddenly had enough power to meet our own needs and our government said, “Sorry, folks, we’re going to send some of this juice out to Germany, Sweden, and Poland,” I wonder whether the Danish energy experts would be whining about our nationalism.

If Norway introduces restrictions on electricity exports, it will in all probability send the already historically high electricity prices in Denmark even higher.

If supply goes down but demand remains constant, then prices go up?

Is that what you’re saying?

Then if we don’t want prices to go up, we just have to increase supply. Right?

Fire up the nuclear plants—they’re even doing it in Japan, for god’s sake—and let’s get busy tapping the North Sea for all it’s worth. And then just watch what happens to electricity prices. It’ll blow your mind!

Any country that isn’t actively and aggressively and even urgently pursuing energy independence right now—along with pharmaceutical independence—is guilty of malpractice.

You have one job: keep your country going. Work to make it better, stronger, wealthier, healthier. Or at least prevent it from getting weaker, poorer, or sicker.

If you’re not working for your own people, then whom exactly are you working for? And why are we paying your salary?

Let’s stop trying to save the world and start trying to save our own countries. It’ll be much worse for the world if western productivity grinds to a halt than if we spew more carbon dioxide into the atmosphere for a few more years while we figure out how to reduce it without screwing ourselves.

You want the Global Merit Badge for Being Green? Then go work for St. Greta of Stockholm. Let her pay your salary. . . if she’ll have you.

Let’s not forget that Vladimir Putin didn’t choose his moment to invade Ukraine because the west was healthy, strong, and energetic: he did it because he perceived us as sickly, weak, and enervated. His perception was not inaccurate.

So yes, Vladimir Putin is probably delighted to see our predicament, but he didn’t put us into it. We did. Ourselves. With great pride and fanfare.

But to say so is to be a “populist” or “nationalist” and incur the ostracism of the very idiots whose fault this is. They did this over the objections of people who warned them exactly what would happen, and now they have the nerve to make us the bad guys?

You had one job.

You still have one job.

Or get out of the way so the rest of us can clean up your mess.

Indeed. Should Norway actually begin to restrict exports (which is entirely within their rights), this essentially screws Denmark’s green lobby, because at that point there will only be power enough when the wind is blowing. The moment it stops, the country will stop. Oh sure, there will be a short period where whatever available stores of gas, oil, coal, wood can be acquired will be consumed, but very soon this becomes a stop-go country where the only two items of interest in the weather report for tomorrow will be the wind speed and temperature.

Of course, the trouble is that the rest of us are screwed right alongside the greens.

We have plenty of shale gas underground. Maybe we should pursue that?
There is oil in the North Sea. We even have the means to pull it up.
There is a Danish company that has been pursuing the development of small, safe molten salt reactors (Seaborg Technologies). Maybe give them a ring and allocate resources that way.

Yep. It all goes back to the same thing: unserious. We could fix these things, and if we really set our minds to it we could fix them pretty damn fast. (Think how many people mocked Trump for saying he could get a vaccine produced in less than a year.) Instead, our governments have decided it’s better that some of their own citizens should suffer and die. To save the lives of all the many as-yet unborn people who would otherwise suffer and die in the future, according to computer models that haven’t gotten one damn thing right in half a century of climate hysteria. It’s unserious… and insane. And if we have a bad winter, things are going to get very, very ugly.