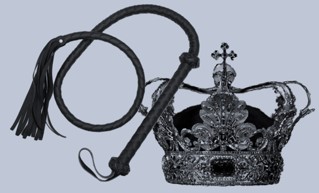 There’s a particularly soft spot in my already squishy heart for well-reasoned, finely-worded arguments in defense of ridiculous propositions—especially when there’s actually a subversive point concealed within the nonsense.

Swift’s “Modest Proposal” is the most obvious example: in suggesting that the starving Irish begin eating their own children, Swift let his readers laugh their way to a little reflection on just how dire the situation was.

Danish parish priest Malthe Madsen offered up a contribution to this genre in yesterday’s Berlingske:

The piece is a well-reasoned, finely-worded argument in defense of the proposition that 230 years after the formal abolition of slavery, the institution persists in Denmark—however, its dehumanizing indignities are only inflicted upon a single family.

…it is characteristic of a slave that he is excluded from the applicable civil rights. In this country, for example, we have all manner of different freedoms. We have freedom of religion and assembly, as well as freedom of speech and the press. But the Queen has none of those. For example, she’s obligated to be a member of the Evangelical Lutheran folk church. She has to keep her religious opinions and personal beliefs to herself, all the while taking part in solemn events such as episcopal ordinations and holy services. It must be assumed that she spends a lot of time being bored and tries hard not to show it.

In general, neither the Queen nor her family have the right to say or do anything we don’t want them to. If she herself makes a controversial statement, or her son and daughter-in-law enroll their children in the wrong school, we are all, led by the media, in revolt and perceive it as disorder and impudence, if not blasphemy. It is a pharisaical pastime to resent the royals and a liberation to make fun of their language and habits, principles of upbringing, interests, and wardrobe. Anyone can do that without getting into trouble, because as slaves they (the royals) are prevented from retaliating.

He sees two possibilities for Denmark to redeem itself. The first:

. . . we follow the example of former slave owners and free the royal family in recognition that 230 years after the formal abolition of slavery, it is incompatible with our dignity as an enlightened people to keep one particular family as state slaves.

The second: to send a deputation headed by the prime minister to ask the queen whether, on condition of better pay and a reduction in tedious duties, and the right to talk back, she would be willing to let her family remain royal. (To which Madsen assumes she would reply: thanks anyway.)

It’s a fun piece and worth a full read, if you can read Danish—it loses a little of its tone in translation, but GoogleTranslate does a pretty good job of getting the gist of it otherwise.

Is it a legitimate argument against the Danish monarchy?

Not at all: abdication is always an option for every royal—short of total abdication, there are even weaselly outs like those deployed by the awful Duke and Duchess of Sussex to get out of royal obligations without going so far as to remove their children from the line of succession.

Actual slaves just don’t have the Bartleby option of saying, “I’d prefer not to continue being a slave.”

But Madsen is nevertheless making a subversive point (whether he intends to or not): he is very gingerly raising the legitimacy of the monarchy as something worthy of our consideration—and trust me, here in Denmark that’s not something undertaken by the faint of heart.

I was very staunchly republican—small r—when I first arrived in Denmark, and whenever Danes gushed about their beloved queen and sought my confirmation of her wonderfulness, I would just smile and say “off with her head.”

It wasn’t meant literally, and fortunately it was never interpreted to be, but I was inevitably treated to a staunch defense of the monarchy by whomever I was talking to—be they communist, socialist, capitalist, anarchist, or whatever. Didn’t I understand how wonderful she was? How gracious, and noble, and humble, and charming?

Yeah yeah yeah, I’d grumble, with the salary and benefits we’re all providing her, she’d better be!

And I wondered why it was so hard to make friends in Denmark.

I wasn’t specifically anti-Margrethe so much as anti-monarchy. I’d withstood plenty of erudite defenses of the institution over time. The closest anyone ever got to turning me was Edward Gibbon in the opening paragraph of Book I, chapter 7, of his Decline and Fall of the Roman Empire:

Of the various forms of government which have prevailed in the world, an hereditary monarchy seems to present the fairest scope for ridicule. Is it possible to relate, without an indignant smile, that, on the father’s decease, the property of a nation, like that of a drove of oxen, descends to his infant son, as yet unknown to mankind and to himself; and that the bravest warriors and the wisest statesmen, relinquishing their natural right to empire, approach the royal cradle with bended knees and protestations of inviolable fidelity? Satire and declamation may paint these obvious topics in the most dazzling colors, but our more serious thoughts will respect a useful prejudice, that establishes a rule of succession, independent of the passions of mankind; and we shall cheerfully acquiesce in any expedient which deprives the multitude of the dangerous, and indeed the ideal, power of giving themselves a master.

It’s important to note that the first volume of Gibbon’s masterly work was published in 1776.

On the ascension of Theodosius I, he notes (Book III, chapter 26):

The princes who peaceably inherit the sceptre of their fathers claim and enjoy a legal right, the more secure as it is absolutely distinct from the merits of their personal characters. The subjects who, in a monarchy of a popular state, acquire the possession of supreme power, may have raised themselves, by the superiority either of genius or virtue, above the heads of their equals: but their virtue is seldom exempt from ambition; and the cause of the successful candidate is frequently stained by the guilt of conspiracy or civil war.

There’s a fair amount of sense in those arguments, and in others made by Gibbon—and plenty of authors I stumbled through in my 20s and 30s, most of them British (surprise!)—but few of them addressed what was to me the very obvious question of superfluity. In fact, most of their arguments dissolved on contact with the very idea of a symbolic but powerless monarch. Given a monarch who “reigns but does not rule,” for example, see how useless Gibbon’s defense of the institution becomes. The British monarchy is no expedient to depriving the power of the British people to “give themselves a master.” Nor is the Danish. Nor, at this point, are they intended to be.

It took me years of life in this constitutional monarchy to finally make a monarchist out of me—or at least a monarchical republican.

The value of a royal family in a constitutional republic like Denmark is that it gives her citizens a national symbol in the form of a person—and a family. It means that although our prime ministers represent our government, Queen Margrethe represents our nation. A government is not the same as a country. Governments come and go, but a nation endures.

Government leaders are political people. They rise up through their party’s ranks and are granted power through elections in which, generally speaking, a big bunch of people vote against them. I am not a fan of Mette Frederiksen or her party. I don’t like that she runs our government. So I’m very grateful that she doesn’t represent our nation. That’s not her job. It’s the job of Queen Margrethe, and I think Her Majesty does a bang up job of it, just as Elizabeth II did in the UK.

On the flip side, I wouldn’t want a hereditary monarch having any political power of any kind. As Gibbon acknowledges, it’s entirely ridiculous that the people of a nation be passed on from parent to child like so many cows or sheep. So as grateful as I am to have Margrethe II represent me as a Dane, I’m just as grateful that she’s not calling the shots in parliament. (Well, most of the time.)

So I was very pleased to see that Jordan Peterson was recorded defending the British monarchy within hours of Elizabeth’s death last week: pleased because he makes the very same arguments that ultimately won me over to the value of a monarchy.

Peterson doesn’t merely defend the institution of (symbolic) monarchy: he also points out how desperately and stupidly America tries to turn its politicians and celebrities into a kind of royalty, into non-political symbols. (He takes a particularly hard swipe at the American idea of a “first lady.”)

Anyone want to try and argue with that?

I don’t know why he went to Trump instead of the current president, but his point remains the same: Americans treat their presidents like royalty, which is something that’s always bothered me. I’ve never understood the tradition of referring to retired politicians by their last title of office. Why do we do that? I’ve ranted about our American obsession with titles before:

We call former presidents “Mr. President” even after they’ve left office, and we do the same with senators, governors, mayors, and holders of other prestigious elective offices. Also judges. It’s a profoundly un-republican habit, and one that’s always rubbed my fur the wrong way. Messrs. Obama, Bush, Clinton, and Carter no longer hold any public office of any kind; calling them “Mr. President” until the day they die may be the tradition, but it’s a stupid and undemocratic tradition that undermines the idea of public office as a public service. It’s disgusting enough that our politicians miraculously become millionaires while working for relatively modest salaries; to bestow honorifics upon them for such grubbiness is grotesque.

While they’re in office, fine: the public entrusted them with a special responsibility, and the title is a valuable reminder that these men and women were chosen to represent more than just themselves: an entire town, city, state, or even the whole country. Out of office, they no longer represent anyone but themselves (and don’t they all do a fine job of that!), and therefore no longer warrant the honor of any title.

Of course we can’t have royals in America—it’s actually prohibited by the Constitution—but that just leaves us with a big hole in our national psyche. It means more often than not that our presidents aren’t just our chief executives, but our national figureheads as well—figureheads who are often despised by roughly half the country. Which is probably why, as Peterson points out, Americans often look to Hollywood instead of Washington for royalty.

My own beloved wife, the woman I call Herself, offered me an interesting defense of her queen back in 2002, almost exactly a year before we moved to Denmark. It didn’t persuade me at the time, but it was succinct enough that I jotted it down. I now find it charmingly eloquent in its simplicty:

But the Little Mermaid, I mean, she’s so fucking disappointing. Our queen has a lot more to offer, I think.