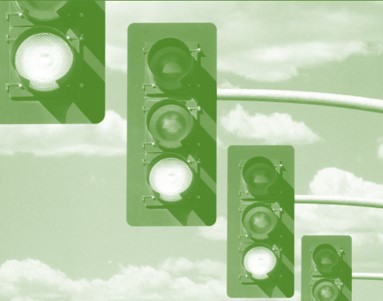 A couple of news stories and a single personal anecdote, taken together, suggest to me that something like actual life may be returning to Denmark.

It may take our politicians a while to catch up, but they’re always a lagging indicator.

Lundgren withdraws from the media: The crisis is over
Berlingske.dk, May 2

Jens Lundgren is a professor at Rigshospitalet who’s been one of Denmark’s most visible scientific authorities with respect to the pandemic. He announced last week that he’ll no longer be participating in public dialog on the subject.

Berlingske reports that he told TV2:

I went into this based on a professional assessment that crisis communication was important. And it seems to me we’re no longer in a crisis.

Denmark will soon be sending 53 respirators to India for the treatment of corona patients. Additionally, Denmark will be supporting India’s Red Cross pandemic work with 7.4 million Danish crowns, according to the report today from the foreign ministry.

That’s roughly one ventilator per 25 million Indians and about one Danish crown for every two thousand citizens. In that respect it may not seem like much, and perhaps it’s not: but it’s coming out of our pockets, and that’s significant.

Denmark became uncharacteristically (but appropriately) selfish during the pandemic, violating the Schengen agreement with its border closures and annoying the EU by attempting to side-step its vaccine procurement rules to ensure Denmark got the vaccines it needed as swiftly as possible.

That Denmark is resuming its altruistic ways, on any scale, suggests that things are under control at home: nobody goes running off to help the neighbors while their own house is still on fire.

500 gathered in Fælledparken, but no rules were broken
TV2.dk, May 2

In another sign that the crisis over, Danes may finally have mastered the art of gaming the system.

With nothing but personal experience to back me up, I’ll assert that Danes are reflexively obedient. Even teenagers. I once saw a kid in leather jacket that was branded with the anarchy symbol standing patiently and waiting for the lights to change at an intersection. It was about five in the morning and there was no traffic at all, not a single car in sight. And yet the anarchist waited patiently for the inanimate objects to tell him it was permissible to cross the deserted avenue.

This obedience only endures to the extent they can see the sense of the rules they’ve been asked to follow.

The traditional May Day events in Copenhagen’s central park of Fælledparken were canceled this year, but there were gatherings anyway. Large ones. Larger than ought to have been possible, given the 50-person limit on public gatherings now in place.

And yet they were “legal” because, thanks to our politicians’ unwillingness to interfere with last summer’s BLM demonstrations, there’s a loophole for political demonstrations. And hey, voila:

The biggest of the demonstrations was a protest against the social corona restrictions, while another demonstration was called “For rave music.” The message here was that one “loves rave music and hates racism.”

It reminds me of all those American memes advising people to throw all the big parties they wanted: all you had to do was hang up an anti-racism sign and call it a demonstration. (“It’s not an illegal wedding, officer, it’s a Marriage Against Racism and War.”)

According to the deputy police inspector the demonstrations were peaceful and there was a good mood, so the police weren’t required to take any action at any time.

The last of the demonstrations was reported to end at 3:00 Sunday morning, when the music stopped, at which point the crowd dispersed and left the area.

Our own Eldest was among the festive youth at the park earlier in the evening. Recalling the wild Fælledparken May Days of her own red youth, Herself asked (only half-seriously) how all the old communists were doing.

“I don’t know if there were any communists there,” Eldest answered earnestly, “but everyone really hated Mette Frederiksen.”

Normalcy can’t be far off.

Another sign that the entire world may be groping its way back to normal the North Korea’s return to the headlines:

North Korea to the United States: You have blundered, and in time you will find yourself in a very serious situation
DR.dk, May 2

The DR article appears to have been stitched together by reports from the AP and BBC, but the story was also covered by CNN, who include an interesting bit that DR left out:

Responding to the State Department’s comments on human rights in North Korea, the North Korean Foreign Ministry said the US “has no right to even discuss human rights.”

“The US, where innocent people lose their lives to social inequality and racism every day, where 580,000 people died of novel coronavirus, is itself a human rights wasteland,” the statement read.

Kwon Jong Gun, the director general of the Department of US Affairs at North Korea’s Foreign Ministry, said Biden’s remarks on North Korea during his speech were a “big blunder” that was indicative of an “outdated policy from Cold War-minded perspective and viewpoint.”

Think of it: this absolute enemy of the United States declares that “innocent people lose their lives to social inequality and racism every day” in America, and calls it a “human rights wasteland.”

When did North Korea get woke?

And anyway, what does it tell us that a communist dictatorship is attacking the United States with language that could have been plucked from the speech of any prominent Democrat, including the current president—or from the mouth of any CNN correspondent, for that matter?