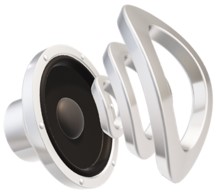 I’ve decided to try something new.

I’m going to begin posting audio recordings of my posts.

It’s just an experiment, at this point: something to play around during this vacation while I have a little more time than usual on my hands.

I worked a lot with sound design back in my theatre days, but the technology has obviously evolved since the area of cassette tapes and mixing boards. It’s gonna take a while for me to hang of it.

Which is perfectly evident when you listen to my first attempt.

So before you do, a couple of notes.

First, the intro and outtro music is the copyrighted property of Jagger and Richards. This blog is not a commercial enterprise—I make no money at all from it, in any way, so I assume the boys won’t come for my scalp.

Second, I’m obviously struggling with citations. I think it’s important to provide some kind of audio cue to allow listeners to distinguish between when I’m speaking as myself and when I’m quoting somebody else—and I think it’s also boring as hell to do a five-minute reading in a single voice. So in this first audio, you’ll hear me playing around with different accents, and in one case applying an audio effect on a long segment. It’s a little silly, even stupid, but it’s going to take some time to find the right approach. I’ll figure it out eventually.

I also bobble the word “Google” pretty badly in the middle of the recording, and I chose not to scrub it and re-record the clip because I don’t have time to be a perfectionist. If I’m going to make audios a regular feature, I’m going to have to learn to live with some mistakes.

I’m not going to be slavishly devoted to my texts. All the writing I’ve done on this blog has been intended to be read. As someone who’s spent a big chunk of his life writing scripts for the stage, radio, and video games, however, I know there’s a huge difference between writing for text and writing for voice. So two things are probably going to happen: first, my writing “voice” is probably going to change as I begin to write in a way that’ll lend itself to being read aloud. It’ll get less formal, more talky. Secondly, my readings are going to vary from what’s written on the page as I make little impromptu adjustments on the fly.

Lastly there’s the question of things that just don’t translate to the audio format, like images, links, and videos. In the audio I’m posting today, for example, I just say something like “I’ve got a link in the post” wherever there’s a link in the text. In the single case of an image—in this case, a screenshot of some Google news search results—I just read the relevant text off the image. Where there’s embedded video, I’m obviously just including the audio.

So with all that said, let the wild audio rumpus begin.

In the future, the audio will be placed at the top of every post, but for this first experiment I’m using the post I published yesterday: Ole Puddinhead Goes A-Beggin’.

And here’s the audio: