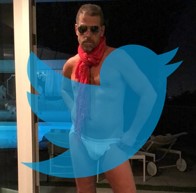 Today, Tuesday, Berlingske finally got around to reporting on the “Twitter Files” that were released Friday evening.

I wrote a couple of quick posts over the weekend anticipating the Danish coverage. (Here and here.) You can go back to the those if you have no idea what I’m talking about.

And here’s what we’ve got so far from Denmark’s pre-eminent right-of-center daily:

That’s the headline. Can’t blame Danielsen for that, but it’s telling that the editors think the newsworthy thing is that Twitter’s management panicked about their censorship of a “Hunter Biden story.”

Before I get into that, let’s remember the two key things about this story.

The first is the corruption of the Biden administration, the Democratic party, establishment news organizations, social media, and the intelligence community. They didn’t dismiss or downplay the Hunter Biden laptop back in October 2020, which would have been the normal political reaction to such an October surprise: they fabricated lies about it, pushed those lies out to the public, and insisted that the truth was a dangerous lie being propagated by the enemies of America.

The second is that the laptop appears to have evidence that Joe Biden was using the office of the Vice Presidency to enrich himself with foreign entities whose interests were not aligned with those of the United States.

Those are, as I said, the two key things. Everything else is just a distraction.

I wrote last weekend that I suspected the Danish media were being silent on the story because they were waiting for the American left’s talking points to materialize.

The American left largely chose to ignore the story as a nothingburger: “Matt Taibbi has become a PR flack for the world’s richest man,” bleated the Choir Incorrigible.

Here are the last two paragraphs of Danielsen’s article, in which he presents his own conclusions:

Twitter exercised digital censorship against a true, Biden-critical news story on the eve of the presidential election. It is possibly the biggest scandal in the company’s history. However, there is no indication that Joe Biden or his people were involved in the censorship.

That’s his conclusion, his takeaway: Twitter wasn’t directly ordered to censor the story by the Biden Administration, so the whole thing is just an episode of bad judgement by Twitter’s senior management.

That’s not the story. That’s the smokescreen designed to conceal the story.

We know, for example, that the laptop had been in the possession of the FBI for ten months by October 2020, and yet the FBI visited Twitter (and Facebook, and god knows who else) to warn them against allowing Russian disinformation they knew to be percolating out there to be shared on Twitter:

“I was told in these meetings that the intelligence community expected that individuals associated with political campaigns would be subject to hacking attacks and that material obtained through those hacking attacks would likely be disseminated over social media platforms, including Twitter,” said (Twitter’s former head of site integrity Yoel) Roth in a Dec. 21, 2020, declaration to the Federal Election Commission.

“I also learned in these meetings that there were rumors that a hack-and-leak operation would involve Hunter Biden.”

Roth’s signed declaration formed part of Twitter’s defense against a complaint by the Tea Party Patriots Foundation that its censorship of The Post was an “in­ kind” campaign contribution to then-presidential candidate Joe Biden’s campaign.

Danielsen’s reasoning isn’t just flawed, it’s a total evasion of the very obvious issues on the table. It’s a willful looking away.

It’s like a bus full of orphans goes sailing off a cliff and explodes on the rocks below, killing everybody, and you ask Danielsen what happened, and he says the bus was yellow.

Citing the far-left medium the Atlantic, he writes:

“If the government forces a private company to do as they command, then the First Amendment is relevant,” writes (the Atlantic)—but in this case, Biden’s election office did not constitute the government, and there is no immediate evidence that they forced Twitter to do anything.

(Okay, so it’s like he says the bus driver’s hands weren’t on the steering wheel, so the accident wasn’t actually his fault.)

Eager and dutiful leftist that he is, Danielsen’s entire article bends over backwards to excuse, justify, rationalize, or otherwise dismiss or minimize very particular elements within the “Twitter Files” while completely ignoring the key issues.

One: the propagation of lies, on Twitter and elsewhere, about the validity of the laptop story—and the insistence that the truth was enemy interference with an American election.

Two: the possibility so strongly suggested by the laptop’s contents that Joe Biden was enriching himself by peddling influence to foreign governments using his son as an intermediary.

The story is not about Hunter Biden smoking crack or banging prostitutes. No one cares about Hunter Biden. It’s about the evidence on that laptop, mostly in the form of emails (many of which have been corroborated), that the guy now sitting in the White House is a sleazy hustler—and may have been compromised by foreign powers.

I mean, we were all supposed to light our hair on fire over the kompromat Putin had on Trump because he’d allegedly hired a couple of prostitutes to piss on a bed the Obamas had slept in. My god, Trump would be just putty in Putin’s hands!

A sitting Vice President raking in millions of dollars in secretive and illegal deals with China ought to have the same journalists running to look up the Cantonese word for blackmail.

The only hint that anything remotely serious may be going on appears in an inset tacked onto the end of the article. Here’s the inset bit in its entirety:

THE FACTS
What was in the New York Post story?
The New York Post article described an email indicating that in 2015 Hunter Biden, as a highly paid board member of the Ukrainian gas company Burisma, introduced one of the company’s top advisers to his father, who was then the Vice President of the United States.

“Dear Hunter, thank you for inviting me to DC and giving me an opportunity to meet your father and spend some time together,” Burisma’s top adviser, Vadym Pozjarskij, wrote to Hunter Biden, according to the email.

Joe Biden’s spokespeople have denied that a meeting took place.

First of all, Joe Biden’s spokespeople have denied a lot of things and are going to have to deny a lot more, because anyone who’s followed this story knows that the emails on that laptop paint a deeply troubling picture of the current president.

Second of all, the Pozjarskij meeting is just one of those emails, and certainly not the most incriminating. Why do Berlingske and Danielsen ignore that in an email discussing the distribution of profits from a joint venture with China, Hunter specifies that 10% is to be set aside “for the big guy”—and that one of the business partners involved in that venture (Tony Bobulinski) not only verified the email, but also identified “the big guy” as Joe Biden? More than two years ago.

Why do neither Berlingske nor Danielsen explore the implications of all of that information being known before the election in 2020—and yet somehow having been ignored by most American media?

Why don’t they find it intriguing that those media insisted that the whole story was Russian disinformation until their preferred candidate was safely installed in office?

Where did the American media get the idea that this was a Russian op?

Who put that idea out there, set in motion?

Might it have something to do with the FBI—who had already been in possession of the laptop for ten months and therefore knew damn well what was on it—having made the rounds to “alert” Facebook and Twitter and whoever else to the possibility of bogus Russian disinformation having to do with Hunter Biden being released as an October surprise?

Who runs the FBI, again?

And who’s his boss?

Doesn’t it strain credulity just a little to suggest the whole idea of Russian disinformation was just something everybody simultaneously and independently decided to believe?

Isn’t it weird that despite all the people saying the whole thing was Russian job, Hunter Biden himself never denied the laptop was his?

Why were the media so eager to go along with the Russia narrative and so reluctant to pursue the actual story?

Why haven’t the media followed up with the 50 current and former intelligence officials who were so sure the laptop information was a Russian disinformation campaign that they signed a public letter to express their (catastrophically wrong) opinion?

What can we infer about our intelligence community on that basis?

Why did Joe Biden keep swearing he knew nothing about his son’s business dealings when even just the verified and corroborated information from the laptop makes it obvious he was involved quite deeply—and profitably?

Were those verification and corroboration processes flawed?

I think those are interesting questions.

I suspect most people would agree.

So why on earth aren’t the establishment media pursuing any of them?

Could it be that it’s because they’re too interesting?