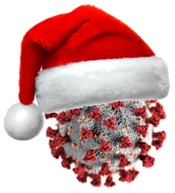 DR followed up on yesterday’s widely-run wire story about Swedish conscripts being sent home to recover from “rough treatment” with a little more depth later in the day. It doesn’t really add to or change the original story, or affect my initial reaction, but there was a bit more detail in one respect:

According to an internal report, the violations included collective punishment, vulgar jargon, lack of food, and forced participation in activities despite injuries and illness.

“Sometimes it was a physical thing—that someone grabbed you damn hard or screamed in your face,” a former recruit from the company tells SVT.

According to the recruit, he himself experienced being slapped in the face by his superior. According to the former recruit, the same officer would also say that anyone who couldn’t bench press more than 100 kilos was “gay.”

“People took it a little differently. I guess it’s something like that that’s made it end up like this,” he says.

According to the recruit, the alleged violations were something that “happened all the time,” but according to him the challenges were also an important part of the job as a soldier.

“Restrictions on food, collective punishment, and having to train during illness or with injuries was something that happened all the time. But you choose to go through with it anyway, and it’s got to resemble war. It’s supposed to be challenging,” says the recruit to SVT and adds that he does not believe that his former superior acted inappropiately.

It’s supposed to be challenging, he says. It’s got to resemble war, he says.

And war is a horror.

Metoo Update: Screwing Interns Doesn’t Contribute to the Sexualization of the Workplace

Not if you’re a woman, anyway. And if the intern you’re screwing is into it.

According to a Wednesday article from Ekstra Bladet, that seems to be the line being toed by TV2 host Cecilie Beck, who’s been outed as having had sex with a young intern while on a business trip in 2016. Beck’s male TV2 colleague Jes Dorph-Petersen was forced out of TV2 for having dallied with interns, and Beck herself bemoaned the sexualized atmosphere of her workplace in a documentary entitled “Metoo: the sexism behind the screen.”

The Ekstra Bladet article has some fun with the apparent hypocrisy of the whole thing, but the best thing about it is the March 2020 text message exchange that Ekstra Bladet somehow got their hands on. You can see a screencap of the the exchange if you follow the link to the article, but here it is in translated form (keeping original punctuation, etc).

Beck: TV2 sent me on a reporting trip with a photo student. Bad move

Unknown: Did he get a piece of Cecilie Beck?

Beck: Totally! But also a little dubious… I actually have no idea about the company rules on that kind of thing. Have never dared to ask… “Uhhhhh – can we fuck the interns? I’m just asking for a friend.”

Beck excuses herself of any wrongdoing because the deed was consensual and she had no professional power over the intern.

She also says that of course, today, she realizes it was wrong anyway and she would never do it again.

So it wasn’t wrong when she did this thing that wasn’t wrong of her to do, but she realizes it’s wrong now and would never, ever do it again.

That’s how our establishment talks. How they reason. How they are.

Keep in mind, those texts were exchanged just 18 months ago. This isn’t some youthful indiscretion from the barbaric world of the 90s or 2000s. Beck was 51 at the time she romped with the student back in 2016, and she was 55 and living in a #metoo world at the time she wrote in 2020 (with an almost audible giggle) about asking whether one could “fuck the interns.”

The thing is, I kind of like Beck’s attitude. I like the attitude of her interlocutor. This is what actual feminism looks like: a couple of women—one of them a high-powered television star—joking about a sexual escapade. Freely, lightly, merrily.

Cecilie Beck states in the documentary that, among other things, the sexualized tone “roughly speaking saturated the entire news organization.”

“Those I’ve spoken with say just as I do that there was a strongly sexualized tone in the newsroom, and that women were measured to a great extent by their value as sex objects. And that there was a very strong hierarchy in the organization—a very strong power hierarchy,” Cecilie Beck says, among other things, in the documentary.

The article wryly notes that “in this respect Cecilie Beck doesn’t touch on whether or to what degree she herself contributed to the sexualized tone, just as she also neglects to mention anything about the fact that she herself, as celebrated veteran news host, had herself had sexual relations with one of the tv station’s students just a few years earlier.”

9999 Danes tested positive for the Wuhan virus yesterday, according to the latest numbers from Statens Serum Institut.

That’s a huge number, but not a surprising one. Here’s how the new infections curve looked for Denmark this morning, before today’s numbers were released (all charts courtesy of Our World in Data):

That certainly tells a story—especially when you imagine that spike on the right thrusting all the way up to 10,000.

The political class in Denmark is getting suitably hysterical: the Prime Minister has already said today that “new initiatives are needed” to break the chain of infections.

But while that picture tells a story, there are other pictures that offer a slightly different twist on the tale.

They’ve also been rising, but they’re still only at about half the level of last winter’s peak, despite infections being roughly double what they were back then (threefold if you count the 9999). And they’ve been hovering around the same level for four or five days, even as infections have continued skyrocketing.

And then there’s the ultimate indicator: deaths.

Those are running at about a third what they did during last winter’s peak—again, despite a doubled or trebled count of infections. And you’ll notice they’ve actually been dipping slightly over the past few days.

There was an article in DR this morning to the effect that 40% of Danes being diagnosed with the Omicron variant are asymptomatic. They don’t even know they have it, which is surely the secret of its success at spreading. And in Denmark as elsewhere, those who do develop symptoms generally don’t get very sick at all.

So probably what we’re seeing is a normal seasonal resurgence of the virus, mitigated significantly by the high level of vaccinations, with a big and distracting surge in cases courtesy of Omicron.

That’s what we’re seeing from the virus, in any case. (The virus that still hasn’t killed more Danes in any flu-season length of time than the 2017-18 seasonal flu did without anyone even raising an eyebrow.)

What we’re seeing from our political leaders and our media, on the other hand, is the same sort of hysteria to which we’ve all become accustomed. Those powers they so surprisingly surrendered at summer’s end have been taken up again with great gusto.

It’s going to be a dark Christmas (again) and not because of the virus but because of our reactions to it (again).

If you live in Denmark and haven’t wrapped up your Christmas shopping, right now would probably be a good time to get that taken care of.

On a brighter note, it’s probably okay to hold off on your Easter prep.